Skip to content
HomeAgatha Christie on TV – My Top Six 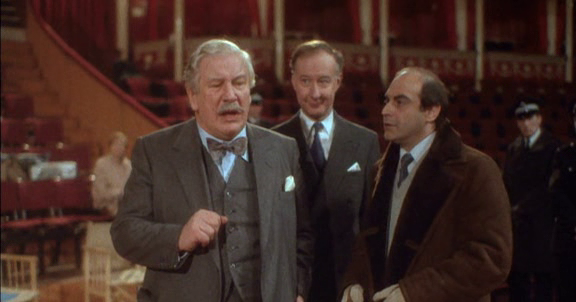 A recent post by Simply Media has inspired me to select my favourite Agatha Christie adaptations (due to the parameters of this blog I’ll concentrate on television only).

06. Peter Ustinov in Thirteen at Dinner (1985).  I’ve a lot of time for the 1980’s American Christie television movies.  They may take liberties with the source material (this one, for example, is updated to the present day – giving us the odd sight of Poirot guesting on David Frost’s chat show) but you can’t help but love Ustinov’s idiosyncratic and entertaining Poirot.

05. Francesca Annis and James Warwick in Why Didn’t They Ask Evans? (1980).  Prior to the 1980’s, Agatha Christie adaptations on television were a rarity.  This was due to Christie and later on her estate not wishing to see her stories distorted (although given some of the, ahem, more interesting adaptations during recent years I guess the copyright holders now hold a more relaxed view).  Therefore the early 1980’s ITV adaptations were something of a trial run – with Poirot and Miss Marple off-limits, ITV had to scrabble around amongst the more obscure corners of Christie’s catalogue in order to prove that they could do her works justice.

Why Didn’t They Ask Evans? isn’t classic Christie, but it’s a more than decent mystery.  Annis and Warwick, as Lady Frankie Derwent and Bobby Jones, team up nicely (a few years later they’d return to the world of Christie as Tommy and Tuppence Beresford).  Evans has another cast to die for – a pre-Marple Joan Hickson, James Cossins, Madeline Smith, Eric Porter and an amusing cameo from John Gielgud.  It’s maybe slightly too long, but it’s still very agreeable.

03. The Moving Finger (1985).  Whilst the debate about the best Sherlock Holmes isn’t clear cut, surely there can’t be much of a question about who was the best Miss Marple?  In every respect Joan Hickson wipes the floor with her ITV counterparts (as well as Margaret Rutherford – a fine actress, but no Miss Marple).  If Hickson is first-rate, then so too are the twelve BBC adaptations she starred in.  All-film productions, with high production values, they just ooze class and style.

With Roy Boulting on directing duties and some fine performances (always a pleasure to see John Arnatt and Richard Pearson, amongst others) The Moving Finger is one of the best of the early Hickson Marples.  It may not be the most taxing mystery Christie ever wrote, but it has more nuanced characters that we sometimes saw – for example, the relationship between Gerry and Megan is an atypical touch. 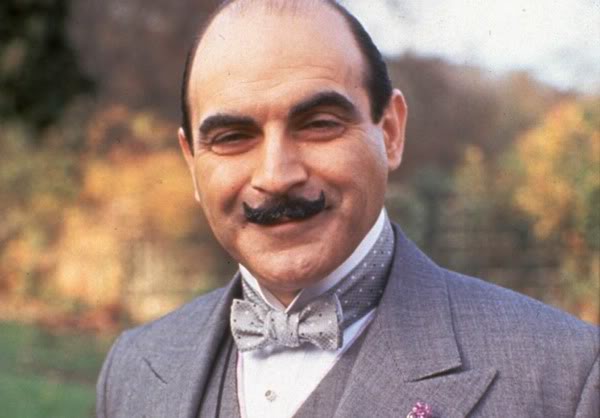 02. David Suchet in The Third Floor Flat (1989).  The Suchet Poirots were clearly following in the footsteps of the Hickson Marples with a similar glossy all-film style.  That Suchet managed to film the entire canon is laudable, although it’s a little sad that some of the later adaptations began to veer severely away from the originals.  Possibly this is why I’m most fond of the earlier runs which began by concentrating on Christie’s short stories.  It’s true that some of them are a bit thin (Christie’s early short stories can be fairly perfunctory in some respects) but the television versions are nicely bulked out thanks to the sympathetic adaptations.

01. Joan Hickson in The Body in the Library (1984).  Back to Hickson for her debut as Miss Marple, broadcast on BBC1 during Christmas 1984.  Sarah Phelps has recently restarted the tradition of a “Christie for Christmas” – hopefully her next one won’t be quite so depressing though.

Allo,Allo! fans will be able to spot a pre-Crabtree Arthur Bostrom, Jess Conrad is perfect as the pearly-white Raymond Starr, Andrew Cruickshank is an intimidating Conway Jefferson whilst David Horovitch and Ian Brimble begin their careers as Slack and Lake – two police officers destined to always be at least two steps behind the elderly spinster who may look harmless but possesses a mind like a steel trap. 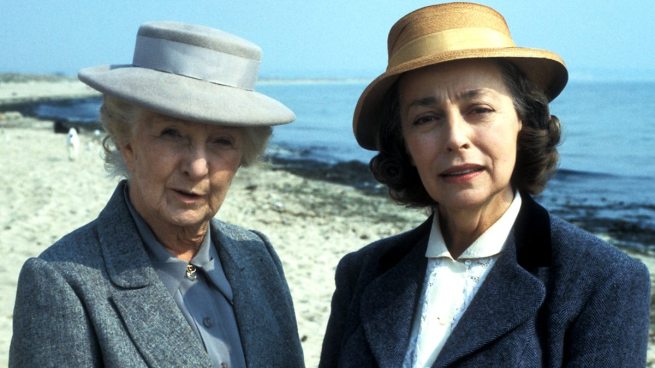 4 thoughts on “Agatha Christie on TV – My Top Six”