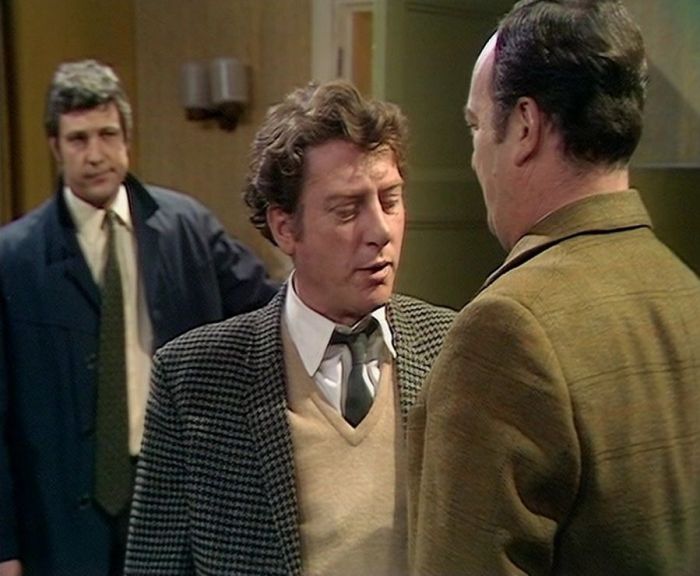 As the episode title suggests, Barlow is convinced that a supermarket manager called Dent (Ray Mort) was involved in a robbery from his store (four thousand pounds was taken from the safe). Harry Hawkins is less sure though ….

One of those episodes with a small supporting cast, An Inside Job features a memorable performance from the always-dependable Mort. Dent is obviously a weak man (capable of sudden outbursts of bluster, but easily bested by both his wife and teenage son) which makes it easy to believe that he could have given the keys to a criminal type.

Barlow’s convinced this is so and delights in putting the squeeze on the increasingly twitchy Dent. When Hawkins later queries whether he’s been too hard, Barlow responds with the flicker of a wolfish smile. You really never, ever want to get on Charlie Barlow’s bad side ….

Dent seems to have few allies. His wife – Alice (Eve Pearce) – wants to be supportive but finds it easy to believe the worst of him whilst his teenage son, Philip (Spencer Banks), delights in spilling the beans about his father’s past misdemeanours. Or was Philip simply being naïve? It’s possible to interpret his actions either way.

DC Forest has another fairly substantial role – initially teemed up with the always droll Evans – and I’m pleased to report that her performance has picked up somewhat from the previous episode.

There’s a late visit by Hawkins to a criminal hidey-hole, which is decked out in a breath-taking example of gloriously bad-taste seventies décor. The clothes, sported by Brabham (Roy Macready) and the other villains are also very entertaining.

An Inside Job, thanks to Mort, is a vaguely uncomfortable watch. Although the crime is solved, it’s plain that the repercussions will linger on (the final scene between Barlow and Dent is very compelling). 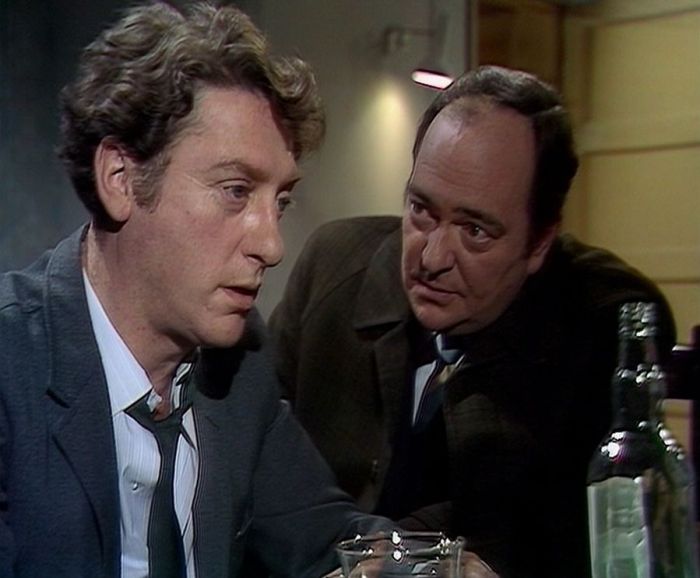