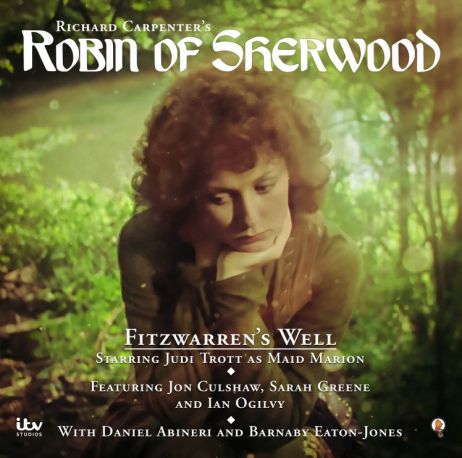 Fitzwarren’s Well is the latest welcome addition to Spiteful Puppet’s ever-growing collection of Robin of Sherwood audios and books. Released as a download at the beginning of July 2020, Jennifer Ash’s story manages to perfectly capture the tone and feel of the original series.

Fitzwarren’s Well isn’t simply a slavish recreation though, since Marion is allowed to take centre stage (something which unfortunately never happened on television). Had ROS continued for a fourth series it would have been interesting to see each character take their turn to lead an episode, and maybe Marion’s would have played out something like this.

Listening to audio plays in which actors recreate their famous television roles from decades earlier can occasionally be a slightly uncomfortable experience.  Some sound so different from their youthful television personas that considerable suspension of belief is required. There’s no such problems with Judi Trott though, who seems to have discovered the formula of eternal youth ….

On audio Trott still comes across as the Marion of old, albeit with a touch more steel (which works well in this story, as she’s forced to take charge after a mysterious fever lays most of the Merries low). I love the fact that Judi Trott repurposed the Gypsy caravan which sits in her garden as a makeshift recording studio – that just feels so right somehow. 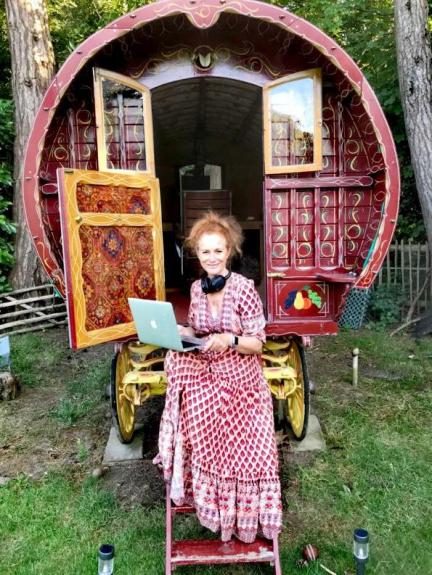 Given cryptic pointers by Herne (once again played by Daniel Abineri) Marion sets out for Beeston. On the way she runs into Will (Jon Culshaw) who had been off on an adventure of his own. This is a relief – not only because it means that Marion won’t have to keep talking to herself, but also because the Will/Marion relationship is nicely teased out as they make their way through the forest.

Culshaw might not sound exactly like Ray Winstone did as Will Scarlett, but then Ray Winstone today doesn’t really sound like Will Scarlett either. Culshaw has no problems once again in making the part his own, helped no end by Jennifer Ash’s script (I love the image of the amorous, boot-buying Will).

Ian Oglivy’s role is quite small but it’s also pivotal in teasing out the strands of the story. Sarah Greene has a more substantial part as the Lady of the Well whilst renaissance man Barnaby Eaton-Jones not only produced and directed the play, he also found time to play the boo-hissable villain Fitzwarren. Mind you, it’s impossible not to feel a little sorry for Fitzwarren at the end – not a nice way to go ….

Recorded during lockdown, all the parts were remotely captured and then expertly pieced together by sound designer and editor Joseph Fox. This isn’t an uncommon method of production, but it takes real skill to create the illusion that all the actors were together at the same time.  Fitzwarren’s Well certainly delivers on that score – not once was the spell broken for me.

With Robin of Sherwood beginning a repeat run on ITV4 soon, this audio couldn’t have come at a better time. The 43 minute play was devoured by me in a single sitting and thanks to the efforts of the cast breezed along very merrily (sorry). Along with Spiteful Puppet’s other ROS audios and books it’s well worth checking out.

One thought on “Robin of Sherwood – Fitzwarren’s Well (audio review)”