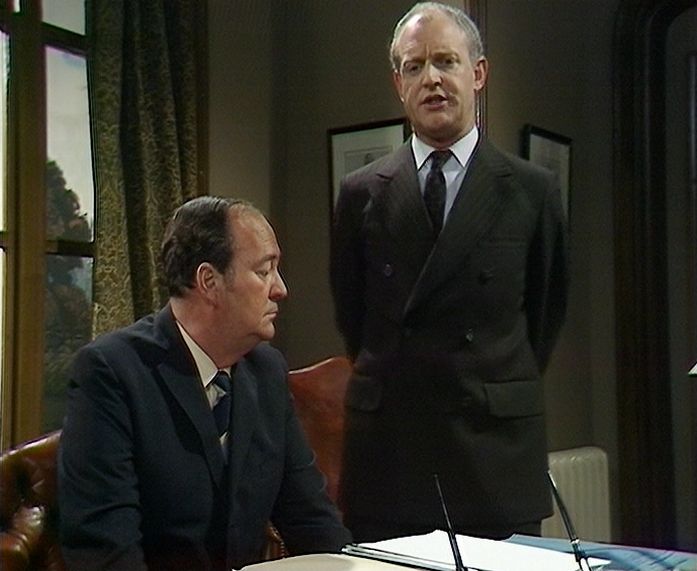 With Simply’s Softly Softly: Task Force releases seemingly stalled at series two, I’ve finally taken the plunge and picked up the German releases from Pidax.  Each of the three DVD sets contains eight episodes – all with dual German/English language tracks – although some episodes from this period are skipped (presumably because German language tracks weren’t available).

As ever, the dynamic between Barlow and Watt is fascinating. Barlow, having been away for a while, returns to find that Watt’s been efficiently minding the shop in his absence (although Watt hasn’t been averse to rifling through Barlow’s mail). Has Barlow really been romantically involved with a female informer young enough to be his daughter? The evidence of his mail suggests so but he’s not letting on.

Barlow’s keen to keep the others on their toes, intending to come down hard on any tawdry response times. But Watt rather spoils this plan by tipping the others off ….

WDC Donald has sadly departed, with WDC Forest (Julie Hallam) swiftly slotted in as her replacement. Watt’s assessment of her (“a cracker”) is an eye-opener. A professional or personal opinion? First impressions are that she’s a jolly sort as well as being practical (removing her skirt as she dives into the canal to rescue one of the villains).

A hairy Tom Chadbon (playing Andrews, one of three textile warehouse robbers) and a cravat wearing Michael Sheard (as Dickenson, the keyholder of the warehouse) are the most familiar faces guesting.

Andrews’ main skill is handling dogs (he’s able to deal with the rather vicious guard dogs on site). A tense dog-related stand off then develops when the Task Force turn up.  Andrews and the others are trapped inside the warehouse (the dogs are now released and roaming the yard) with only Harry Hawkins brave enough to chance his arm.

He loses his trousers and his dignity to the vicious canines, but I suppose it could have been worse.

A low-key sort of crime then, but Chadbon’s excellent value and the byplay between the regulars (a nice scene between Snow and Evans, for example) is typically solid.