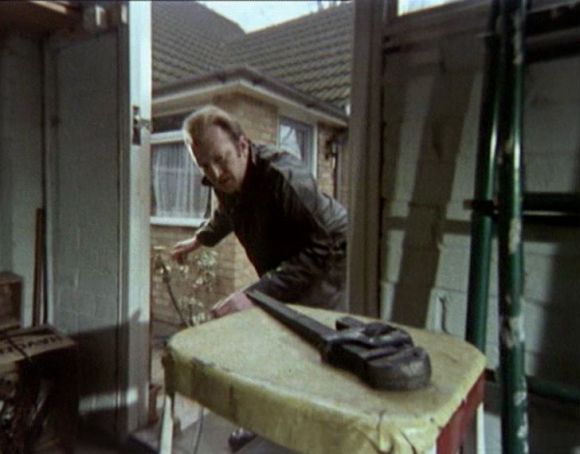 Adam Crosse (Robert Lang) finds his life turned upside down when he discovers his wife Lydia is having an affair.  Lydia (Lynn Farleigh) is unrepentant and tells Adam that she’s not prepared to give her lover up – as he satisfies her in a way that Adam never could.

But she sees no reason for a divorce and believes that everything can carry on pretty much as before.  Her infidelity is the last straw for the mild-mannered Adam though and he brutally murders her.  He then puts his experience as a journalist to good use in order to produce the perfect alibi by creating an imaginary person called Quilter to take the blame.

Everything seems to be fine at first, Adam plays the bereaved husband very well and the police seem to be satisfied.  But then Quilter turns up ……

The only episode from the fourth series to be adapted from an existing story, Deathday was written by Angus Hall and dramatised by Brian Hayles.  It starred Robert Lang, who was one of those actors whose face and voice were instantly recognisable (even if their name might have been more of a mystery).

Rarely the leading actor in a production, he built a career out of well-played character roles.  Deathday allowed him the chance to tackle a meaty role and he certainly didn’t disappoint.  At first, the story seems like a very conventional murder mystery story as we know that Adam has murdered his wife, so the question seems to be whether or not he’ll be found out.

But as this is OOTU, there has to be some sort of weird twist – and this happens when Quilter (John Ronane) appears.  He’s someone who was created by Adam to take the blame for his wife’s murder, so how can he be here?  Further disorientating sequences (bizarre shots of naked secretaries at a weird approximation of Adam’s office) help to accentuate the feeling that he’s losing his grip on reality.

Although she only has a small part, Lynn Farleigh is perfect as Adam’s coldly practical wife who can see nothing wrong with cuckolding him.  John Ronane was an actor I was primarily aware of from Strangers, where he played a very conventional character.  Ronane is certainly not conventional here – his performance isn’t subtle, but it fits the mood of the story as events begin to run away from Adam.  Susan Glanville (as Joanne) is also effective as a woman that the newly liberated Adam picks up.  But she’s simply another step in his eventual downfall.

Deathday is a strong story, which although far removed from the SF tales which dominated the first three series, has a memorable plot and a satisfying climax.

Next Up – Welcome Home 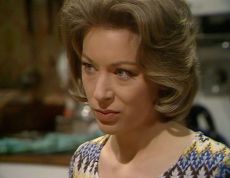