The first episode of the series proper, it’s plain within the first few minutes of Once Your Card Is Marked that some retooling has gone on since the Storyboard pilot (which I need to write a few words about sometime).

Mr Palfrey (Alec McCowen) has been stripped of his swanky high-tech office and instead is now working from a rather pokey room very close to Westminster.  The heating doesn’t work, there’s terrible modern-ish art on the wall and he’s forced to share a secretary – Caroline (Briony McRoberts) – with some of the other inhabitants. We never discover who they are – need to know, of course.

The Palfrey of the Storyboard pilot was fairly autonomous, so the fact he’s now given a new and domineering boss, known as the Co-Ordinator (Caroline Blakiston), and an assistant – the strong and taciturn Blair (Clive Wood) – are signs that his wings are being clipped.  But having said that, the move to Westminster is presented as a promotion not a demotion, although since this is a spy series it’s probably wise to parse every statement (however innocent seeming) for alternative meanings.

The Co-Ordinator comes across a fairly unsubtle Mrs Thatcher analogue. And even though the concept (and indeed the name) seems to hark back to Callan‘s Hunter, the byplay and one-upmanship between McCowen and Blakiston remains highly entertaining throughout the episode.

One of the most intriguing things about Once Your Card Is Marked is the way that on first viewing it looks to have a major flaw. Namely the fact that the Co-Ordinator appears to have shown a massive error of judgement in assigning Palfrey to investigate Springer (David Buck), a man suspected of passing secrets to the Russians during his Embassy residency in Prague.

The Co-Ordinator is convinced that Springer is guilty and makes it clear to Palfrey that his job is simply to confirm this as quickly as possible.  But the stubborn Palfrey continues to dig until the messy truth is revealed ….

One death later, the Co-Ordinator blames Palfrey for this debacle (if only he’d followed her instructions then there would have been no need for such extreme measures).  But did she genuinely believe that Palfrey would be compliant right from the start or was the whole operation designed to produce this very effect? Now that Palfrey has learnt what happens when he pursues his own agenda, possibly he’ll be easier to control.

Either of these two readings are valid, which I tend to feel was a deliberate move on George Markstein’s part.

McCowen is tremendously watchable throughout. Decades after my memories of the specifics of the episodes had faded, my recollection of Palfrey – master of the knowing stare – remained strong. David Buck is good value as the twitchy Springer whilst Valerie Holliman – later a London’s Burning regular – has a pivotal role as Susan (Springer’s devoted girlfriend). Alan McNaughtan and David Quilter bulk up the quality of the guest cast a little more – both their characters serve as decent red-herrings.

Given Markstein’s involvement with Callan, it’s not too surprising that this episode has some strong Callan echoes (most notably when Palfrey brushes up against a mysterious and ruthless ‘Section’ that doesn’t officially exist).

A shame that George Markstein only wrote one further episode as he really seemed to have nailed the world of Palfrey even this early on. The previous time I rewatched the series I had a faint air of disappointment that the remainder of the run didn’t quite match the Storyboard pilot and this opening episode. Maybe this time around I’ll have a different opinion … 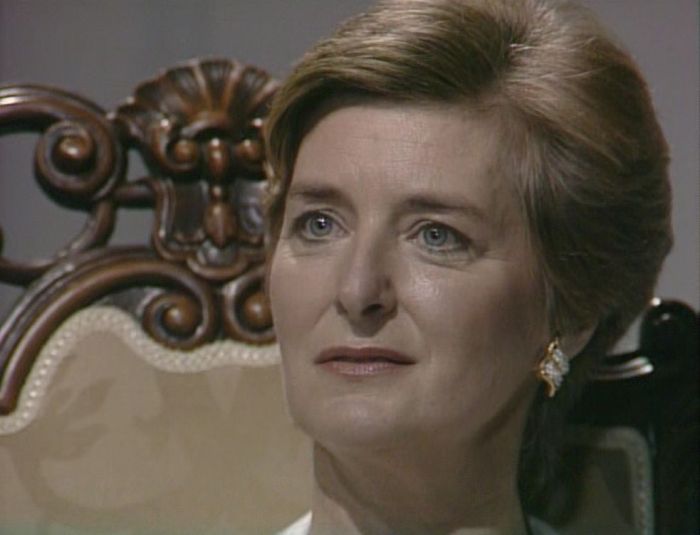 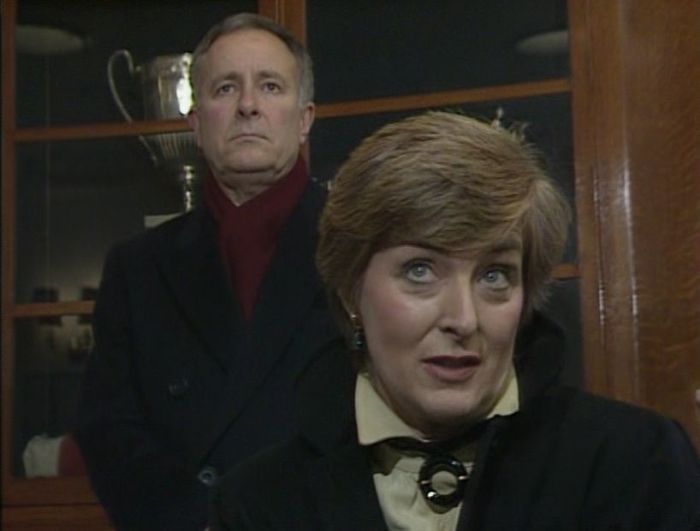 Michael Chapman’s The Honeypot and the Bees feels quite different from what’s come before – this is mainly due to the way that Mr Palfrey is sidelined until the last twenty minutes or so. Therefore whilst Blair is following this week’s person of interest, Air Vice-Marshal Conyers (Richard Johnson), Mr Palfrey is spending his time critiquing the singing talents of choirboys ….

It has to be said that part one is a bit slow.  But then it does need to set up the mechanics of the story – namely the fact that Conyers is conducting an affair with Anna Capek (Catherine Neilsen), the stepdaughter of a known foreign agent, Stefan Horvath (Denis Lill).

But there are some areas of interest – chiefly the scenes where Conyers is seen interacting with (for the time) some cutting edge computer technology.  Floppy discs are very much the order of the day here. In a pre-internet world, crucial defence information is stored on a single floppy disc and this could spell disaster for the NATO alliance if it fell into the wrong hands.

This seems a little hard to believe (network computers were around at this point and would have negated the need for Conyers to carry the disc on his person at all times) but for the sake of the story we’ll have to let it go.

The relationship between the Co-Ordinator and Mr Palfrey has undergone something of a gear change since last time. They don’t interact a great deal, but when they do they appear to be on the same side.  However it may be that Mr Palfrey is simply keeping a quiet counsel – for example, when the Co-Ordinator speaks to Admiral Frobisher (Frederick Treves) Mr Palfrey maintains a watching brief for a while. What he’s thinking about we can only guess.

Alec McCowen had an excellent gift of stillness – Mr Palfrey often appears to be immobile and slow to respond, but the fact that McCowen is so frequently dialled down only serves to heighten the focus on Palfrey’s character. Palfrey’s pleasant (on the surface anyway) interrogation of Conyers’ daughter, Melissa (Leonie Mellinger), is the point where he really starts to go to work.

It doesn’t quite hit the heights of Markstein’s efforts, but The Honeypot and the Bees, once it gets going, is very worthwhile. And whilst he may not be a household name today, Richard Johnson’s casting would have been something of a coup at the time (the fact his name comes up last on the credits seems to be acknowledging this).  At first Conyers – by falling for such an obvious trap – appears to be extremely foolish, but by now the viewer should be wary about taking everything they see at face value. 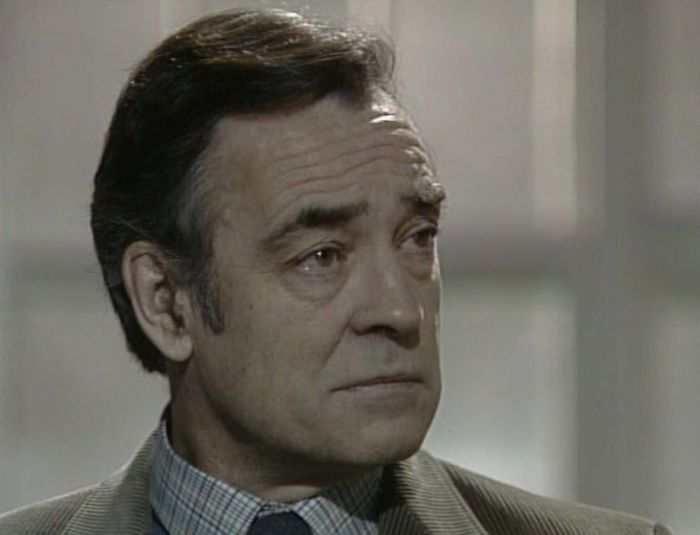