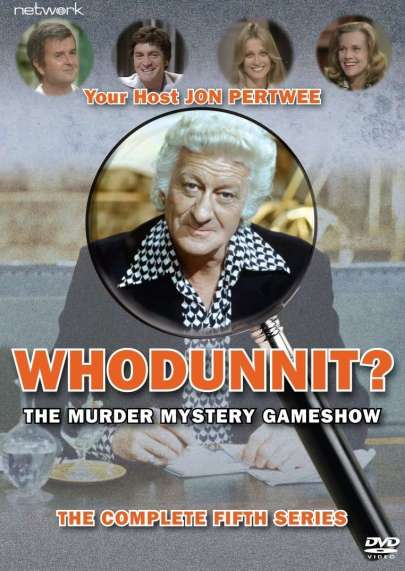 After something of a gap (mainly due to Network negotiating a new ten year licencing deal with ITV Studios) it’s pleasing to see a number of archive television titles are listed as forthcoming on their website.

Whodunnit? – Series Five is particularly welcome – it’s a lovely slice of 1970’s nostalgia with many familiar faces (both on the panels and featured in the playlets).  After a somewhat shaky start (I love Edward Woodward but he was never best suited to the role of panel-game host – see series one for evidence of this) the programme was firmly in the groove by this time, helped no end by Jon Pertwee.  As ever with Network, there’s always the possibility that release dates will slip, but at present it’s scheduled for release at the end of April 2015.

Doctor Who star Jon Pertwee is your host in this highly popular, light-hearted panel game which invites viewers to play detective – pitting their wits against a panel of celebrity sleuths to solve a fictitious murder mystery.

Devised by comedians Jeremy Lloyd and Lance Percival, the show’s brilliantly original formula presents short dramas laden with clues – and a few red herrings – to be pieced together by the panellists who, having grilled the suspects, point the accusing finger at the likely felon…