Servalan’s always been insanely ruthless, but Children of Auron is extreme, even by her standards.  She infects the whole population of Auron with a deadly pathogen to achieve two goals – firstly to capture the Liberator and secondly to continue her bloodline.

She explains why capturing the Liberator remains such a high priory – with the Federation in tatters she’ll be able to take control again quicker with the most powerful ship in the galaxy.  Does this really make sense?  The galaxy’s a big place and the Liberator, powerful though it is, is only one ship.  I can’t see that it would make that much difference (and anyway, it’s not ships she needs but good men).  The fact that she effectively wants to have children (although the technique on Auron is only able to create clones of herself) is even more startling.  Servalan’s never shown any sort of maternal instinct, so this revelation is rather hard to take.

It was perhaps inevitable that we’d return to Cally’s home planet one day and although there isn’t a great deal of time to develop its backstory, we still learn a little.  C.A. One (Ronald Leigh-Hunt) has kept Auron strictly neutral – any contact with outsiders has been discouraged, but the unfortunate result is that the pathogen is able to spread unchecked (few of his people have any sort of resistance to space viruses due to their strict isolationist policy).  It’s a shame that Leigh-Hunt doesn’t essay a subtler performance, as C.A. One ends up as little more than a bluff blusterer.

Cally has an identical twin, Zelda.  Given Auron’s skills in cloning this is reasonable enough (although credibility is stretched later in the series when we meet Tarrant’s identical twin – no cloning involved there).  Zelda isn’t a very proactive figure and doesn’t do a great deal to further the plot (although she has an inevitable and pointless death).  It’s a pity that more couldn’t have been done, as her demise does feel like a wasted opportunity.  Jan Chappell is, of course, excellent as both Cally and Zelda – especially when we see Cally take on Avon.  Avon is keen to head to Earth for a mission of vengeance (sowing the seeds for Rumours of Death).  Even when the plight of the Aurons is known he’s still disinclined to get involved, so there’s a nice tension that exists between them (which pays off later in Sarcophagus).

If Servalan’s going to rebuild the Federation then she needs good men, but alas they seem hard to find.  In Children of Auron she’s lumbered with a right pair – Deral (Rio Fanning) and Ginka (Ric Young).  They spend most of the episode bickering (Ginka’s unhappy that Deral was promoted ahead of him) and generally bumbling about.  Deral is unable to capture the Liberator even when only two of the crew are aboard and one of them is Vila, now back to his default setting of cowardly.

Ginka’s lack of judgement is even more striking.  Avon, Cally and Tarrant are taking refuge in the replication plant – they know they’re safe there, as Servalan wouldn’t destroy her own clones.  But Ginka is able to convince her that Deral switched her genetic material for his, so she gives the order to fire.  As the plant is destroyed Jacqueline Pearce gives one of her finest performances in the series – Servalan clearly feels intense pain as her clones go up in flames.  But Ginka obviously never stopped to think that possibly, just possibly, Servalan wouldn’t be terribly pleased when she discovered that he’d tricked her (as I said, he’s not the sharpest knife in the draw).  So he’s not long for this world (and neither is Deral) which leaves Servalan with yet another staffing crises.  Possibly she’s pining for the good old days with Travis.

If Auron remains a rather undeveloped world and Servalan’s schemes are barmy, that doesn’t stop Children of Auron from being a strong mid series episode.  Sandwiched between City at the Edge of the World and Rumours of Death it probably slightly pales in comparison, but it’s still much stronger than the likes of Volcano and Dawn of the Gods.

Ten points docked for the final scene though, as everybody has a good laugh on the bridge of the Liberator.  It’s not the first time it’s happened (the crew had a chuckle at the end of Breakdown, seemingly oblivious to the loss of life they’d just witnessed) but again it just feels so out of place.  We’ve just witnessed a planet devastated, so a little show of solemnity wouldn’t have been out of place.  Apart from that, this is decent stuff. 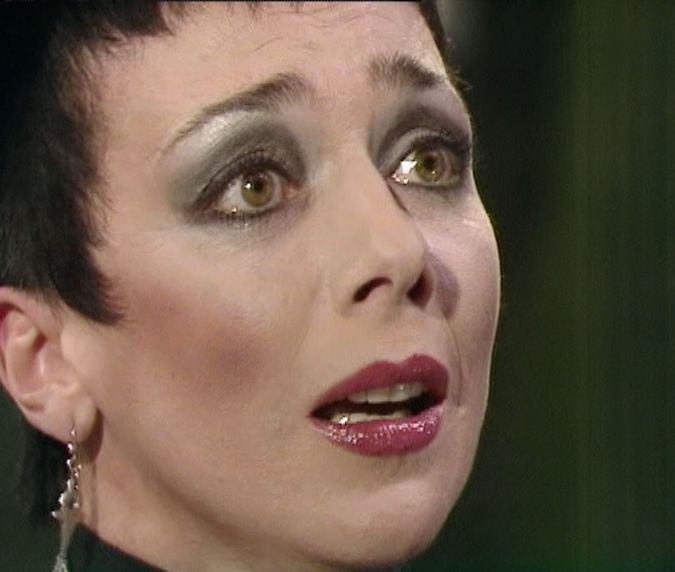