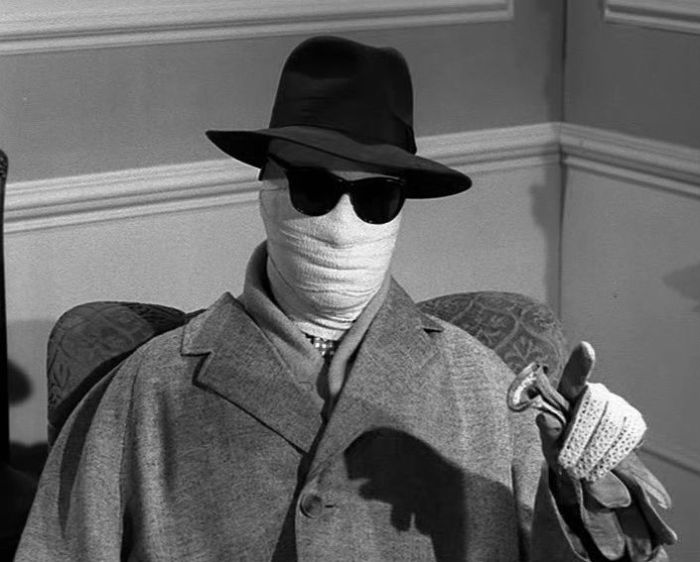 Although Secret Experiment retains some story elements from the pilot, it’s still a significant retooling which results in a much stronger episode.

Here, both Brady’s employers and the government show immediate interest in the possibilities and dangers of an invisible man (the pilot never touched upon this). In the aftermath of the experiment, Brady finds himself held prisoner as both parties debate the implications. The government are keen to keep the news under wraps, so no newspaper headlines or television vans are seen.

There’s no suggestion that they want to use Brady’s invisibility as a weapon, it’s simply that they don’t want others to do so. Brady manages to escape quite easily (he is invisible after all) but he’s now a hunted man. Later he sums his situation up. “I’ve become an official secret. I’m to be filed away, locked and guarded.”

As in the pilot, Brady calls his sister (renamed Diane) to warn her that he’s not the man he was, although this story element now makes more sense (here the phone box is some distance from their home, in the pilot it was just a few paces away. Why bother to phone when you’ve virtually arrived home?)

Brady doesn’t want to remain invisible and with his employers appearing to be somewhat unfriendly there’s only one man he can turn to – Dr John Crompton (Michael Goodliffe). Crompton, like Brady, has been working in the field of invisibility, but he turns out to be a treacherous ally.

Our initial sighting of Crompton provides us with several signifiers which appear to suggest that he’s a decent type – he lives in a comfortable cottage, smokes a pipe, etc – but for him invisibility is simply a tool for personal gain (no door, not even the Bank of England would be closed). Brady isn’t interested in exploiting his new-found skills though, he’d trade them in a heartbeat for a normal life again. The two scientists are therefore diametrically opposed – Brady is altruistic, Crompton avaristic.

Goodliffe always had a considerable screen presence and he’s his usual reliable self here, even managing the tricky feat of convincing us he’s being attacked by an invisible man! As we’ll see again and again, the twenty-five minute format is a restrictive one – most especially it limits character development. So the series needed strong actors, like Goodliffe, who could make an immediate impression.

By focusing on Brady’s plight, with no bank robbery diversions, Secret Experiment turns out to be a much more satisfying introduction to the series than the unaired pilot was. It’s just a pity that the subplot of Brady being an outsider, on the run from the authorities, was dispensed with so quickly.