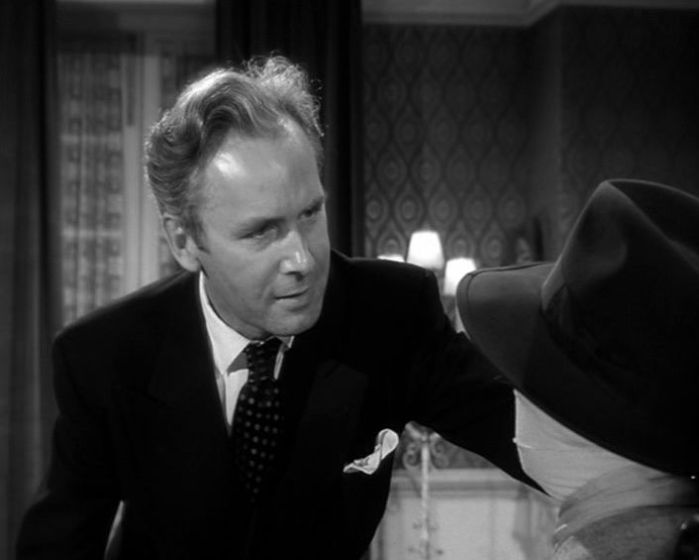 Strange Partners is one of the more satisfying Invisible Man episodes.  It’s powered by Jones’ portrayal of Lucian Currie, a man who is clearly teetering on the edge of sanity but nonetheless is still able to generate an air of civility.

Currie’s scheme is straightforward – Vickers has a weak heart, so if Brady punches him hard then the shock should be enough to kill him.   Because Vickers always travels with a devoted bodyguard, Ryan (Robert Cawdron), Currie can’t carry out the crime himself, hence his need for an invisible man.

And how can Currie guarantee Brady’s co-operation?  Currie has a dog, Juno, trained to detect Brady, even when invisible, and he’s more than capable of stopping and killing him if he attempts to escape.

Currie makes great play of the fact that Juno’s a killer, although it’s plain that the dog chosen to play the part is rather more benign – some of the dubbed on barks are fairly obvious it has to be said.

Griffith Jones’ career started in the 1930’s and amongst his early notable appearances was the role of the Earl of Salisbury in Laurence Olivier’s 1944 film adaptation of Henry V.  He’s easily the standout performer here – next to him Brady seems somewhat pallid (although since Currie holds the upper hand in the early part of the story that’s reasonable enough).

Patrick Troughton has less to do and his heavy make-up – no doubt intended to indicate Vickers’ illness – is a tad distracting.  Jack Melford, another of those actors with an incredibly impressive list of credits, has the small, but key, role of Collins – Currie’s butler and partner in crime.

When Currie and Collins make a late break for freedom, we’re treated to another example of Currie’s instability.  He’s driving in an increasingly reckless way, which concerns Collins, but Currie is past the point of rational thought – if they crash and die, so be it.

Restricting much of the action to Currie’s house is one of the reasons why the story works as well as it does.  Some other episodes attempted to cover too much ground which could be a problem with only twenty five minutes to play with.  Strange Partners, by being more restrictive, turns out to be a more rewarding experience.

Possibly the only major weakness revolves around Vickers’ amazing powers of recovery.  Early on, Currie does admit that although Vickers is an ill man, he’s hung on for the last fifteen years (which is quite impressive).  Even more impressive is the fact that after he’s attacked by Currie (who used the confusion caused by Brady’s escape attempt) he still manages to survive.  Given all we’ve been told, Vickers should really have been dead –  but possibly there was a slight squeamishness about this occurring in a programme which was pretty family friendly.

Aside from the solid story, there’s a couple of nice invisible moments at the start.  We see Brady winding up his clock and preparing for a good night’s sleep (an indentation in the mattress).  Overall, this is a good ‘un. 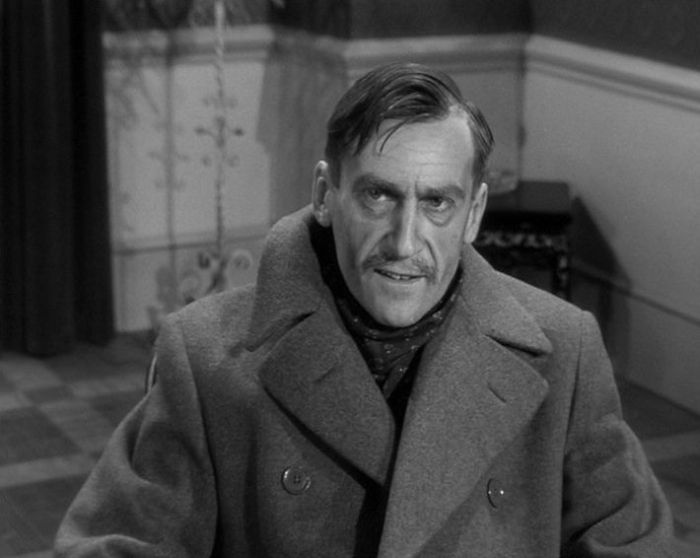