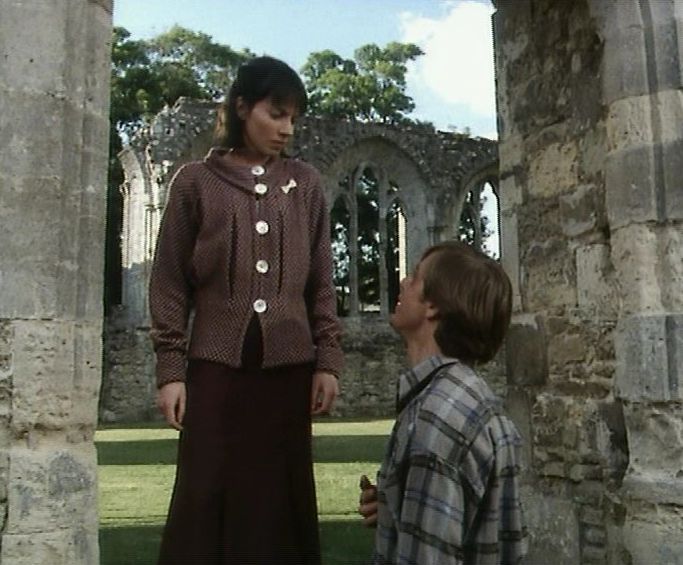 Episode eight opens with William’s departure.  It’s obviously a sad moment, although the mournful incidental music rather hammers this point home.  It’s characteristic that Gerald, instead of Polly, is the one who consoles Abby afterwards.  Even at this point, with Abby at her lowest ebb, Polly obviously can’t summon up even a smidgen of maternal instinct.

The revelation that Abby is Charles’ daughter was enough to make him drop the marina project, but the fallout continues here.  Gerald always knew he wasn’t the real father but was unaware that Charles was.  This places Gerald in an untenable position – businesswise – and he resigns.  Charles sees no reason why it should make any difference, but he makes no attempt to stop him either.  This is a typical reaction from Charles Frere – he values Gerald as an associate, but is not prepared to beg him to stay – if he wants out, then he’s out.

It leaves Gerald looking like a man of principle, but also as someone who’s rather weak and foolish.  He later tells Polly that he’ll be able to set up on his own, but even he doesn’t sound convinced by this.  Polly, of course, is far from pleased.  She can see her comfortable lifestyle evaporating, once Gerald starts again from scratch (which isn’t something that she’s prepared to accept – divorce would be better than that).

It’s been established in the previous series that Abby and Gerald have never really connected in a daughter/father way.  They seem to be making up for this now, although his next conversation with her – he tells her about her parentage – is a difficult one.  Abby’s reaction is interesting – she’s not particularly upset (or if she is, then she hides it well).   Instead, she treats it as an explanation as to why she’s never fitted in (she later admits that she could easily believe that Polly wasn’t her real mother as well).

Abby and Polly have a heated discussion later, which ends with Polly giving her daughter a hard slap.  Ouch!

Dawn is a fast mover.  Having only just met Jack, she already seems to have moved in (we see the pair of them first thing in the morning, making it obvious that Dawn’s spent the night).  If Jack’s sudden interest in all thing carnal seems to come out of nowhere, then the revelation that he owes nearly ten grand to a bookie is another bolt out of the blue.

True, we’d seen earlier on this series that he’d helped Kate to win a tidy sum at the races (plus it was mentioned in passing last episode that he was spending all his time at the racecourse rather than at the yard) but it would have been better had this plotline been developed a little more.  Otherwise it all ends up feeling rather artificial.  In order to settle his debts, Jack offers 25% of his stake in the Mermaid to Relton Marine, which Avril later buys back – at a price.

Once Dawn knows that Jack’s got financial problems she beats a hasty retreat.  No-one can say that she’s not a transparent sort of person.  She then runs into Ken, who after rubbishing Jack as a “sugar daddy”, make her an offer she can’t refuse.  Ken might be down at present, but with Dawn’s contact (in the power boats business) he’s already planning to bounce back …..

Leo continues to keep Abby’s spirits up, although his choice of venue (as she says herself, “a ruined Abbey”) possibly wasn’t terribly tactful.  The later conversation between Jan and Leo is a revealing one.  She’s tagged Abby as manipulative and self-centred and tells Leo that when he’s no longer of any use, she’ll drop him.  This is a terribly unflattering analysis which says more about Jan that it does about either Abby or Leo.

Is she subconsciously thinking about herself and Ken?  Both Jan and Ken have declared their love for each other on numerous occasions – but Dawn accurately surmises that Ken is partly interested in Jan due to her breeding (he sees her as his entry ticket into a higher social circle) whilst Jan is undeniably interested in his money (without it, she can’t grow her business).

If Jack’s problems with the gee-gees comes out of nowhere, then the engagement between Lynne and Claude is something else which happens with unseemly haste.  Partly this is due to the fact that there’s only thirteen episodes to play with across series two, but it’s all a bit sudden and whirlwind.  Jan’s not happy (once again Jan Harvey gets to practice her disapproving face) but she later comes round a little.

The Mermaid Yard are moving into the future.  They’re going to buy a computer!  No prizes for guessing that Jack’s less than impressed (“that thing’s going back, right?”).  And when he retreats into his office for a quick swig of booze, it’s further evidence that he’s gone off the rails again.  The late arrival of Kate, with her mission to chivvy Jack into mending his ways, is a delight.  Kate Harvey, as ever, delivers a good dollop of common sense and Dulcie Gray is once again immaculate.

Tom’s boat design continues to be called into question by both Bill and Avril, although Tom is still ignoring them.  Last time you could explain this away (Lynne was adrift and uncontactable in the Barracuda, so Tom was preoccupied) but his continuing pig-headiness is harder to understand.  At times he seems more inflexible and autocratic than Jack, but the events at the end of this episode suggest that he should have listened to them …. 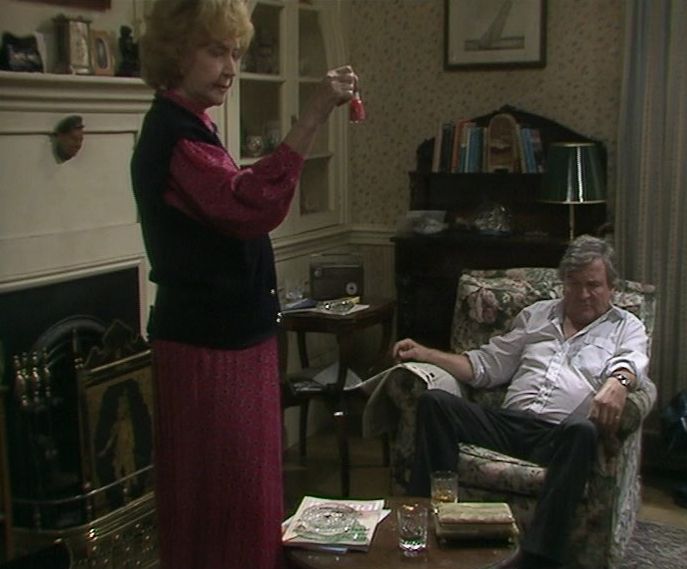