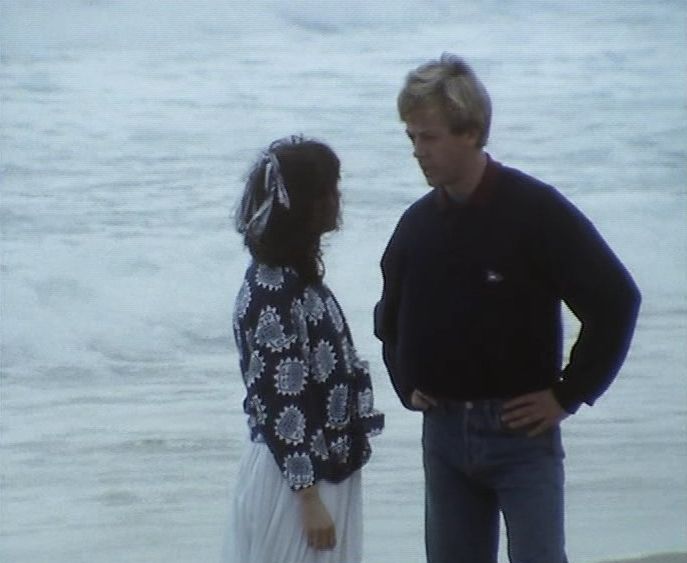 There’s a few strangers round Tarrant way this week. First to pop up is Roy Johnson (Pip Miller), an old buddy of Ken’s. Although perhaps “buddy” is stretching it a bit far (the fact that the soundtrack is set to ominous and threatening makes this rather obvious). Johnson has an absent brother (if you think of the Piranha brothers then you won’t be too far off the mark) although it’s the present Roy who helps to shine more light on Ken’s dodgy earlier life.

A more convivial and real buddy is Scott Benson (Paul Maxwell) who gives Jack the surprise of his life. They were old war comrades back in Korea and Scott explains to a slightly rapt Abby and Leo just how much of a hero Jack Rolfe was back then. Scott’s story seems to be such a cliché (Jack saved his life under heavy enemy fire) that it’s slightly hard to take seriously, but it is presented dead straight.

Jack Rolfe as a military hero, complete with medals, takes a little processing – although Scott, still mourning the recent death of his wife, hasn’t returned to publicise his old friend’s former gung-ho ways. Instead, his presence adds to the general reflective nature of the episode, as many of the regular characters – not just Jack – seem to be at something of a crossroads in their lives.

Leo is bluntness personified with Abby, telling her that any court would probably decide that William would be better off with his American family.  After all, what can a penniless Abby offer in return?  Leo seems rather to be ignoring the wealth and influence of both Charles and Sir Edward, but maybe he was deliberately being harsh in order to try and snap Abby back to reality.  Telling that that he’s prepared to walk away from her might be part of the same plan …..

Now that the story about Sir John Stevens’ financial mismanagement has been made public, he needs friends.  He’ll always be able to rely on good old Sir Edward won’t he?  Nigel Davenport flashes a wide crocodile grin that should give you the first inkling that poor Sir John’s going to be thrown to the wolves.  They might be old, old friends, but there’s clearly no room for sentiment in business.  This may appear to be the end of Sir John’s story, but not so – he remains a regular in the series right up until the end, although – as with many characters – his allegiances shift over time.

Avril – disgusted at the way Charles fires Sarah – is still considering a take-over of Relton.  Remember when Charles didn’t want any truck with business, instead he was content to potter around the art galleries, operating as a bountiful benefactor?  That all seems an awfully long time ago, as we see him and Avril enter yet another round of sniping and name-calling.  There still something of a spark between them (Charles optimistically considers that they have a relationship still worth saving) but maybe it’s just the last flickering embers ….

Sir Edward’s latest cosy chat with Jan is one of his most fascinating.  We learn for the first time that (contrary to the picture painted by his PR people) his family haven’t owned Highfield for generations, instead his grandfather sold coal from a market barrow.  That Sir Edward had such a combative relationship with his father seems, possibly unconsciously, to have affected the way he’s always treated his son.  Even though Sir Edward can still recall the only time his father struck him, no lesson seems to have been learned from this moment.  Instead, he was as equally distant to Charles when he was growing up, resulting in their current, frozen, relationship.

Rather uncharacteristically, Gerald indulges in a spot of insider-trader to make a tidy profit.  The way he explains this to Polly (in a slightly shamefacedly way) does rather make the point that – despite his protestations – he knows he’s been a little naughty.  An odd thing for Gerald to have done, as he’s always seemed to be above that sort of thing (so either we don’t know him as well as we think we do, or the scriptwriters have suddenly decide to spice him up a little).

Tom and Jack start the episode all smiles.  Tom finally tells Jack that he thinks his Orkadian design is first-rate – which pleases Jack no end (Tom might not be a designer of wooden boats, but his opinion is still worth something).  The long-term HW watcher will probably be asking themselves exactly what Jack will do to break this fragile entente cordiale.  Why, he offers the American rights of the Orkadian to Scott of course, managing the neat trick of irritating both Tom and Avril at the same time.  I love Jack.

How many times has Jan refused to marry Sir Edward?  I almost wish now I’d kept a tally as I worked my way through these episodes, but this most recent one (“I am not for sale”) must surely be her last word on the matter.  Mind you, I did think that last time.

Ken and Avril form a potentially unholy alliance. All business of course, but the possibility that they might start a relationship is so mind-bogglingly bizarre that I’d love to see it. They’re hanging out in what I’ve now decided must be Tarrant’s only restaurant, and when Ken spies Sir Edward and Jan close by (of course, remember what I said about the lack of eating facilities elsewhere) he tells Avril that his own designs on Jan are all in the past. So was the end of the previous episode just a false cliffhanger or is Ken lying again? Time will tell. 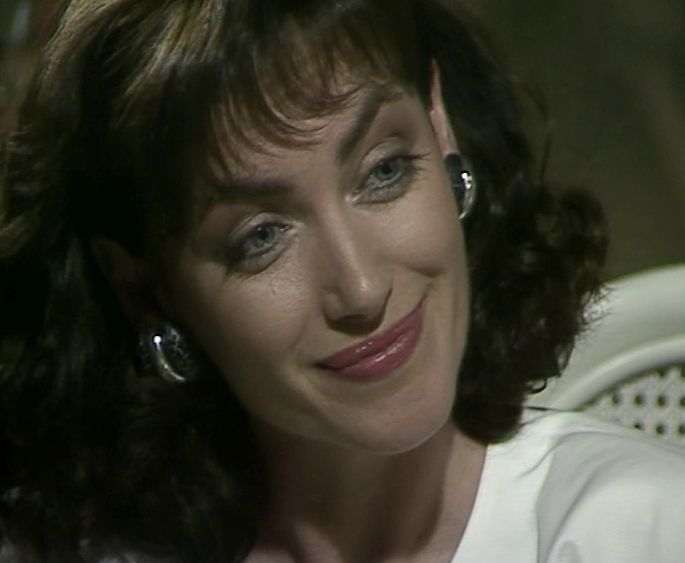