Back in those far off, pre-internet days, Telly Addicts was required viewing since it offered brief, tantalising glimpses into a television past that was otherwise pretty much off limits (look! A clip of Arthur Haynes …).  Today, of course, the archive clippage is less compelling, but it’s still an entertaining quiz.

As was usual, the Christmas special is something of a celebrity fest.  The Crackers (Graeme Garden, George Layton, Liza Goddard, Frank Carson) find themselves locked in a bitter battle with the Clowns (Chris Tarrant, Barry Cryer, Jessica Martin, Jim Bowen).  For some reason (self indulgence maybe) Noel Edmonds dubs each of them with a fictitious soap opera name.  Cryer is gifted the moniker Hugh Jampton, and no doubt he – and the older members of the audience – would have immediately understood the reference.

Memorable rounds include Guess Who, which sees ordinary members of the public stopped in the street and asked to describe a television favourite.  This sounds fair enough, but pretty much everyone picked looks a little, well … odd.  You have to assume that the television crew let the ordinary looking people pass by – it was the nutters they wanted ….

Sing the Sig is also good fun, whilst a clip from the Golden Girls seems to demonstrate that nobody on the Clowns team ever watched it.  We also get to see just the mildest amount of needle between Chris Tarrant and Noel Edmonds whilst Frank Carson (for him) is fairly subdued – although his exasperation in the final round (“why ask me? What’s wrong with them?”) is a joy. 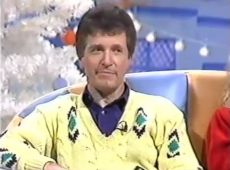 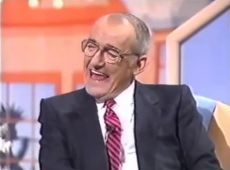 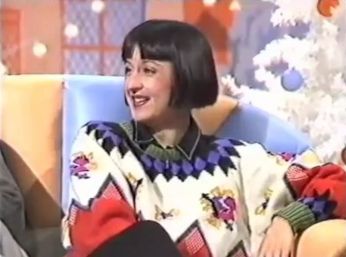