Splinter are the first act to brave the stage tonight. A five piece (three women, two men) they give the sort of performance which seemed to be tailor-made for clubland. With each member of the group taking turns to trade vocal lines, it’s clearly a song that went down well with the audience – at the end we see a beaming lady of a certain age whilst a cloth-capped gentleman, fag in mouth, also gives them a hearty round of applause.

Norman Collier does his act with the dodgy microphone. Some unkind people might way that was his act, but he has more than one string to his bow. I wonder if his hats routine predated Tommy Cooper’s? But Collier sings as well as changes hats (which is something – possibly mercifully – Tommy never did).

Like a number of other performers, Kathy Kirby’s appearance at the Wheeltappers was an accurate summation of the current state of her career. One of the top female performers of the 1960’s, by the early 1970’s her professional life was stuttering somewhat, which makes it entirely probable that she would have had to ply her trade in venues such as this one. Her various obituaries, which appeared in 2011, filled in some detail about her career freefall.

She belts out a good version of You Won’t Find Another Fool.

Kirby then introduces Here I Go Again as the song she wanted to release as her latest single, but due to record company pressure was prevented from doing so. This might explain why she’s a little emotional at the start, although she rallies as the tempo picks up.

After the emotional drama of Kathy Kirby, Jackie Allen and Barbara offer some light relief on the xylophones. Jackie dishes out some baby xylophones to selected audience members which adds to the hilarity as he attempts to teach them how to play. Interestingly – well I think so – when Jackie began his career he was partnered by his cousin Barbara. But when his wife-to-be, Irene Spencer, took her place, they decided to keep the name “Barbara”. They had a long career, first appearing on the wireless via shows such as Variety Bandbox and Workers’ Playtime which – prior to the dominance of television – united a large part of the nation.

Today’s show must have been underrunning as Bernard is given the opportunity to do a spot of crooning. It’s always a jolt to realise that Bernard Manning could carry a tune very well.

Victor Burnett is an old-style sort of magician. No rabbits alas, but top hats are in evidence. The fact he remains mute means that the illusions have to do the talking for him. There’s nothing staggering to be found here, but I daresay it’s an accurate picture of a typical club magicians act, so it’s of interest from that perspective.

Frank Ifield, like the other headliners from this era, doesn’t have a great deal of time to make an impression, but thanks to an energetic Waltzing Matilda (he’s Australian you know) he manages to engage the audience. I would have liked to hear I Remember You, but you can’t have everything I guess. 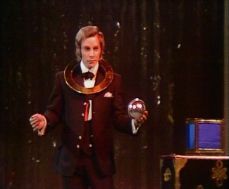 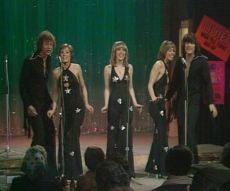