Many fans of a certain age will probably remember buying Reeltime’s range of Doctor Who interview videos from the mid-eighties onwards. In the early days, you could expect to pay ten pounds for a half hour interview – today, thanks to Koch Media’s range of re-releases, you can pick up six titles (each running between fifty and sixty minutes) on a double DVD for around the ten pound mark. I love progress ….

Despite some slightly sloppy back cover blurb (Hartnell was the Second Doctor apparently) The Doctors – The William Hartnell Years is a very decent package. It comprises a tribute to Hartnell, another to Jacqueline Hill and four interviews – with Carole Ann Ford, William Russell, Peter Purves and Jackie Lane.

It’s the Hartnell tribute which I’m going to touch upon today. Prior to the original release (in June 1999) Reeltime had already interviewed a number of Hartnell era actors and production personnel and this enabled them to bank comments from a range of interviewees about their memories of the man (with the result that their soundbite thoughts could then be sprinkled throughout the one hour programme).

The main interviewee is Jessica Carney, William Hartnell’s granddaughter, who in 1996 penned a biography of her grandfather. Recorded especially for the original release, Carney’s reminisces fill the bulk of the programme. Offering unique insights into Hartnell’s early life and his emergence as an actor, this documentary would have been much poorer without her.

It’s pleasing that a good chunk of the running time (around the first twenty minutes) is devoted to his pre Who life and career. It’s a reminder that there was a good deal more to him than just Doctor Who whilst Carney’s detail about Hartnell’s life outside acting helps to build a rounded picture of the man.

It’s not always a flattering one though – he gambled heavily on the horses (and rarely won) whilst he also was rather fond of a drink (although he wasn’t, claims Carney, an alcoholic). The likes of Anneke Wills and Michael Craze are also on hand to paint a portrait of Hartnell’s rather desperate final days on Who – when, due to ill health, he was very difficult to deal with. But Carney is able to put this behaviour into context, meaning that it’s difficult to come away from the documentary without a deep feeling of sadness that his time on Doctor Who came to such an awkward end.

But there are plenty of positives too – a typically relaxed and urbane William Russell warmly praises Hartnell’s acting pedigree whilst Maureen O’Brien’s contributions are simply delightful – her deep love for Hartnell shines through very clearly. A shame that, as yet, O’Brien hasn’t recorded her own Myth Makers release. Maybe one day ….

This is a warm appreciation of Hartnell that still stands up well today. Some of the Myth Makers catalogue may have been superseded (certainly in production terms) by the numerous interviews and featurettes included on the DVD range, but since the DVDs never really looked at Hartnell outside of Doctor Who, this one is still of considerable interest. 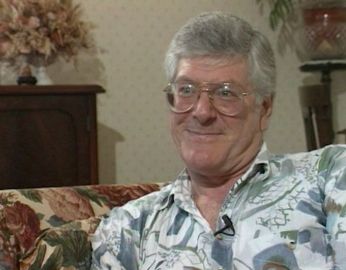 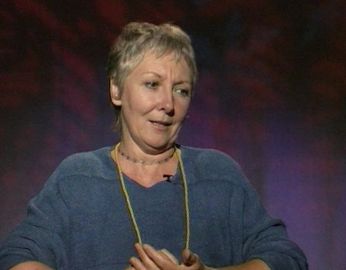