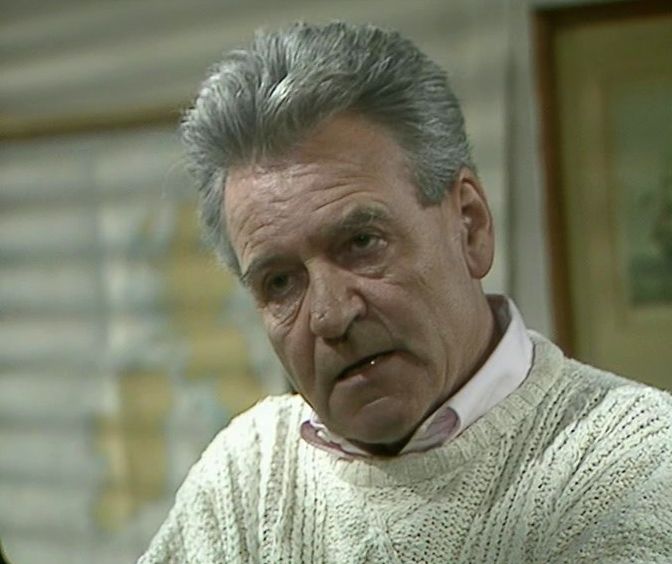 Jack’s in a reflective mood. “My daughter. The worse Charlie Frere treats her, the better she likes it”. This doesn’t seem like an accurate reading of the situation (I’ve never really thought that Avril’s Relton struggles with Charles were some sort of elaborate foreplay) but then Jack has often mused on the unpredictability of women, so he’d probably agree that he may not have read the situation correctly.

As if to hammer this point home (re Jack and his inability to read the moods of the opposite sex) he offers to take Vanessa out for a sail on her new purchase The Proud Lady (one of Jack’s old boats) but she recoils with terror on her face. This is something of an overplayed moment (the very dramatic music doesn’t help) although it does suggest, none too subtly, that something’s troubling her.

Later they do go out, but when the weather gets a bit choppy Vanessa goes very wonky. It’s not really Lana Morris’ fault (this sort of scene is very hard to play) but she doesn’t really convince during this scene. She’s much better later on when Vanessa confides to Jack that ever since her husband, Klaus, was killed in a boating accident she’s been somewhat apprehensive about taking to the water. This is a nicely played two-hander between Owen and Morris.

Vanessa later has a chance to beat her fear of the water after a dinghy overturns in a small lake and a youngster pitifully screams for “help, help”. Several points spring to mind here – firstly that the submerged mariner seems to be pretty close to the bank (and if they can’t swim that short distance to safety, surely they shouldn’t have been out on the water in the first place). The extra in front of Vanessa (an old boy with a cap and binoculars) slightly amuses me. Presumably he rushes off in a panic as Vanessa seems to be the only one left to help – as she eyes a small sailboat and sets off on a rescue mission.

This isn’t the most dynamically directed of scenes it has to be said. We cut away before Vanessa actually ventures out, which seems to be a bit of a cheat. And if this one action has cured her fear of the water then we can chalk it down as yet another instance of the series setting up an interesting plot point, only to resolve it almost straightaway. Which is a little odd.

Leo seems to have clicked back into being the dutiful son (we see him doing the wiping up at home). He’s curious about his mother’s new business partner, James Brooke, which is understandable since some of Jan’s previous liaisons have mixed business with pleasure. “Is he married?” he enquires. And then James pops up and Leo exits. One in, one out.

I wonder what Jan and James will call their new, merged business. Oh, what about Howard Brooke. That’s quite snappy. James doesn’t seem to query this (Brooke Howard would sound just as good) and he also doesn’t seem too concerned when Jan steamrollers ahead with her plans for redecoration, branding, etc. At the moment, Jan seems to be very much the dominant partner.

The dramatic music makes a return when Tom tells Laura that Ken might use her the health of her ailing father, Jimmy (Walter Sparrow), in order to gain a business advantage. Once again, it’s a pity that the incidentals are rather strident at the moment.

Avril’s looking lovely again today, dressed in a tight skirt which seems to be designed purely to show off her slim waist. Her meeting with Leo (it’s almost as if he’s the only other person who works for Relton) is interrupted by a phone call from Ken. Feet up on the desk, his casual manner belies the fact that he clearly feels he has a trump card to play.  He’s able to convince Avril that a meeting is in her best interests. With Avril’s position at Relton somewhat shaky thanks to Charles, this possibly isn’t too surprising.

Lord Runswick (Harry Beety) is the sort of blunt Northern salt of the earth type made good who is so much of a cliché that it’s impossible to take him seriously. His parting comment to Charles (he declines to join his crusade to oust Avril) deserves quoting. “But you start playing this sort of game for revenge, you’ll wind up searching for tanners in your turn-ups”. Happen as maybe he’s right, by gum.

Ken continues to be haunted by Laura. The ever-loyal Vicki attempts to cover for him, pretending to Laura (who’s on the phone) that he’s not in the office. But as she’s sat outside in her car and can see his car, this isn’t a very convincing lie. Poor Ken. A minute later we see him looking plaintively out of the Leisure Cruise office window at Ms Wilde.

Sir John Stevens doesn’t appear in person until episode nine, but even offscreen his presence is still felt. Here, he’s the buffer between Ken and Laura. She’s miffed that Ken’s already told Sir John that the purchase of Wilde Mouldings is a done deal when that’s not the case at all. Even if Laura agrees, the ultimate decision will have to come from her father (although he does seem keen to sell).  But since he doesn’t seem long for this world, it might end up as her decision after all.

Jack, back at the Mermaid, chats to Tom about Vanessa. What begins as a two-handed scene quickly focuses on Jack, as he begins to look backwards – at how he decided to “marry the yard” when he married his late wife Eileen. The way that the camera slowly closes in on Glyn Owen’s face as he delivers his monologue is such a simple trick, but it’s so effective. Owen, whenever he’s given a dramatic scene, never fails to deliver.

Do you know, sometimes I walk through that yard, I turn … expecting her to be there, looking at me. And asking the same old question, why I let her down. And I did, you know.

Apart from taking a few snaps, we don’t see Abby until we’re thirty minutes in. She and Leo are in a very affectionate mood (their on/off/on/off/on relationship is somewhat confusing to keep track of) but after a minute the real reason for their sofa canoodling becomes obvious – it’s so Polly (yes she’s back) can stroll into the living room and shake her head in dismay. “I hope I’m not disturbing you” she mutters icily ….

Abby and Polly have regressed to their S1 relationship (in other words, not good). Their brief moments of rapprochement from more recent times seem to have vanished as Abby (Cindy Shelley looking rather lovely when she’s angry) rails against her mother for apparently leaving her father. But Polly’s gloriously unrepentant.

Given that the major reason for Polly going to America was in order to try and intercede with the Hudson family over William, it’s slightly surprising that Abby doesn’t bring this up. But there is a possible explanation –  after she declines to view a series of new photographs of her son (dashing them out of her mother’s hand) it might be that her disdain for Polly’s actions are stronger than her maternal instincts. Or has she finally accepted that William is out of reach? That’s a moot point at the moment, but two and a half episodes in it’s noticeable that Abby’s hardly mentioned William.

Polly’s gleeful, mocking expression after Abby leaves the room is slightly disturbing. In the past, Polly has been thoughtless, snobbish and self-obsessed but this is something new. Evil Polly seems to have arrived ….

The reunion between Polly and Gerald is just as dramatic. At present it seems that Gerald has recovered his faith in Charles and lost his faith in his wife. The way that Gerald shouts at Polly – demanding to know whether she’s having an affair with Sir Edward – is a notable moment. Sadly, we’re now into the endgame with Polly (after episode six she’ll be gone for good).

Another year, another Marina development for Charles to obsess about. This necessitates more meetings with humourless foreign types, today it’s the impressively named Eckhardt Sahnn (Carl Rigg). And fancy that, they’ve gone all the way to Malta just for this meeting.  HW clearly had a decent budget this year.  This Marina development has a bonus for Mr Frere, since it will enable Sahnn to force Avril out of Relton. 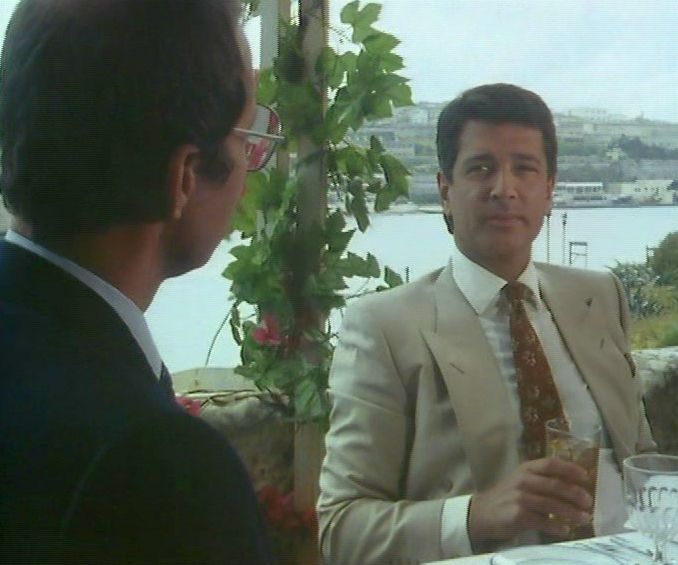