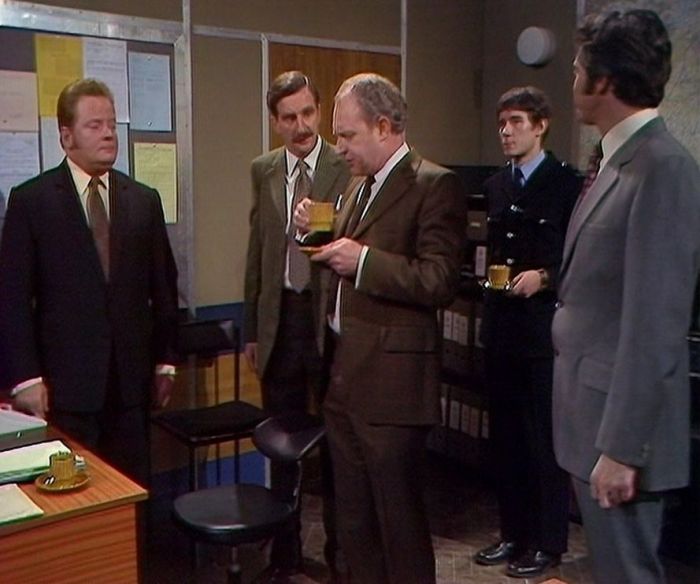 Jack Rogers (Peter Whitbread) was a notable safebreaker in his day, but now seems to have gone straight.  But that doesn’t prevent him from being a person of interest to the Task Force whenever a job with his signature is pulled.

The first meeting between Hawkins and Rogers is an interesting one. Rogers is polite and helpful whilst Hawkins is antagonistic and confrontational. Given that this bank raid occurred up North (in Manchester) it seems barely credible that out of all the potential suspects up and down the country we zero in on Rogers.  Are we being set up for a story in which an innocent man is pursued?

We don’t have long to wait for the answer, indeed in the very next scene it’s revealed that Rogers was responsible.  Surprising that the mystery wasn’t eked out – there would have been dramatic capital in leaving it unclear for a while as to whether Rogers was guilty or innocent.  Watt later confides to his senior staff that in the past his mantra has been “concentrate on the criminal, not the crime”.  He has absolutely no evidence that Rogers was involved (in fact he has a water-tight alibi) but Watt is still content to keep chipping away at him.  That’s a slightly disturbing modus operandi, it has to be said.

Rogers has a powerful ally. His employer, Simmonds (Bryan Pringle), is someone who, according to Rogers, was prepared to take a chance on an ex-con.  The truth is once again revealed quickly – the older Simmonds has been corrupted by the younger Rogers and the pair have now formed a criminal partnership (Simmonds acting as a decoy whilst Rogers carries out the crimes).

What has made the previously law-abiding Simmonds suddenly turn crooked? It’s teased out subtly to begin with, but by the way the pair talk to each other it’s plain that there’s a mutual attraction.  This is handled in a far more restrained way than James Bree’s screamingly camp antiques dealer a few episodes back.  Their relationship is an intriguing part of the episode and Pringle’s self-important and wounded air as Simmonds easily bests Adler to begin with (even forcing the policeman to cough up some pennies for using his phone!) is nicely played too.

The precise mechanics of exactly how Simmonds covers for Rogers during the first two crimes is a bit of a puzzle. And a lengthy film sequence in which the pair drive identical vans around and around does tend to drag.

This apart, Time-Table contains plenty of interest. Whitbread and Pringle are both very solid, Watt’s clash with a budget-conscious Cullen catches the eye, whilst wedding bells contain to ring for Hawkins and Sara.  Evans views the forthcoming nuptials with a jaundiced eye – how will the upwardly mobile Sara survive on Hawkins’ relatively modest salary? The notion of her getting a job never seems to have been considered.

I also like the way that Watt (a man who clearly leads from the front) takes it upon himself to visit Sara in order to enquire what wedding present she’d like the force to give them.  An old-fashioned barometer, in case you were wondering.  And the way that Watt turns the screws on an increasingly frantic Rogers and Simmonds concludes the episode in a satisfactory fashion. 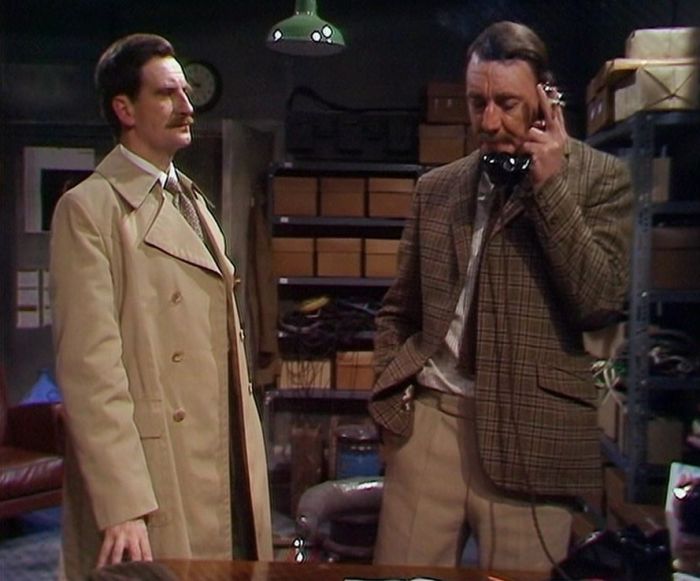