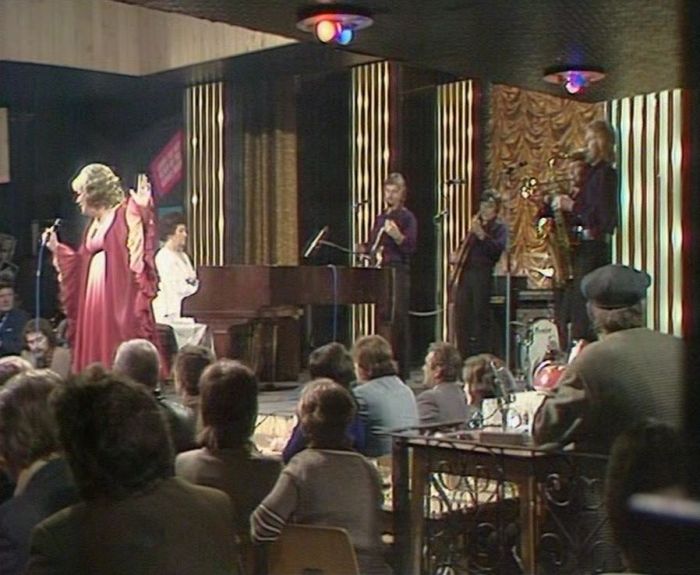 Up first are the Karl Denver Trio. Born Angus Murdo McKenzie in Glasgow in 1931, Denver, together with his two associates, had a string of hit singles during the early sixties. The one they perform here – Wimoweh – was their biggest hit and judging by the appreciative audience reception was still fondly remembered a decade or so later.

Denver’s yodelling style will be something of an acquired taste (especially when he gets screechier and screechier) but at the very least it provides a rousing start to the show.

George Roper has to deal with a twin-pronged assault – Bernard Manning on one side, Colin Crompton on the other – but he still manages to come out ahead. A regular on The Comedians, Roper’s material isn’t exactly rib-tickling but he’s still very engaging (his pained expressions after withstanding yet another Manning barb is nicely done).

To close his act he invited Bernard up onto stage for an impromptu (i.e. obviously rehearsed) song and dance number. It’s a pleasingly shambolic ramble through Side By Side – no doubt they could have done another more polished take, but the rough and ready ‘live’ feel of the Wheeltappers is one of its strengths.

Despite his heckling (something he did to virtually all the comedians who dared to take to the Wheeltappers stage) Manning obviously had a great deal of affection for Roper, as proven by the tribute he wrote after Roper’s death in 2003 at the age of 69.

Up next are The Platters. Their non-musical history makes for fascinating reading – countless personnel changes, legal battles and rival versions of the group touring at the same time (I’m not sure how many – if indeed any – of the group present during their hit-making days made it to the Wheeltappers). But given that Buck Ram (who wrote many of their hits and guided their early career) was sitting in the audience, it looks like these ones were the ‘legit’ Platters.

Like many of the turns, they have to deal with the fairly primitive sound system (a spot of feedback to begin with) but like true pros they plough on through. Plenty is packed into their short spot – a medley of Only You, Smoke Gets In Your Eyes, The Great Pretender and My Prayer, finishing off with a rousing Put Your Hands Together.

There’s only four acts on tonight’s show, partly because the headliners – Ronnie Dukes and Ricki Lee – are given a generous fifteen minutes.  Introduced by Bernard as one of clubland’s top draws, they enjoyed only intermittent television exposure (although this did include a spot on the 1975 Royal Variety Performance) whilst Dukes was a big enough name to merit Eamonn Andrews handing him the big red book that same year.

Dukes (short and stout, but still a lovely little mover) and Lee (statuesque and long suffering, but a more than decent singer) were a good combination.   Ricki’s mother Vi was added into the mix – as a pianist and the inevitable butt for many of Ronnie’s jokes.  There’s some nice info on the act here – sad to hear that Ronnie ended up dying on stage in the early eighties with Rikki passing away a few years later. 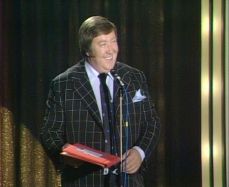 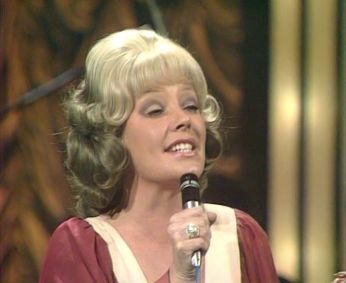