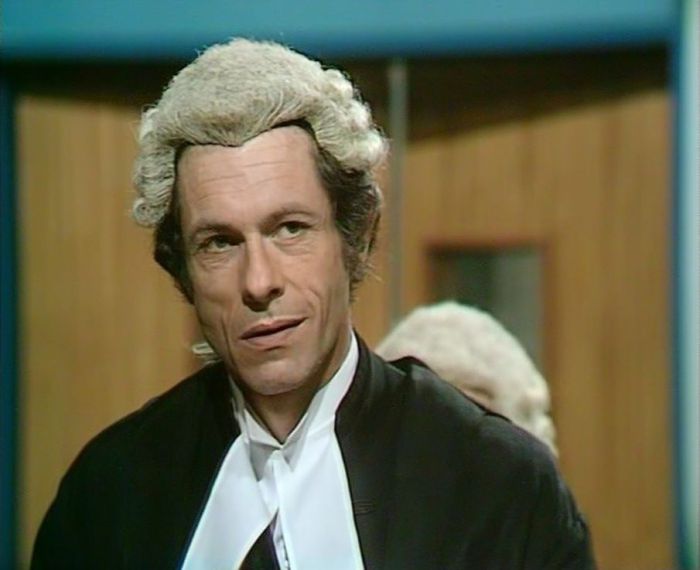 We saw his long face in the first episode, but now Dr Warner (Jeremy Bulloch) takes to the witness stand. He comes across as reasonably convincing but there’s also an air of unease about him. This feeling is exacerbated when Nurse Dowling (Jacqueline Stanbury) is then cross-examined.

Jacqueline Stanbury would later be a short-lived regular on Dixon of Dock Green (only one of her episodes – Sounds – now exists). Bulloch’s credits are too numerous to list but they include Doctor Who, James Bond, Star Wars and Robin of Sherwood.

Interesting that Jonathan Fry gave Dr Warner a fairly easy ride before opening both barrels on Nurse Dowling. It was the right course of action though as she quickly folds like a pack of cards and admits that Warner could be rather hot-headed and impulsive at times.

The defence is now rocking, but did Simpson overhear Warner’s angry comment that he should discharge himself and go to another hospital if he wanted better treatment? That becomes a key question.

So Warner goes back into the witness box. There’s something deeply ominous about the way Fry slowly circles around Warner before unleashing his assault. Fair to say that the defence aren’t doing very well for witnesses so far.