Skip to content
HomeDoctor Who – The Myth Makers. Part Four – Horse of Destruction 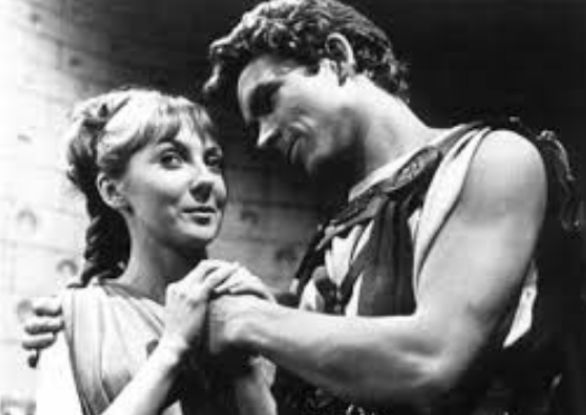 The massacre begins and the humour disappears. Probably one of the reasons why this feels especially jarring is the way the audience has been invited to feel comfortable in the presence of both Priam and Paris.

If the Greeks (Agamemnon, Odysseus, Achilles) have been depicted as single-minded warriors, then the Trojans were allowed a little more personality.  This makes their brutal demise all the more shocking.

There are some who view the sudden gear-change in Horse of Destruction from comedy to tragedy as a weakness, but to me it’s a clear strength – The Myth Makers shows us that there’s not always a “good” or “bad” side.

Similar themes had been explored in previous historicals, for example The Crusade.  David Whitaker’s script may have been much more straight-laced, but it had a similar sense of ambiguity about which side the viewer should support.

The use of comedy by Donald Cotton throughout this story is revealed in Horse of Destruction to be a dramatic device, designed to lure us into a false sense of security.  It’s a common trick, but not common in Doctor Who, which makes it noteworthy.

Another interesting aspect about the ending of The Myth Makers is just how downbeat it is.  This began a trend (although you could also say that it really started in Galaxy 4, with the Doctor leaving the Drahvins to their fate) which then continued in both The Daleks’ Master Plan and The Massacre.

Normally Doctor Who stories end on an optimistic note – although there’s often been a tremendous loss of life, it’s accepted that the ends justify the means.  Tyranny has been overthrown and the survivors can begin the task of rebuilding their world.

The Myth Makers offers no such comfort as destruction still rages. Steven is injured and Vicki elects to stay in this uncertain world with Trolius, the man she loves.  Possibly the relationship between Vicki and Trolius is the one positive thing we can take from the story (if they can somehow survive).

Vicki, like Susan before her and many companions to come, is shown to have completed a journey by the time she leaves the TARDIS.

When the girl joined the TARDIS crew in The Rescue, her awkwardness with people and her single-minded devotion to the Doctor meant that she spends the next few stories (The Romans, The Web Planet, The Crusade) virtually glued to his side.

The Space Museum was key in the way that it showed a much more independent Vicki, happy to organise a planet-wide revolution!  After that she seemed much more comfortable by herself or outside of the Doctor’s orbit – which meant that, like Susan before her, she’s now made the transition from child to adult.

The Doctor and Vicki only share a single scene (apart from a few lines in episode one, it’s the only time they talk).  It’s noteworthy that it stops just at the point when Vicki’s preparing to tell the Doctor that she wishes to stay.

Given how both The Dalek Invasion of Earth and some later companion departures would milk the moment of leaving, it’s an odd choice which does leave the audience feeling slightly short-changed.

Whatever Vicki said, it must have been a powerful argument since the Doctor is happy for her to head off alone into the city to try and find Troilus.  This seems uncharacteristic in the extreme, but if writing out Maureen O’Brien was an eleventh hour decision then the options were limited.

An ailing Steven is back in the TARDIS, being tended by Cassandra’s handmaiden Katarina (Adrienne Hill).  The savvy viewer will know by now that as one door closes, another opens – so Katarina must be Vicki’s replacement …..