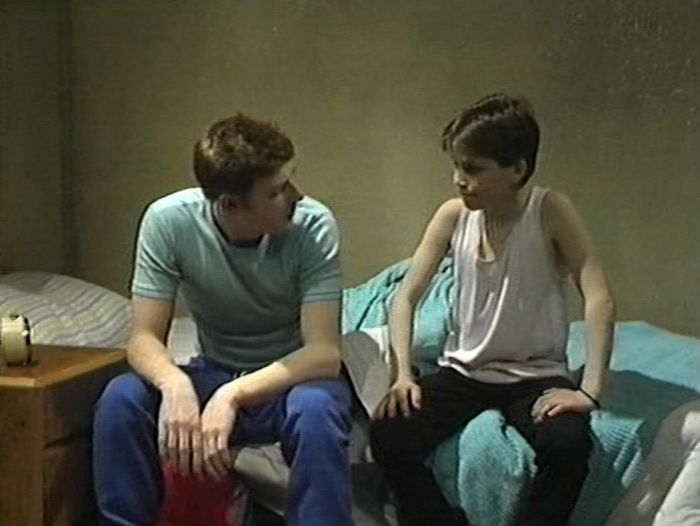 This episode opens with another look at Teg’s grimy homelife. Bedclothes that look like they haven’t been washed for months (if ever) and barking dogs outside the house help to add to the general feeling of squalor. The question of Teg’s brother, Mark, continues to bubble away.

The conflict between Mr Bronson and Danny Kendall begins to hot up. Danny’s not in class – he’s out in the corridors putting up posters for the forthcoming Mosaic competition – and Mr Bronson, after stalking through the building, eventually runs him to ground. There’s a definite air of menace to Mr Bronson here (although this was punctured when he earlier ran into Mrs Stone and her class). Whenever Michael Sheard drops his voice to a whisper, it’s incredibly effective (much more so than Mr Bronson ranting at full throttle).

Ronnie’s sixteenth birthday party is fast approaching. Who will she invite? Well not Trevor (still acting in an incredibly boorish fashion) or Ziggy (still acting in an incredibly annoying fashion). Robbie, due to his relationship with Calley, has an automatic invite, although it’s amusing that the girls are more interested in using him as a bouncer. He seems happy enough though, so for once Robbie manages to get through a scene without shouting.

Chrissie and Susi plan to order some clothes from Susi’s mother’s mail order catalogue on approval (in order that they can wear them for a while and then send them back). This is a sort of ho-hum plotline which will carry on for a time.

Much more entertaining is the revelation that Vince has psychic powers. Well not really, but when he saves Georgina from serious injury (telling her not to walk down a corridor just seconds before the ceiling collapses) it appears to be so. In the previous episode Mrs McClusky and Mr Griffiths had discussed the state of the school – he contested it was falling down whilst she maintained it was only a little frayed around the edges.

It’s true that the corridors look to have been dirtied down – presumably deliberately in order to create this sort of run down impression. It’s only a small visual touch, but it helps to give the impression that money is tight.

Are Ziggy and Robbie stupid? Time and time again they’ve come off badly thanks to Gonch’s money making schemes but they never seem to learn. And once again they’re drawn, like moths to the flame, to Gonch once more. But now that Gonch is computer savvy, maybe everything will run smoothly ….

Nice to see an old computer chestnut getting an airing here – with just a single button click, Ziggy’s able to wipe all the data on Gonch’s computer.

When Justine discovers that Mark is holed up in Tegs’ house it binds her into their criminal world. And after Tegs and Justine leave the house they run into a policeman called Bonner (Roy Spencer). Bonner is blasé about asking Tegs to empty his pockets (since Tegs complies so rapidly it’s clearly a very common occurrence).

Tegs’ father makes a very brief appearance. He doesn’t return until series thirteen, which is something of a shame as he’s played by Alan Ford, an actor with considerable presence and an impressive track record.

After the police leave, Tegs and Justine discover Mark hiding behind the fireplace (despite the fact it’s a gas fire he’s covered in soot). This amuses them both, which provides us with the episode ending. It also helps to reiterate that Justine is now on the side of the law-breakers, not law-makers, which is interesting to see. 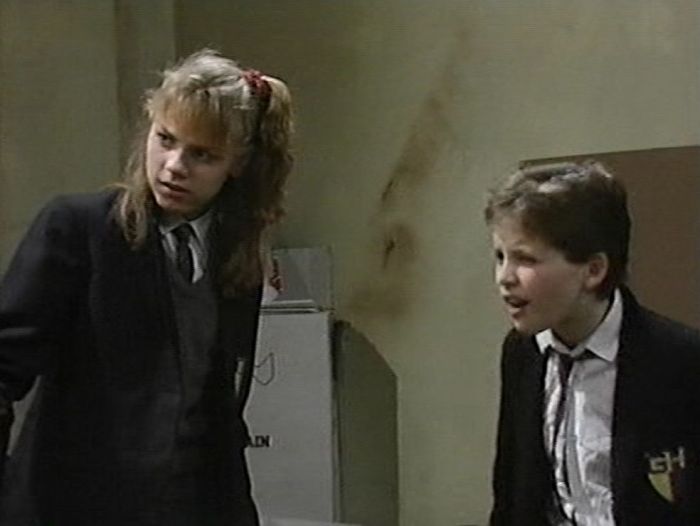