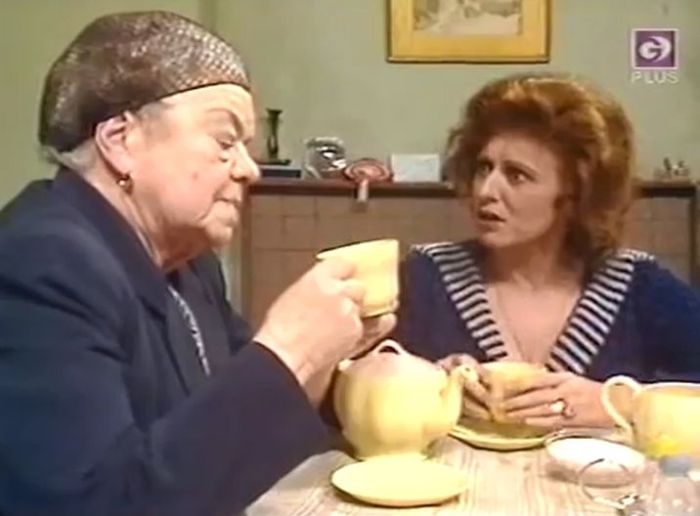 It’s breakfast time and Elsie’s looking a little rough. This was always something of a sticking point between Pat Phoenix and the production team – Phoenix always insisted that Elsie looked glamourous, no matter what the circumstances were.  The fact that she allowed Elsie to look a little dowdy here suggests that, having only recently returned to the series, Pat Phoenix was still on her best behavior. It’ll be instructive to see whether later on she slips back into her bad old ways ….

Elsie’s old rival Ena Sharples pops her head round the door. The pair had enjoyed some battle royales back in the sixties, although their chat today is much more convivial.  Indeed, for those brought up on the image of Ena Sharples as a dreadful old battleaxe, her more relaxed and friendly mid to late seventies persona might come as a surprise. Although I’m prepared to concede than sixties Ena also had her lighter side.

Ena hasn’t changed all that much though – she’s still disapproving about the way Len and Elsie are co-habiting. And she’s also still able to land a few gentle jabs and punches (telling Elsie that she’s showing her age, for example!)

A major plotline in this episode concerns Ken’s relationship with Wendy Nightingale (Susan Tebbs). This was running before the Granada Plus repeats began, so it takes a few minutes to get up to speed. Ken (the dirty devil) has been carrying on with a married women, whilst her husband, Roger (Matthew Long), remains totally oblivious.

But now the cat’s been let out of the bag and Roger learns all. Eek! And if that wasn’t enough to raise Ken’s stress level, Elsie pops round and asks him to move out of No 11. He’s not budging though and even though Elsie still owns the house, she seems powerless to force him out. It’s odd for Elsie to capitulate so meekly, but although Ken’s currently living a bachelor life, that will shortly change for a little while (so no doubt it suited the story for him to hang on there a little longer).

But Elsie won’t be cast out into the street as Betty gives her the run of the flat in the corner shop and a number of volunteers – including our Ena – pitch in to make it habitable.

I was rather fond of Susan Tebbs’ role as a regular in the first series of Softly Softly: Task Force, so it was nice to see her pop up in Coronation Street. Wendy seems totally besotted with Ken (clearly the man has depths of charisma which aren’t visible to the naked eye) and her dangerous (well, dangerous in a very understated middle-class way) obsession with him threatens to tear her marriage apart.

Today’s cliffhanger is an absolute doozy. Roger, hanging round Coronation Street in the rain, is keeping an eye on the meeting between Wendy and Ken. Eventually he can’t take it anymore and storms over, punches Ken and spirits Wendy away. Now if that doesn’t make you want to tune in next time I don’t know what will. 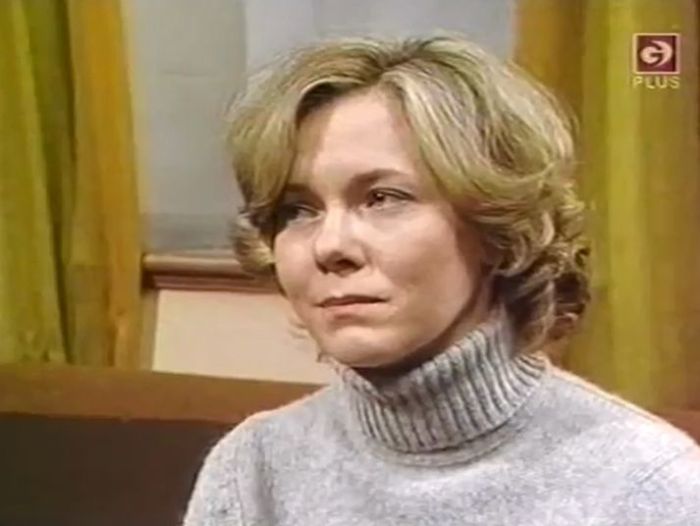