David Nixon (1919 – 1978) first came to prominence as a panellist on the UK version of What’s My Line? Loved for his affable and friendly persona, he would go on to establish himself as one of Britain’s top magicians during the sixties and seventies.

Network have previously released David Nixon’s Magic Box, which ran between 1970 and 1971. Featuring star guests and a range of specialty performers, it set the template for others (such as Paul Daniels) to follow.

Here’s David Nixon, which aired in 1963, is somewhat different – although just as interesting. With each edition running for around seven minutes, it has the feeling of a filler programme (the show was broadcast surprisingly late at night as well).  Nixon is confined to a very small and quite bare studio with just a handful of volunteers who, as he tells us on more than one occasion, were simply passing by.

This abbreviated audience means that there’s not a great deal of response to his tricks (although the studio crew do chip in with the occasional burst of laughter and applause). I don’t actually mind this though, as Nixon was equally adept at playing to just a handful of people as he was to a large audience. 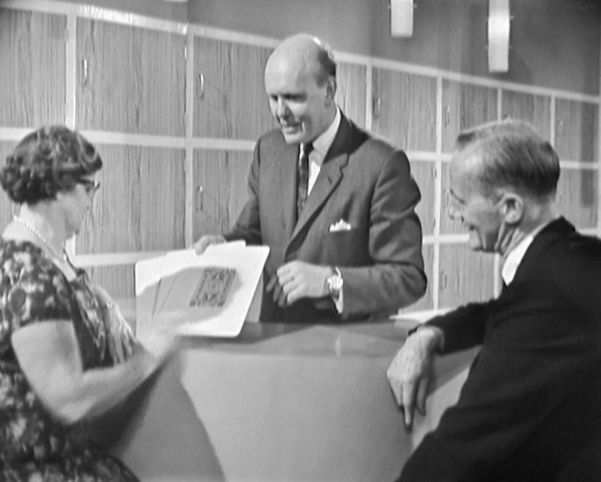 Occasionally cheeky but never cruel, Nixon’s skill at handling the volunteers is something to behold. Unlike certain other magicians, he never felt the need to embarrass anyone for a cheap laugh.

Here’s David Nixon is a masterclass of close up magic. There are obviously plenty of card tricks, as well as illusions carried out with everyday objects (handkerchiefs, etc) and a sprinkling of groan-worthy gags. Nixon also indulges in a few party tricks – some of which work and others (attempting to whip a tablecloth off a crockery filled table) aren’t quite so successful ….

The picture quality is very good (the audio crackles a bit on a few shows, but it’s not a major problem). All thirteen episodes survive, which is a pleasant surprise as not all ABC programmes were so lucky.

For the devotee of close up magic, Here’s David Nixon is a must buy. A somewhat forgotten series (his IMDb page doesn’t have a record of it) it’s wonderful that Network have made it available. Highly recommended.

Here’s David Nixon can be ordered directly from Network via this link.