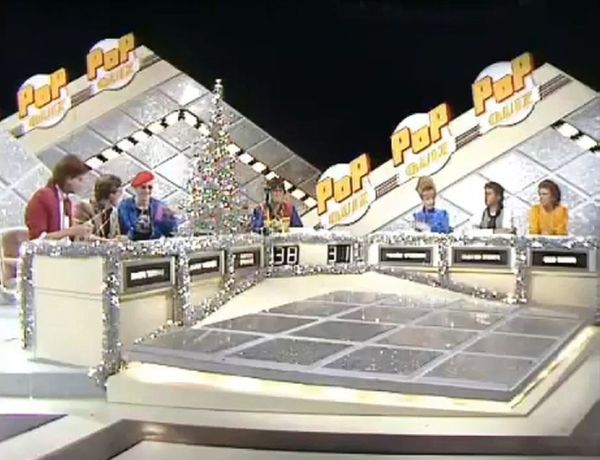 There’s a silver Christmas tree behind Mike Read, so it must be the Pop Quiz festive special. Team captain David Essex is joined by Mari Wilson and Leo Sayer who face down opposing team captain Hank Marvin as well as Captain Sensible and Duran Duran’s John Taylor (cue deafening screams from the female audience when he’s introduced and any time he gets a question right).

After this febrile Pop Quiz atmosphere, it’s good to relax with something a little more sedate – namely highlights of the 1982 Snooker World Championship. Although Alex Higgins (no stranger to bad behaviour) was involved, for once he kept his emotions in check until after the final ball was potted to claim an improbable second world title (ten years after his first). Rather delightfully, today’s programme is available in full on YouTube.

From ITV, I’ll take Way out West (I always tend to associate Laurel & Hardy from this era with the BBC, so it’s a slight surprise to see them on ITV).  The other ITV pick today will be John Wells’ Anyone for Denis? at 8:45 pm.

Treasure Hunt debuts on C4. They didn’t take the easy way out with this first episode – deciding on an O.B. from Bali. But (unless they were all cut out) technical glitches were minimal. Stop the clock!