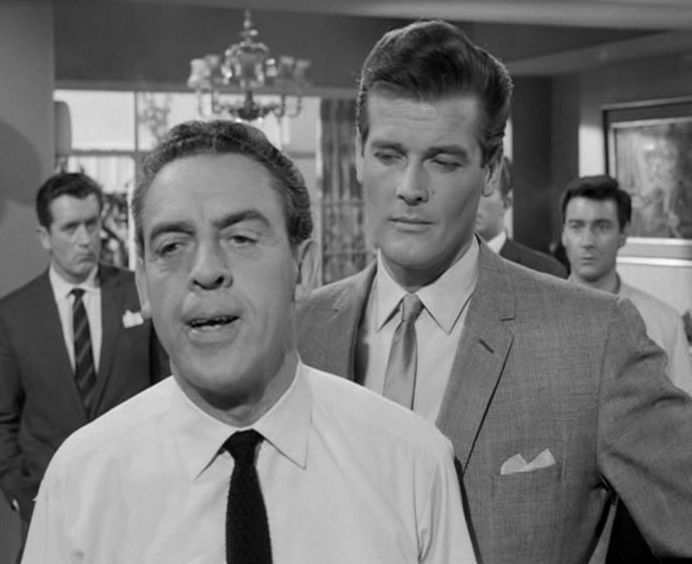 Small-time London bookie, Marty O’Connor (Harry Towb), is witness to a murder committed by ‘Lucky’ Joe Luckner (Eddie Byrne).  Luckner, an infamous local gangster, is well known for terrorising anybody who attempts to testify against him (hence his nickname).  The desperate Marty approaches Simon, who gladly agrees to bring the notorious hoodlum to justice ….

Regular Saint watchers will have noticed by now that most episodes tend to open with a caption (and appropriate stock footage) which creates the illusion that we’re in some exotic foreign locale.  Today’s caption (West London Dog Track) is so different from the norm that it’s hard to believe it wasn’t an ironic move.  It made me smile anyway.

The Man Who Was Lucky places the Saint into a more seedy environment than the one he’s generally used to.  It’s a gorgeous snapshot of early 1960’s London, complete with a slight noirish twinge.  You have to love Lucky’s Bar, where we first meet Cora (Delphi Lawrence), since it has a swinging light jazz soundtrack and some serious jiving on its small dancefloor.

Cora, and her friend Jane (Vera Day), are sitting at the bar and bemoaning their poor fortune.  Cora, the elder of the two (she’s in her early thirties), tells Jane that she’s getting too old for all this. “My girdle’s too tight, my feet hurt and I’m broke”.  The inference is that they’re prostitutes, but it’s not surprising this is only implicit in the script.

It’s a slight plot oddity that Cora is not only in a relationship with Marty, but is also on friendly terms with Lucky.  This means that after she bumps into Lucky in his bar, she’s then within earshot when one of his henchmen passes by to inform him that Marty and his partner, James Bailey (Nicholas Selby), need to be taught a lesson.  Lucky doesn’t seem concerned that Cora has overheard and later expresses incredulity that she and Marty might be involved with each other (although he possibly seems to be in denial about this).  It’s only a small character moment, but it’s a fairly telling one – since it shows that Lucky only believes what he wants to believe.

After receiving a severe beating (well, severe by 1962 Saint standards), Bailey dies.  This immediately places Marty in a sticky dilemma – as Cora points out, if he attempts to testify against Lucky then his life expectancy is bound to be on the short side.  Across a sixty year career (first credit in 1949, last in 2009) Harry Towb never disappointed.  With so many roles across numerous television series, he became an instantly recognisable face – often, as here, playing decent, honest people who end up getting caught in the machinations of others.

We then see some stock footage shots of various hot and happening nightclub signs – Astor, Safari Club, Le Coq D’Or, Pigalle, The Flamingo Club – before ending back at Lucky’s Bar.  It’s another decent mood moment which helps to sell that illusion that we’re deep within the smoky environs of Soho.

Eddie Byrne adds a touch of unpredictable menace as the domineering Lucky.  I have to confess that he’s not an actor I’m terribly familiar with, but since he appeared in three further Saint episodes (and a fair few other series I have in my collection) I’m going to keep an eye out for him in future.  Lucky’s interrogation of the hapless Jane is a well-played scene.  She tells him that she enjoys working at Lucky’s Bar (“it’s very stimulating meeting new people … and everything”) which serves as another hint about her profession. 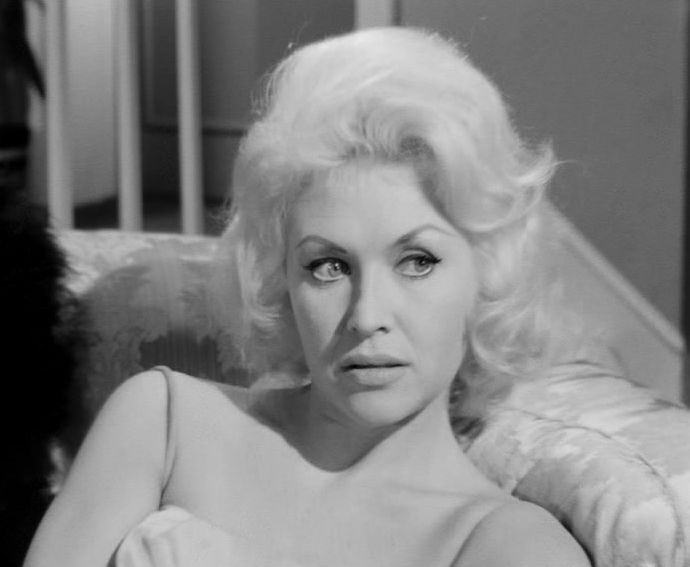 After Lucky slaps her about a bit, Simon (who just happened to be passing by) bursts into the office and gives him a slap in return.  Jane’s very impressed.  “Oooh, just like Superman”!

Simon, ever the Knight Errant, then takes Jane back to his (very well furnished) flat for some tea.  He tells that he doesn’t like men who slap women around (although that’s not what he said during The Golden Journey).  Her job of work is becoming more explicit by the minute, as she then expresses incredulity that she’s been in his flat for ten minutes but he’s not made a move towards her (leading her to wonder if he’s one of those people who do nothing but talk).  Brassy, yet vulnerable, this is a nice turn from Vera Day who teams up very effectively with Roger Moore.

The Man Who Was Lucky sees the first appearance of Claude Eustace Teal, dubbed “England’s greatest bloodhound” by Simon.  Played here by Campbell Singer instead of the more usual Ivor Dean (although Wensley Pithy and Norman Pitt also made one-off appearances in later episodes) the parameters of the character – constantly irritated by the Saint, especially since he usually ends up three steps ahead of him – are clearly defined.

Given that we’ve already had several New York stories with Inspector Fernack, it seemed slightly strange to relocate the action from New York (as per Charteris’ original story, published in 1939) to London.  But knowing the origins of the story, it means that Lucky’s persona in the teleplay – he acts more like an American gangster than a London one – makes more sense.  John Gilling’s adaptation (he also directed) also ups the ante by changing Lucky’s crime to murder, rather than tax evasion (this fitted well with American pre-WW2 mobsters but might not have seemed terribly thrilling for an early sixties television audience).

Playing more like an episode of Gideon’s Way than The Saint (although this is a compliment not a criticism) The Man Who Was Lucky is a very enjoyable story.  Four halos out of five. 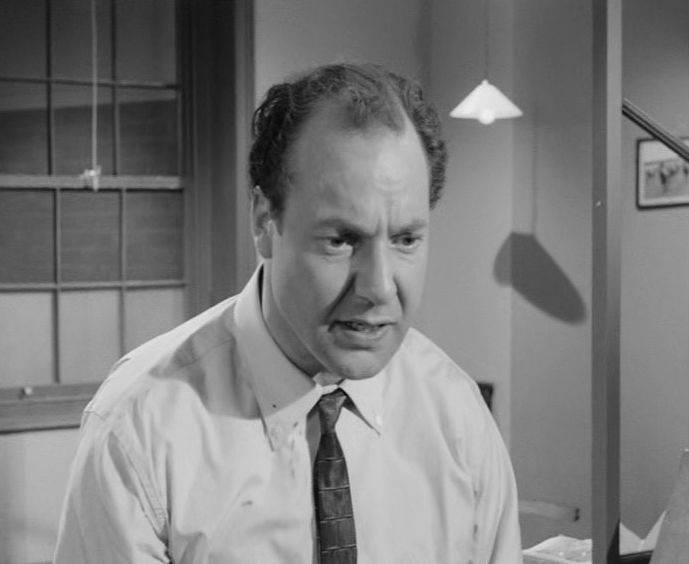