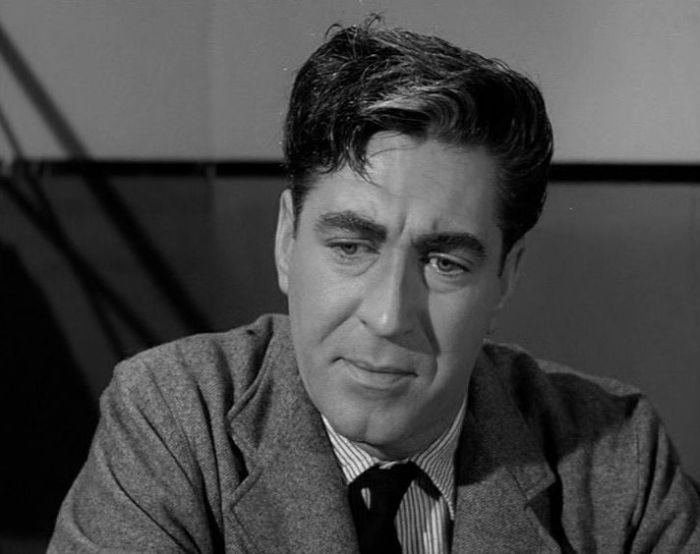 When Joe Green (Dermot Walsh) is jailed for a crime he didn’t commit, he vows to clear his name.  This he attempts to do by escaping multiple times, although on each occasion he’s caught and returned to prison.  His story reaches Brady who decides that anyone who goes to such lengths might just be innocent.  So Brady breaks into prison to find out more ….

The first thing to note is that security at the prison must be terribly lax if Joe’s been able to make a break for it on five separate occasions.  Good grief, presumably there’s a constant stream of criminals making bids for freedom!

Dermot Walsh impresses as Joe.  Walsh had a pretty lengthy career with a starring role in the 1962/63 series Richard the Lionheart.  Clearly “inspired” by a string of similar 1950’s series (most notably The Adventures of Robin Hood) it’s good clean fun and comes complete with a theme-song that’s even more jaunty than the Robin Hood effort.

Joe might have been a bad ‘un in the past but he’s attempting to go straight now.  Unfortunately for him, his reputation makes him the ideal choice to take the fall for other people’s crimes.  Joe’s dogged determination (most notable during the scenes when he’s making his escape attempts – pursued by warders and dogs) makes you root for him.  You know that everything’s going to come right in the end, but Walsh is skilled enough to take the material he’s given and play it for all it’s worth.

Lurking in the prison is Sharp (Ronald Fraser), a vicious inmate who is paid to dispose of Joe (although you get the feeling he would have been equally happy to do it for free).  Fraser’s always an actor worth watching and whilst Sharp is only a small role he makes the most of it.  The violence is kept to a minimum, but it’s plain that given the opportunity Sharp could be very unfriendly indeed.

Denny Dayviss also makes a brief, but memorable appearance.  She plays Doris, a pickpocket who pinched Joe’s wallet on the night of the crime and therefore could prove his innocence.  Dayviss only had three credits to her name, with one of the others being the wonderfully named Cynthia Smallpiece in the Hancock’s Half Hour episode Sid in Love.

Jailbreak is another routine crime story in which Brady’s invisible skills are pretty much surplus to requirements.  But as so often, the guest cast makes it a joy to watch (also of interest are Ralph Michael as the prison governor and Michael Brennan as Brenner, a somewhat unfriendly warder.  At one point Brenner moves to strike Joe, so Brady – in his invisible state – picks up an iron and knocks him unconscious!). 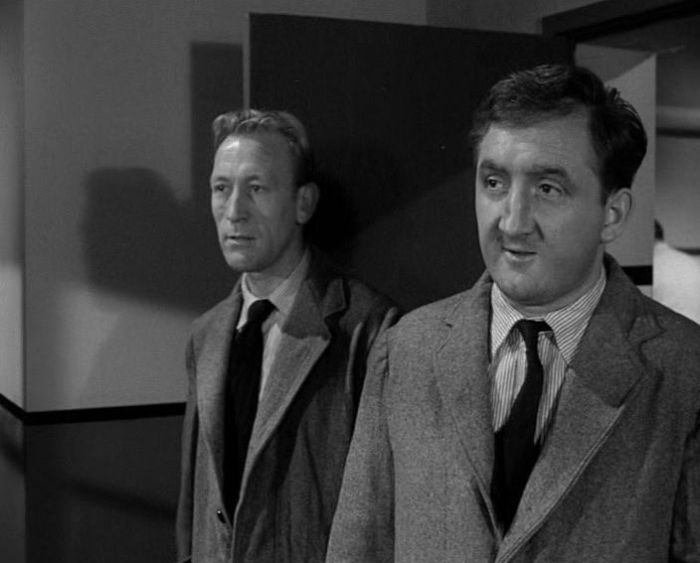 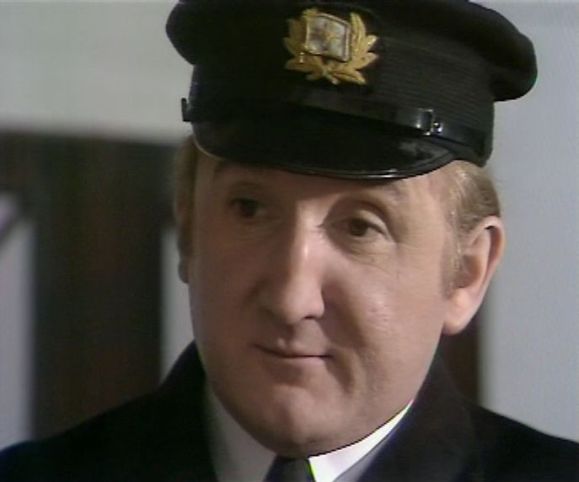 Ronald Fraser as Mr Horrocks in The Looting of the Specie Room by C. J. Cutcliffe Hyne
Adapted by Ian Kennedy-Martin. Directed by Jonathan Alwyn

The RMS Oceanic is attempting to cross the Atlantic in a record time.  It’s also carrying a fortune in gold bullion, under the watchful eye of the ship’s purser Mr Horrocks (Ronald Fraser).  But when the ship docks at Liverpool, Horrocks is appalled to find that half of the gold has been stolen.  The ship’s owner, Lord Altington (Paul Hardwick), gives him a stark ultimatum – if the gold isn’t recovered by the time the Oceanic reaches Southampton, Horrocks will have to find another job …..

The Looting of the Specie Room was written by C. J. Cutcliffe Hyne.  Best known for the fantasy novel The Lost Continent: The Story of Atlantis, he also wrote a series of stories featuring Captain Kettle.  Horrocks made his first appearance as a supporting character in the Kettle tales and later featured in his own book Mr Horrocks Purser (1902).

Like most of the adaptations in the series, it stands or falls on the performance of the detective and sadly Ronald Fraser is something of a disappointment.  This is a pity, since he’s usually an actor I enjoy watching – but he’s very subdued here.  Ian Kennedy-Martin’s adaptation provides plenty of scope – Horrocks is an affable, honest and friendly man who’s skilled in dealing with the numerous demands of his well-heeled passengers.

But although he’s treated with indifference by some of them and with outright contempt by the Oceanic’s owner Lord Altrington, Fraser never manages to make anything of this.  Instead, he stumbles through the episode with hardly a flicker of emotion, only slightly coming to life when talking to the attractive young widow Mrs. Vanrenen (Jean Marsh).

If Fraser is a little off, then there’s some consolation to be had with the supporting cast.  Edward Dentith is profoundly shifty as Sir Edward Markham – could this apparently upright gentleman have something to do with the robbery?  Jean Marsh shares several nice, understated scenes with Fraser and as I’ve said it’s pretty much the only time he seems in any way animated.

Stephen Yardley (almost unrecognisable at first, thanks to sporting pretty much a full head of hair and a moustache) is another suspect.  His character, First Officer Clayton, has run up serious gambling debts and this gives him a strong motive.  Norman Bird, a veteran of film and television, is another quality addition to the cast.  He plays Inspector Trent, who joins the ship in England and teams up with Horrocks to locate the stolen gold.

The actual mechanics of the robbery aren’t terribly interesting (and do show the limitations of the studio) but Horrocks’ confrontation with the culprit do go some way to ensuring that the story closes strongly.  Although he successfully plays amateur detective, Horrocks finds himself demoted to another, smaller ship in the fleet (he accepts this slight with equanimity).  But when he learns that the captain of his new ship will be Clayton (a man he accused of robbery and therefore someone who has no love for him) he does seem to perk up a little!

An indifferent installment, but even with Fraser’s leaden performance it’s not a total write-off.