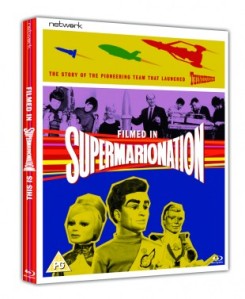 As a teaser for the forthcoming Filmed in Supermarionation releases, Network have released HD versions of the titles of various Gerry Anderson series on their YouTube account.

Filmed in Supermarionation is a new two hour documentary from Stephen La Riviere and looks to be a must watch for all Anderson fans. There are various different purchasing options, more details can be found here.

The YouTube compression means that obviously some quality is lost, so we won’t be able to see the full HD quality of the selected episodes until later this month. Time will tell whether complete HD series releases will follow in the future.