Skip to content
HomeTime and tide melts the snowman. Doctor Who – Time and the Rani 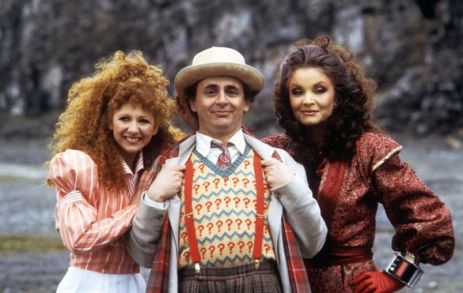 Time and the Rani seems to be nobody’s favourite Sylvester McCoy story (including McCoy himself).  It was a rather uneasy collaboration between old-school writers Pip and Jane Baker and the new script editor Andrew Cartmel.  Although I’m sure we’ll have more to say on Cartmel’s work as we move through the McCoy era, one positive step he took was to find and encourage new writers.

Eric Saward had always found the job of locating new writers to be a problem, but everything Cartmel commissioned (Time and the Rani was in preparation before he joined the series) was from writers new to Doctor Who.  And although Cartmel had a fairly low opinion of Time and the Rani there wasn’t time to do a major re-write, so the story went into production pretty much as written.

This, of course, marks Sylvester McCoy’s debut as the Doctor and his performance is, broad, to put it mildly.  There’s plenty of clowning and pratfalls (which naturally didn’t please some sections of Doctor Who fandom at the time) and it doesn’t take long before the new Doctor demonstrates his ability to play the spoons (twice!).  But buried amongst the humour are some quieter, still moments which hint at the Doctor he will become.

Mel gets to scream (an awful lot) and forge a friendship with the hot-headed rebel Ikona (Mark Greenstreet).  Like the other main characters, Ikona is very much a generic Doctor Who character (we also have Donald Pickering as the noble leader and Wanda Ventham as the proud, supportive wife and mother).  There’s a slight sense that three good actors are being wasted in fairly nothing roles, but the story does benefit from having them here.

The Rani’s back! And since she’s no longer has the Master hanging around, she needs another Time Lord to help her with the fiddly bits of her master-plan (this all gets explained in the last episode but it’s not really worth waiting for).  She snares the Doctor by diverting his TARDIS with a very small gun.  It’s worth wondering how long she spent on the planet’s surface, looking up to the heavens, waiting for the Doctor’s TARDIS to appear.  Actually, it’s probably best not to dwell on this, because it is a very silly idea. 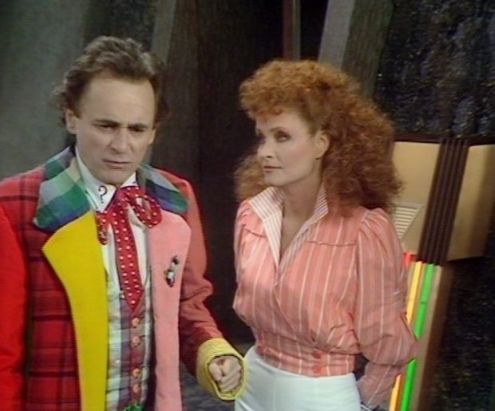 Seemingly unconcerned that she’s triggered a regeneration for the Doctor, the Rani then plays dress-up (see The Mark of the Rani for another example of her cosplay skills).  This time she’s dressed as Mel and there’s some fun to be had with Kate O’Mara’s wicked mimicking of Bonnie Langford.

Although the story is fairly derided, it does chug along quite nicely.  The small cast means that the focus is very much on the Doctor, Mel and the Rani.  How much this appeals does depend on your opinion of all three actors – so for some this is clearly not a good thing at all.  The Tetraps are a bit iffy though – they look like men in costumes, wearing masks (which is what they are, but it’s a bad sign when they look so fake).

But whilst I can’t make the case that this is an overlooked classic, it’s possibly not quite as bad as some would have you believe.  It’s certainly not Underworld bad, which is one of those stories where I find my brain switching off during episode two and by the time the credits for episode four have rolled it’s very hard to remember exactly what’s happened during the last 75 minutes (apart from bad CSO, rocks, more bad CSO and more rocks).

Given the rather indifferent nature of The Trial of a Time Lord, S24 really needed a substantial opening story that would refire the public’s imagination.  Time and the Rani certainly wasn’t it (in fact we’d have to wait another year and Remembrance of the Daleks for the first signs that Doctor Who was starting to recover it’s strength) but Time and the Rani is a diverting enough way to spend 100 minutes.