Skip to content
HomeOut of the Unknown – Welcome Home

Following a serious car accident, Dr Frank Bowers (Anthony Ainley) has spent a long time convalescing in hospital.  Eventually, he’s pronounced fit, so he discharges himself and travels down to join his wife in the country.  Bowers’ wife Penny (Jennifer Hilary) has bought a cottage at Castleforge and he’s looking forward to seeing it for the first time.  But when he arrives, he’s astonished to find that Penny apparently doesn’t recognise him.  And the man she’s living with is also called Dr Frank Bowers (Bernard Brown).

Welcome Home by Moris Farhi has an interesting premise.  Anthony Ainley is very good as Bowers One, a man who appears to have found a cuckoo in his nest, whilst Bernard Brown is icily efficient as Bowers Two.

Bowers Two wants to use a new drug called DK-5 on Bowers One.  DK-5 makes the recepient very suggestable to false memories implanted by the user.  Bowers One surmises that it’s already been used on his wife and a number of other people, which has enabled Bowers Two to take his place.  But for what reason?  Bowers One considers a range of possibilities, including alien invasion.

Bowers Two produces evidence that Bowers One is actually called Peter Johnson, a psychopath who never recovered from the trauma of being scalded with hot water as a child by his father.  Bowers One does have these memories, but are they real or just implanted by Bowers Two with DK-5?

Moris Farhi drew inspiration from revelations about psychiatric experiments with mind-bending drugs that were carried out behind the Iron Curtain.  For example, he cited the reports of Vladimir Bukovsky which became public knowledge at this time.

The setup of Welcome Home is good, and Ainley is convincing as a man struggling to make anybody believe that he is who he says he is, but there’s no denying that the story doesn’t end well.  This is a pity, because up until the last five minutes or so, it’s been an intriguing mystery.  It’s just that the resolution of the mystery is far too implausible.

Next Up – The Man In My Head 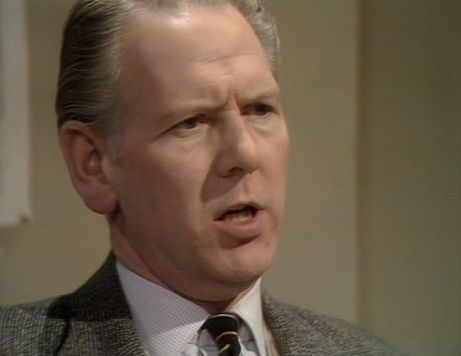 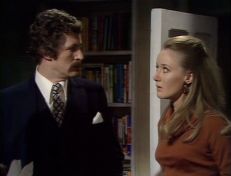 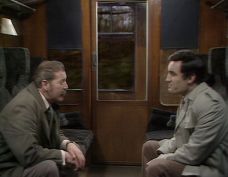