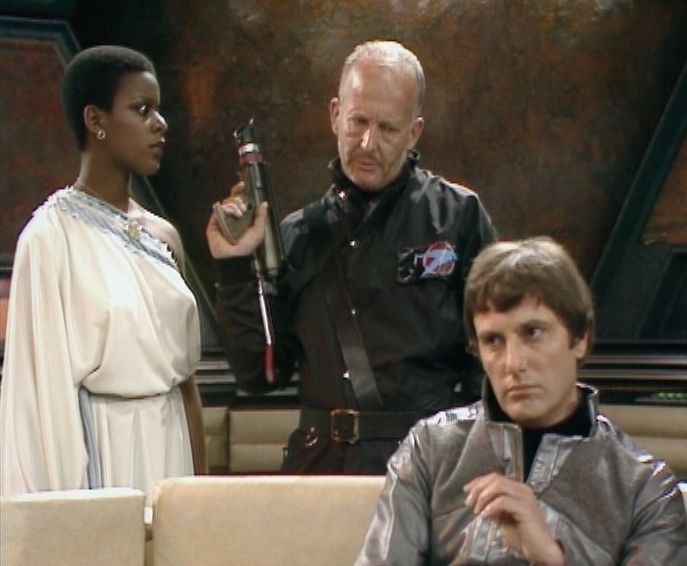 With the departure of Gareth Thomas, Blakes 7 needed a new central dynamic.  It’s easy to see how the Blake/Avon relationship was recreated with Avon/Tarrant, but there’s one major difference.  Tarrant, like Avon during series one and two, is presented as the questioning figure of the group – often wondering if the plan they’re embarking on is wise – but he clearly lacks Avon’s experience and so ends up as a much less forceful figure.

So whilst Blake/Avon was more of a meeting of equals, Avon/Tarrant has something of a father/son feel with poor Tarrant coming off second best more often than not.  No doubt this is also a consequence of the slow rise of Avon’s megalomania – as we’ll see (especially during series four) Avon becomes increasingly disinclined to listen to anyone – with disastrous results.

Stephen Pacey, like Josette Simon, does his best with the hand he’s dealt, although Tarrant does sometimes come over as intensely annoying (Harvest of Kairos, springs to mind).  But he does start off with an interesting character dynamic.  He’s presented as the enemy (so it comes as a surprise when he joins the crew at the end of the episode).  Tarrant is the leader of a Federation raiding party who’ve taken control of the Liberator (much to Avon’s barely concealed disgust) but in the end it turns out he wasn’t a Federation type after all, he was only pretending.  Hurrah! 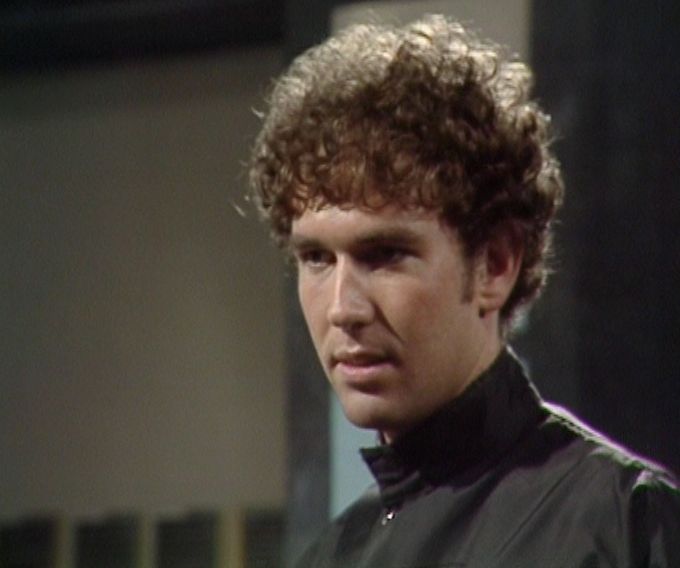 To be honest, there’s something of a lost opportunity here.  Tarrant claims that he’s a fugitive from the Federation but we’ve only got his word for it.  Could he really have been a Federation officer all along?  He’s certainly very convincing in the role.  The possibility that Tarrant may be untrustworthy and liable to sell them out at any minute would have provided a nice spark of tension, but this angle was never explored.

But if Tarrant is faux-Federation, then his second-in-command, Section leader Klegg (Michael Sheard), is Federation through and through.  With several day’s stubble and a perpetually irritated expression (like he’s just swallowed a space-fly) it’s a highly entertaining performance from Sheard – a cult film and television favourite of many, including me (he had umpteen Doctor Who‘s to his credit, along with films like Star Wars and Indiana Jones).

I wonder what Michael Keating and Jan Chappell felt when they received the first two scripts of series three?  They were barely in the first episode and spend episode two languishing in the sub-plot.  Both Vila and Cally seem to have landed on their feet after they’re taken to what appears to be a spotless hospital on the planet Chenga.  Vila thanks the two attractive young women – Zee (Primi Townsend) and Barr (Julia Fiddler) – most effusively for rescuing him. “You get paid for helping me? That’s what the primitives meant when they said that you get a bounty. You see, they’ve got it all wrong, they just don’t understand. You look after yourselves and thanks once again. I really, really mean that.”

It doesn’t take a genius to work out that Vila and Cally are being set up to take a fall.  The Chengans plan to harvest them for their organs – and wouldn’t you know it, the happy news is broken to them by Servalan.  If credibility was stretched to breaking point in the previous episode when she turned up on the same planet as Avon, there’s no words to explain how ridiculous it is that she just happens to bump into Vila and Cally.  Small universe, isn’t it?  Luckily the Liberator picks them up just before they’re sliced and diced.

Like Aftermath, this is a story that works well on a character level.  Terry Nation doesn’t provide us with any major surprises, but whilst it’s not subtle stuff it does clip along at a decent rate. 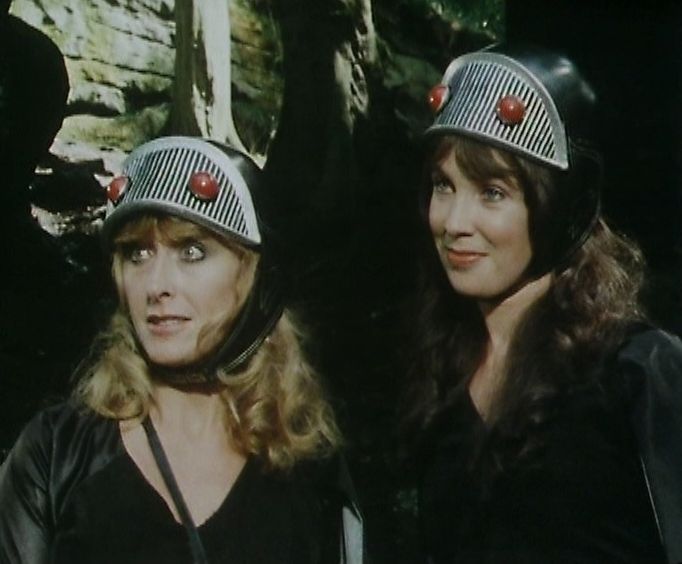