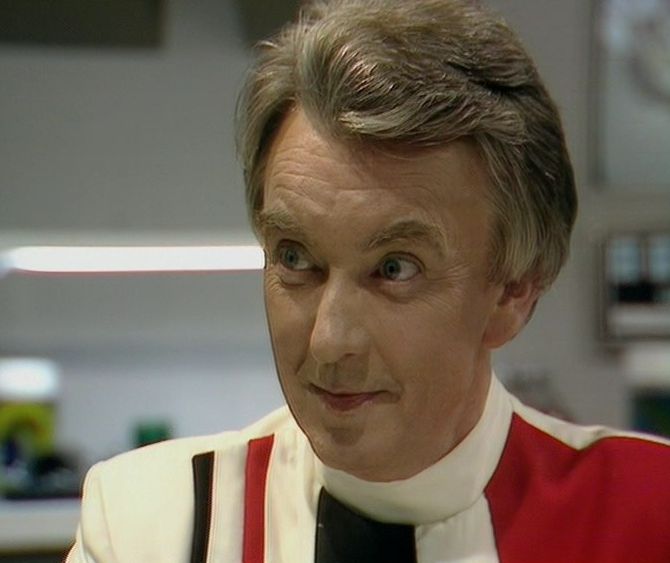 Long regarded as one of the worst episodes of Blakes 7, I have to confess that my latest rewatch of Animals has found me in a generous mood.  But when you start with low expectations (it’s an Allan Prior script for goodness sake) the only way is up …

Now that Avon’s gang has a base there’s no need for all of them to venture out on each adventure, which explains why only Tarrant and Dayna are aboard Scorpio as the episode opens.  The downside to this is that we don’t see Avon, Vila and Soolin until we’re about twenty minutes in, but the opening part of the story is undeniably a good opportunity for Josette Simon, who gets a series of lengthy two-handed scenes opposite Peter Byrne (playing Justin).

We’re told that Justin was one of a number of specialist tutors who helped to educate the younger Dayna.  Given that Dayna’s father was a rabid isolationist, this is rather hard to understand – the later revelation that Justin was working for the Federation at the same time is another slight head scratcher.

If Animals is remembered for anything then it’s for the animals.  Mary Ridge makes no effort to hold them back for a shock reveal (we first see them head-on when the episode is only two minutes old).  I guess that when you’ve got a group of actors standing around in such ridiculous costumes you might as well just bite the bullet and show them in all their, well, glory.

Rather like the Space Rats in the previous story, the animals are a major problem.  If their design had been a little less comic then I’ve no doubt the story would have a slightly higher reputation.  It’s also interesting that there’s another obvious parallel with Stardrive – both stories feature an ex-Federation scientist working in secret on an obscure planet.  A pity Chris Boucher couldn’t have jumbled the running order up a little ….

With Tarrant limping back to base in the damaged Scorpio and the others yet to make an appearance, it’s Dayna who has to carry the narrative onwards.  Her relationship with Justin is an odd one which has attracted a certain amount of debate over the years.  There’s off-hand comments on both sides to suggest that they previously had a bond which went beyond teacher/pupil boundaries, which given Dayna’s age at the time strays into slightly uncomfortable territory.  Or was it unrequited love back then, which is now suddenly flourishing?  Either possibility is valid.

Before teleporting Dayna down, Tarrant offhandedly refers to Justin as a mad scientist.  Dayna shrugs this off, but his genetic experimentations on the animals certainly seems to cross the bounds of acceptable behaviour. She asks him why.

DAYNA: Look, what was the object of the work? It must have had some object, some war object if the Federation backed it and built this place.
JUSTIN: The war object was to create a species, not necessarily human, that could go into areas heavy with radioactivity and act as shock troops. The federation had suffered losses of up to sixty percent front line troops. Now just think what a few squads of radiation proof space commandos could do.
DAYNA: Oh, I’m glad you never succeeded. It was a horrible idea.
JUSTIN: No, it was justified by the times.

It’s all slightly heavy-handed, but it taps into similar debates regarding animal experimentations which have raged for decades. Dayna’s reaction is interesting – she starts off appalled but slowly changes her mind.  Is this because of her lingering respect and love for Justin or does she see a way that his research could be used by Avon and the others in their fight against the Federation?

Compared to Doctor Plaxton in Stardrive, who barely had a handful of lines to outline her worldview and motivations, Justin is generously given several lengthy speeches in order to present his case. He says that his experiments on both humans and animals (which included painful brain grafts) now distress him, but he has to carry on. “I’m trying in a way to make sense of it all, trying to get something good out of it all. Don’t you see that? If this discovery simply goes for war purposes, to kill, then it’s all been in vain.”  His desire to continue the work so that eventually he can achieve something good out of the pain, misery and suffering he’s caused is logical, even if we don’t necessarily have to agree with it.

Rather unexpectedly, Servalan’s lurking about and becomes interested in Justin’s research. She interrogates the only man left alive who knows about it – Ardus (Kevin Stoney). You have to feel a little sorry for Stoney, he appeared in two different episodes of B7 playing rather small and nondescript parts. And both were scripted by Allan Prior too, which seems a tad unfair!  Although it should come as no surprise to learn that Stoney’s cameo here is played very well – his character may exist simply as an infodumper, but Stoney was too good an actor not to impress even with a very minor role.

Servalan’s (or Sleer’s I should say) ship is piloted by a female crew who apper to be Mutoids – although if so they’ve undergone something of a glam makeover. She also has several male subornates on hand – who are very much the type we’ve seen so often in the series before. But there’s no point in taking too much interest in them as I’m sure they’ll have been replaced next time with almost identical characters.

Servalan’s manipulation of Dayna – first torture and then brainwashing to hate Justin – is ruthless even by her standards.  Josette Simon does seems a little stiff when she’s playing brainwashed Dayna, but luckily these scenes don’t go on to long.  The ending is a typically bleak late period B7 one – everybody loses, but Dayna loses the most.  Possibly Josette Simon might look back on her hysterical sobbing with a tinge of regret (that is if she ever rewatches her B7 episodes – which I guess is rather unlikely) but apart from her over emoting and the silly looking animals, this one stands up pretty well.

Peter Byrne, who’d played Andy Crawford on Dixon of Dock Green for twenty years, makes the most of a very substantial guest role, whilst the peerless Kevin Stoney livens up proceedings for a few minutes.  All in all this was pleasantly entertaining. 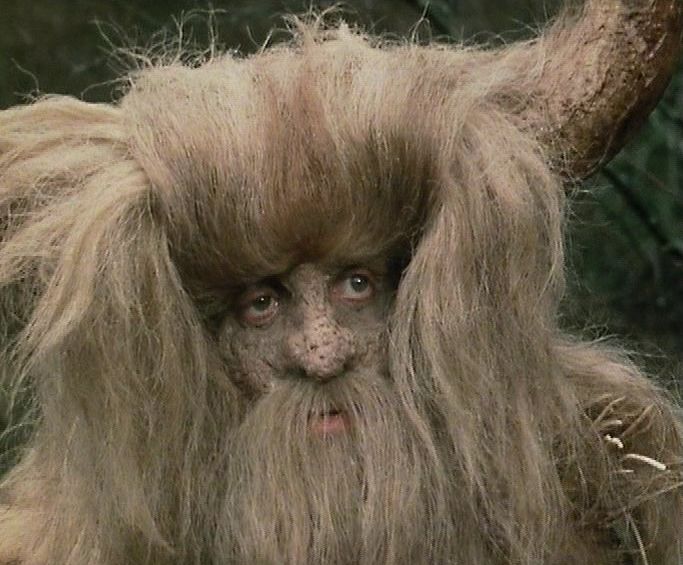 One thought on “Blakes 7 – Animals”