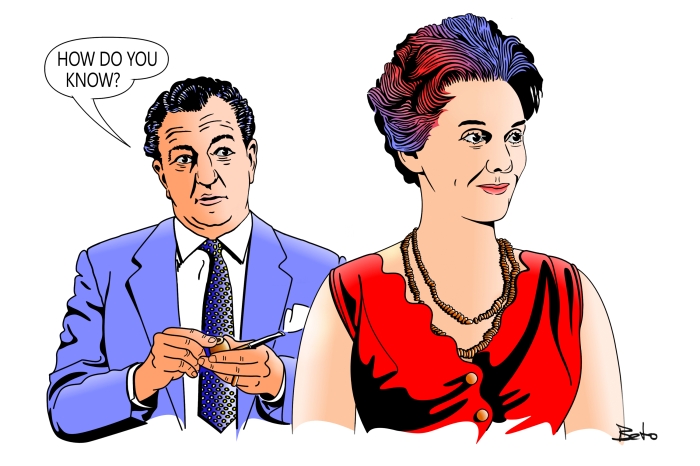 Friend of the blog Berthold Deutschmann has written this interesting article (in addition to supplying an impressive piece of artwork) about Helen Shingler, who played Madame Maigret in the classic 1960’s BBC series

According to the latest dates on the Internet, Helen Shingler (“Madame Maigret”) recently celebrated her 100th birthday, on August 29th, 2019. I have found just one birthday greeting. Actually, I read somewhere that she would belong to a list of “forgotten actors”. I was taken aback by that. And Rupert Davies would be a “forgotten actor”, too. I don’t believe it! At least in Germany both are still known as the ideal tv Maigret couple. In fact, from the DVDs you might get the impression, the Maigrets are still in deep love, even after many years of marriage. This is played so convincingly, that a friend of mine believes there could have been a real relationship between the two actors. I do not agree with her, because I think, both were absolutely loyal to their own familiy.

As for the Maigret tv series, Mrs. Shingler’s desire was to have a bit more influence on the solution of the murder cases of her tv husband, Chief Inspector Maigret. I know of just one case in which she really can help him, shown in the episode “The White Hat” (German version: “Madame Maigret als Detektiv”). Gererally, she remains the housewife in the Maigret flat at Richard Lenoir Boulevard in Paris, but still she is absolutely essential for “Monsieur Maigret”. He would not be the successful Sureté commissaire without her at his side, or in the background, at home. On the writing desk in the commissioner’s office at Quai des Orfèvres there is put up, quite obviously, her framed picture.

For my comic-style illustration I had a scene in mind, in which Madame, for the time being, happens to know more than Monsieur, perhaps some fine detail that could be helpful to solve the current crime mystery. I hope you will like my work.

Below is an interview with Helen Shingler, conducted by Sheila Purcell, from 1962. 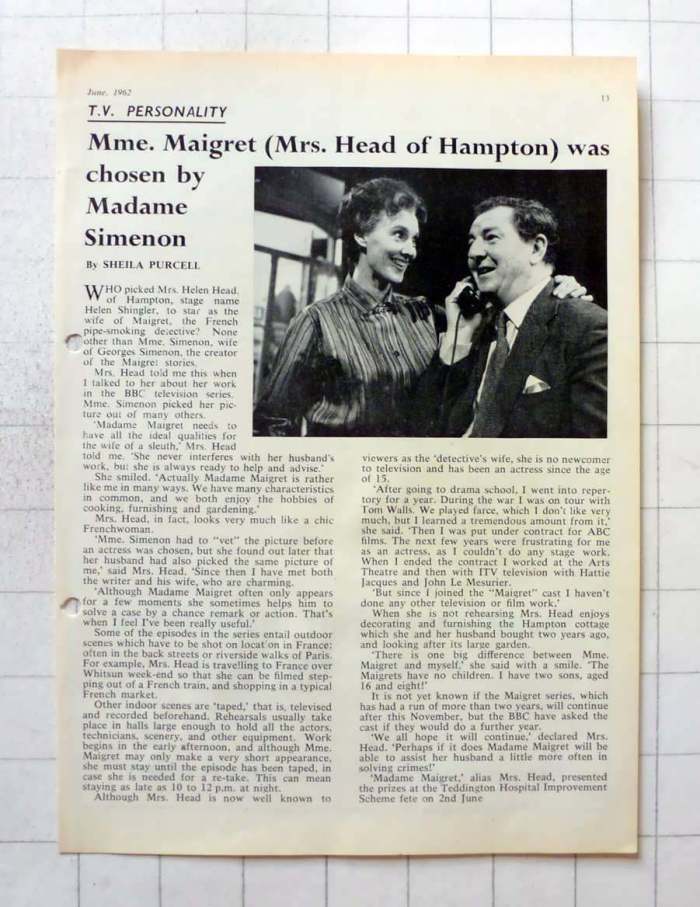