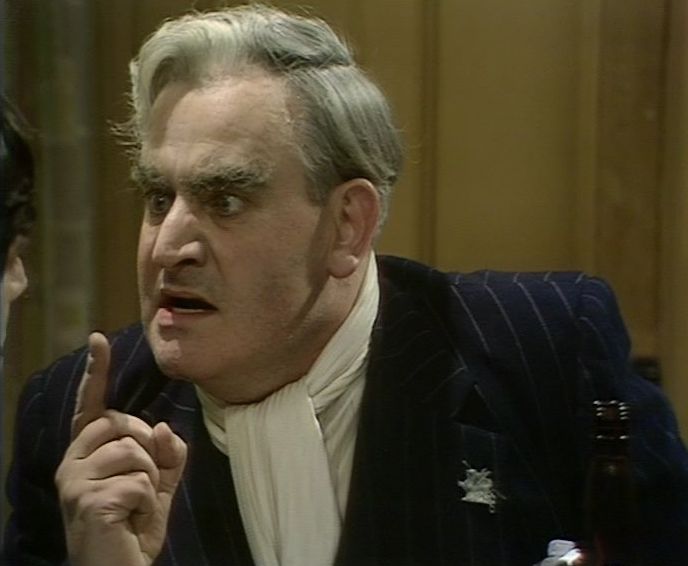 Count the number of Welsh clichés in the opening thirty seconds.  Male voice choir, check.  Shot of the village with the colliery prominent, check.  A full house at the chapel, check.  If this one had ever gone to a series then goodness knows how many more clichés it would have racked up.

At least it has a decent number of Welsh actors. Talfryn Thomas, at times the BBC’s stock Welshman, naturally appears as does the always watchable Emrys James as Reverend Simmonds.  Barker, of course, wasn’t Welsh but he manages a decent accent (which he’d later revive for the largely forgotten Roy Clarke sitcom The Magnificent Evans).  Barker plays Grandpa Owen (who doesn’t last long) as well as the younger Evan Owen.

Gambling fever has long gripped the village and the late Grandpa Owen leaves his family with a problem.  His son Evan realises that just before he died his father had a big win on the horses.  But where is the betting slip?  After searching the house with no success, Evan decides that the slip must be in the coffin, meaning that Grandpa Owen’s peace has to be disturbed ….

The second of two Seven of One scripts penned by Dick Clement and Ian La Frenais, this was the one that Barker felt had the best chance of going to a series (he had to be persuaded that a prison-based comedy had legs).  And if it had moved away from the rather limiting topic of gambling then the quality of the cast (including Richard O’Callaghan and Beth Morris as Evans’ son and daughter) would have been a major plus point.

O’Callaghan may not be Welsh, but he still makes a good impression as Mortlake, a man just as keen as his father to dive into the coffin to see if the betting slip is there.  Although since the coffin isn’t yet screwed down you have to wonder just why they just don’t open it up and be done with it.  The lovely Beth Morris doesn’t have a great deal to do except stand around and look lovely (especially at the end, where her low-cut dress has Talfryn Thomas’ Mr Pugh rather lost for words).

Apart from Prisoner and Escort and Open All Hours, Seven of One offers up fairly forgettable fair.  I’ll Fly You For a Quid is one of the stronger later entries, but overall the series lacks the consistency of Six Dates with Barker.