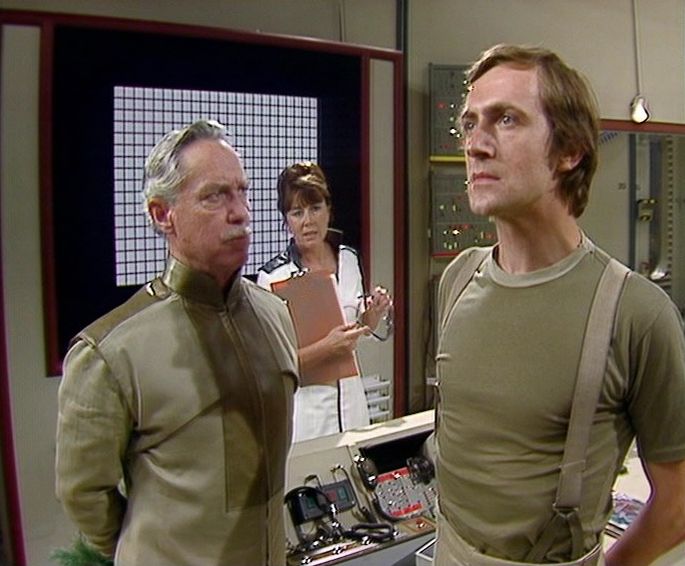 It does seem astonishing that Kinda ended up bottom of the 1982 DWM Season Survey poll. Although it’s easy to argue that Kinda’s theme and subtexts wouldn’t have necessary engaged the (I assume) largely teenage readership of the magazine (no surprises that the straight-ahead thrills of Earthshock were much more to their tastes) it does appear that contemporary Doctor Who fandom also regarded Christopher Bailey’s story with less than open arms.

Although Kinda did have its supporters, some fanzine reviews at the time were also fairly negative and you do get a sense that those who praised the story were well aware they were ploughing a rather lonely furrow. The puppet snake was then and will probably forever be a source of irritation and embarrassment for a section of the audience, although it’s never bothered me (and for those who still haven’t learnt to forgive, forget and love the snake, they can always use the nice CGI option on the DVD).

Initially Kinda seems to be operating on fairly normal lines. The concept of a planet where the seemingly primitive indigenous population face unwelcome and seemingly technologically superior visitors is a familiar Sci-Fi trope whilst the fact that Sanders (Richard Todd) and Hindle (Simon Rouse) are decked out in vague military uniforms (and in Sanders case, a pith helmet as well) means that the parallels to the British Empire are as obvious as they’re unsubtle.

In their early scenes, the characters of Sanders and Hindle operate as familiar archetypes. Sanders is bluff and gruff (albeit with a faint sense of humour) whilst Hindle comes across as a humourless by-the-book martinet.  The third member of the team, Todd (Nerys Hughes) possesses a questioning nature, thereby providing her with an overview that the others (especially Hindle) lack.  Given her scientific background this isn’t surprising though (especially since the hand of Christopher H. Bidmead was on the tiller – at least initially).

So it’s clear that when the Doctor enters their world he’s going to have one ally (Todd) and one adversary (Hindle) with Sanders possibly wavering in-between these two positions. Numerous Doctor Who stories feature an authority figure who complicates the Doctor’s progress, but whilst Hindle certainly fulfils this standard role it’s his highly unstable nature which is strikingly original.

The first discordant note is struck after he demolishes Todd’s laboratory in a fit of pique. It’s a very childish act which nobody in their right mind would have carried out (so serves as an early pointer that all is far from well with him).  After Sanders heads out into the jungle, leaving the Doctor, Adric and Todd at his mercy, it’s not certain precisely what will happen next …

When Bailey was originally commissioned, Nyssa wasn’t part of the TARDIS crew, hence the reason why she’s written out (bar brief topping and tailing appearances). This is a shame, as with a spot of rewriting she could have taken on many of Todd’s responsibilities (both are questing scientists after all).  But Nerys Hughes formed such a good rapport with Davison that it’s impossible to complain about the way things turned out.

Kinda is often referred to as Tegan’s story, although it’s striking how minimal her involvement is. If you added up all her scenes during the first two episodes it’s doubtful they’d reach five minutes, she spends episode three asleep and only comes to life again during the final instalment where she returns to fulfilling her more traditional companion duties (and is consequentially less interesting than previously).

In this first episode she’s trapped in a strange netherworld, menaced by the mysterious Dukkha (Jeff Stewart). And even though Tegan only features in a handful of scenes, they’re all deeply unsettling.

TEGAN: Am I dreaming you, is that it?
DUKKHA: Are you?
TEGAN: Or imagining you?
DUKKHA: Possibly.
TEGAN: Then I can abolish you, can’t I?
(Tegan closes her eyes then opens them again.)
DUKKHA: Puzzling, isn’t it? And by the way, one thing. You will agree to believe in me sooner or later. This side of madness or the other. 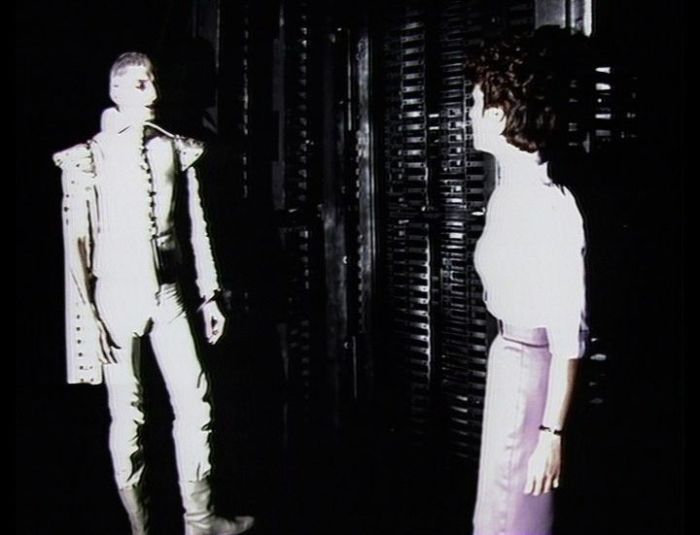