Several times during the last series, Les took to the streets in order to confound the residents of Leeds with some hidden camera stunts. This idea gets another outing today – he’s disguised as a German tourist – although as before it’s difficult to believe that he wasn’t identified. This quibble not withstanding, the grimy film sequence does provide a brief window into a vanished world, so it’s of interest from that standpoint.

Today’s first studio sketch is a little different from the norm. It’s mainly just Dawson (as a police sergeant) on the phone to someone who may or may not be royalty. The answer to this question is provided when one of his colleagues walks in with a polo mallet. A break from the slapstick seen previously, but it’s hardly a rib-tickler. One innovation is that the same set is used again in part two for another sketch.

American singer Esther Marrow impresses with a rendition of the Love The One You’re With. The performance is given a little extra punch by the way that the camera moves around – at one point it’s positioned behind her, giving the viewers an unusual shot of the watching audience.

The Skylarks are back! With the assistance of the Syd Lawrence Orchestra they chug very nicely through We’re In The Money. Although since the Denys Palmer dancers were dressed in stockings and suspenders I’m afraid my attention wandered a bit …

After the break there’s something of a curio. Dawson had made a few attempts to break into the music business, but he would never enjoy the success of some of his contemporaries such as Ken Dodd. Promise Me, released by Decca in 1971, failed to set the charts alight but it’s still interesting to hear it (the song accompanies a filmed item featuring the journey taken by Dawson and his significant other – from childhood sweethearts to old age pensioners).

Peter Noone pops up with a jaunty version of the Buddy Holly classic I Guess It Doesn’t Matter Anymore.

Although the audience were generally very warmly approving towards Dawson’s convoluted monologues, occassionly the odd line fell flat. This happens today (“Pilbeam Bottlecrud was a strange looking woman. She was short, fat and always wore a black dress. When you first met her it was like shaking hands with a ginger beer”). But there’s something about the way Dawson pauses to acknowledge the sparse laughter, raises an eyebrow and then presses on which keeps the audience on his side. 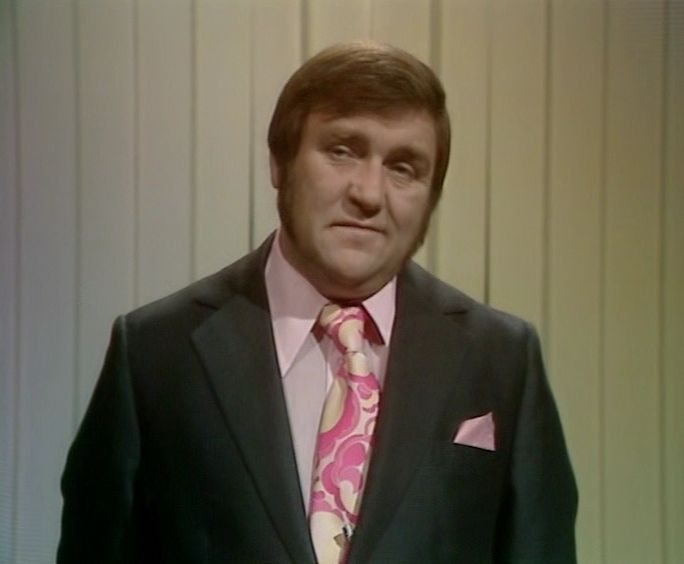