The episode opens with a gorgeous sweeping aerial shot as the Xanadu makes its way back to Tarrant. This almost – but not quite – makes up for the fact that Leo is present and correct onboard and no worse the wear for his dip in the ocean. Whilst this isn’t as bad as negating an end of series cliffhanger, it’s still an annoyance to have set up a dramatic beat and then see it dismissed so casually.

All three elect not to tell anybody about Leo’s dice with death, Jack commenting that “it never happened, did it? Must have been a bad dream”. Was this a sly nod to Bobby’s shower exploits in Dallas? It’s a rare sunny day in Tarrant and a fair number of extras were pressed into service as the Xanadu makes its triumphant way into port.

Ken’s very active today (and he’s also wearing a very eye-catching jacket). First up there’s a meeting with Sir John. These encounters are always entertaining, not least for that way that Sir John (unique amongst Tarrant residents) always refers to him as “Kenneth”. Since the bank seems disinclined to help him raise some working capital, Ken then moves onto Sir Edward. This is also great fun, as he brazenly attempts to blackmail Sir Edward! You suspect he’s dicing with danger there.

Later, there’s more personal matters on hand as he invites Jenny out for a drink. Ken making a move on the prettier members of his staff isn’t a new thing, but Jenny (at present) isn’t prepared to give him more than a shoulder to cry on. It’s a fascinating few moments nonetheless, as Ken opens up about his childhood (his first racket was reselling school milk!) and the fractious relationship he enjoyed with his father. It’s a pity that we haven’t really looked before at what makes Ken tick, but better late than never.

He didn’t want to know anything about me, thought I was the black sheep of the family. Said if I didn’t sort myself out I’d end up going to prison. What did he know? Nothing. By the time I was eighteen I had my own business. It was a garage business. Do you know something? He was one of my first customers. He drove around in a used car when I drove around in a brand new one. I earned more in a week than he earned in a year.

Nice Orrin from a few episodes ago now seems to have been replaced with the more familiar Nasty Orrin. He continues to harass Abby whilst also making his presence felt at both Leisurecruise and Relton. Oh, and his braces are impressive as well.

The seasoned HW watcher should know never to believe what people say (they’re more than likely to do the exact opposite). So when Lynne declared in episode two that she had no interest in returning to England, I wasn’t convinced. And so it came to pass that she rather improbably hitched a lift on the Xanadu. Jan and Kate are absolutely delighted of course and there’s an awful lot of cooing as the pair welcome the young chick back into the fold. A rare moment of happiness, although how long everybody stays happy remains to be seen ….

Gerald and Laura have an awkward meeting. He’s still bitter and hurt over the way their seemingly close personal relationship simply evaporated. I’ve said it before and I’ll say it again, Ivor Danvers was one of HW‘s most underrated performers and whenever he was given something dramatic to get his teeth into (sadly not very often, as most of the time he existed to line feed Charles) he never disappointed. Danvers deftly captures Gerald’s conflicted emotions whilst O’Mara also plays the scene well – Laura’s self-satisfied smirk after Gerald leaves is a sign that her contrite statements were valueless.

Vanessa eventually accepts Jack’s offer of marriage (I love the way he takes an extra gulp of whisky just before she delivers her answer!) whilst Jan continues to have a rocky relationship with Robert. In all the excitement of welcoming Lynne home, Jan totally forgot about the meeting he’d arrived with the bank’s solicitors. Cue a couple of grumpy looking extras looking at their watches and sighing. She may be apologetic, but it’s obvious from the expressions she pulls that Jan really doesn’t like anybody telling her what she should do.

The major revelations in this episode are left for the closing minutes (at least this is a cliffhanger which will be difficult to reverse). Sir Edward has gathered all his friends, family and business associates together for a garden party. Slightly surprising that Charles accepted the offer, but in plot terms all will become clear shortly.

Revelation one is that Sir Edward has married Polly. There’s a faint ripple of applause whilst various folk (notably Jan and Gerald) look rather ashen faced. But whilst we’re all still reeling from that, he drops another bombshell – he’s not a well man and has returned to Highfield for the last time. The camera seeks out Charles, who slowly begins to process precisely what this new information means …. 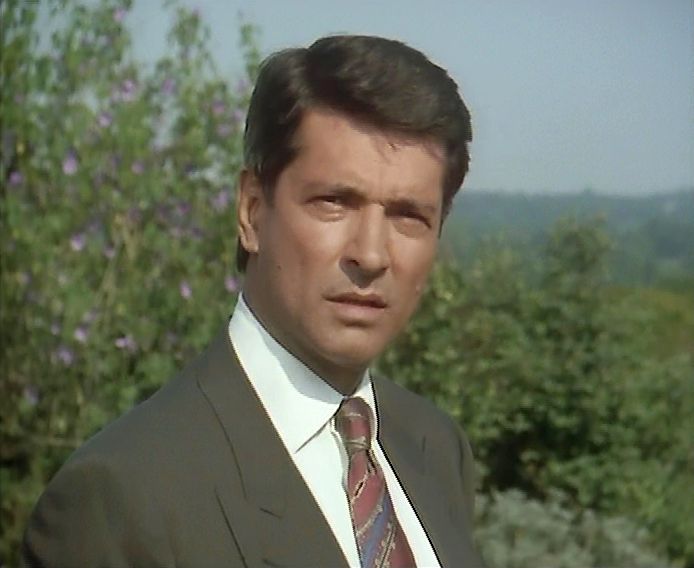