Most people will probably be aware of Sanford and Son, the successful US version of Steptoe and Son which ran for a total of 136 episodes during the 1970’s. But an earlier attempt (by Joseph E. Levine in 1965) to adapt the series for the American market has remained, until now, little more than a footnote in the Steptoe and Son story.

This was due to the fact that no recording was known to exist – until, that is, researchers from Kaleidoscope stumbled on a film print in Ray Galton’s basement. This is touched upon in the brief special feature, which we’ll come to later, but what of the main course?

Whilst Ray Galton and Alan Simpson have a prominent “created by” credit on the opening titles, their voices are largely absent. Although the half hour does feature a squabbling father and son duo called Albert and Harold who run a rag and bone business, it has a very different feel from the BBC Comedy Playhouse pilot, The Offer.

That was a claustrophobic two-hander, whereas this is more expansive (there are a number of other speaking parts, most prominently Jonathan Harris). Albert (Lee Tracy) is still the manipulative one, but Tracy doesn’t have Wilfred Brambell’s aura of pathetic defeat. Instead, Tracy’s Albert is a spry sort of chap, happy to hang out at the local café (singing along with the local beatniks, no less). 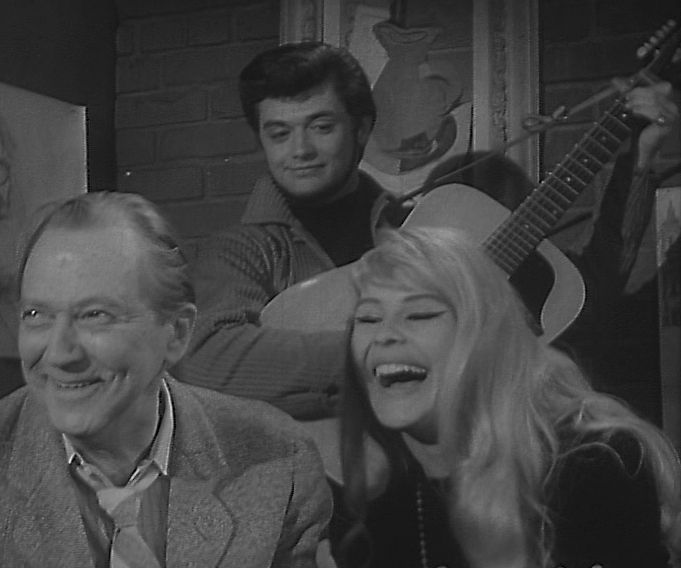 Aldo Ray’s Harold has the same sort of put-upon air that Harry H. Corbett excelled at, although Ray doesn’t really have long enough to make his mark. There are a few brief moments when his anger comes bubbling to the surface though – had the show gone to a series then this might have been an interesting area to develop.

One part of the pilot which isn’t very effective is the soundtrack. The incidental music is very much in the “waa, waa, waaaaa” tradition – hammering the comedy points home with a lack of subtlety. The laugh track (I’m not sure whether it was canned or actually a genuine audience) also seems a little off.

Although Harold does call Albert a “dirty old man” several times, the context is quite different from the British original. It’s nothing to do with his lack of hygiene (this Albert is always very dapper) instead Harold’s cursing is aimed at the way his father always manages to outsmart him (with a “waa, waa, waaaaa” on the soundtrack, no doubt).

Although you might have expected Phil Shuken’s teleplay to be an adaptation of The Offer (and some of the pre-publicity suggested this was so) the pilot is a totally different story. Although Harold is keen to leave, he’s pre-empted by Albert who signs the business over to him. Of course this is only a ruse and the status quo is restored at the end after Albert tricks Harold into burning the agreement. Harold expresses mild exasperation at this – but there’s no room for the emotional distress displayed by Harry H. Corbett (“I can’t get away, I can’t break free”).

In one way it seems invidious to keep on referring back to the BBC original, but if it wasn’t for the Galton and Simpson connection then this pilot’s appeal would be very limited indeed. As a curio for those interested in Steptoe or G&S then it’s certainly of interest – provided you’re not expecting something as bleak and impressive as The Offer then it’s a diverting enough half hour.

Shot on 35mm film, either it’s undergone some restoration work or Ray Galton’s basement was the ideal place to store film materials, as it looks very nice with only a few intermittent seconds of damage here and there. The sole special feature is a four minute excerpt from the Kaleidoscope documentary The Native Hue of Resolution.

This sees Ray Galton and Tessa Le Bars (G&S’s agent) venturing down to Ray’s basement, where they just happen to stumble over a film can. No doubt this was a moment staged for the documentary, but it’s still nice to see them rummaging around this room of treasures for a few minutes.

Steptoe and Son is worth a look, but with a running time of only thirty five minutes it’s an expensive buy. If these archive releases continue, then there might be some merit in collecting various orphaned titles together – that would be one way of offering decent value for money. 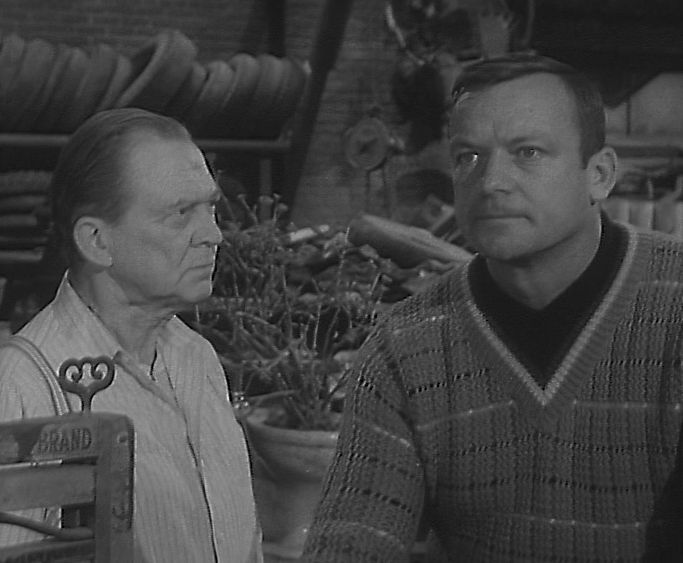