The Settlers. Well they’re colourful, if nothing else. Comprising three chaps – dressed in yellow, green and blue suits – and a young lady whose dress has all those colours and more, they open proceedings with a bang. The young lady (Andie Sheridan I believe) bangs a mean tambourine whilst the gentlemen all energetically strum their guitars. It seems to meet with the approval with the crowd who are nodding their heads in time to the music with mild gusto (especially the chap with a Tartan bobble hat). Oh, the song they’re singing today is called Shoes.

The group had teamed up with Cliff Richard and William Hartnell in the 1969 series Life With Johnny – a show so obscure it didn’t appear on Hartnell’s cv until a few years back (an episode had been sitting on YouTube for some time without anybody noticing). I think they’re a group to investigate further at a later date (their website looks to be a good place to start).

Johnnie More is an impressionist. He does Tommy Cooper of course (at least he doesn’t wear a fez). It might not surprise you to learn that there’s a little bit of Frank Spencer too, although he does throw in a few more unusual victims, such as Ian Paisley.

It’s Bert Weedon! His Play in a Day book was a bible for so many budding guitarists – Paul McCartney, Hank Marvin and Eric Clapton to name but three. A pity he’s only given five minutes, but Hava Nagila and Guitar Boogie Shuffle both go down very well with me. His sparkly top is a thing of beauty as well.

It’s a very music-orientated show today as after the break Keeley Ford appears to sing When You Smile. This seems to have been her sole television appearance, although she released a number of singles during the mid seventies.  She’s a performer quite happy to give the men in the audience the eye (one chap seems very taken with her). Keeley then decides to move amongst the crowd, encouraging them to “la, la, la” along with her.  Alas, she passes by Tartan bobble hat man, who I’m sure would have been up for it.

To break up the musical turns, Tony Sabre is on next. He’s a spesh act who balances sabres (see, the clue’s in the name) on his chin. He’s not a one-trick pony though as he balances axes on his chin as well. It’s when he does his balancing act in the middle of the audience that things really get interesting.

Tony Hatch and Jackie Trent are headlining today. Everybody knows they wrote the theme to Neighbours but I find it more interesting that they penned Positive Thinking for Morecambe and Wise. Their spot, considering that they’re bill toppers, is quite short – but it’s a nice trot through Two Can Make It Together, Everlasting Love and Together.

Hatch was probably more suited to being a backroom boy than a front-man (he’s not the greatest vocalist ever) but Trench – resplendent in a canary yellow dress – certainly had an impressive set of pipes. 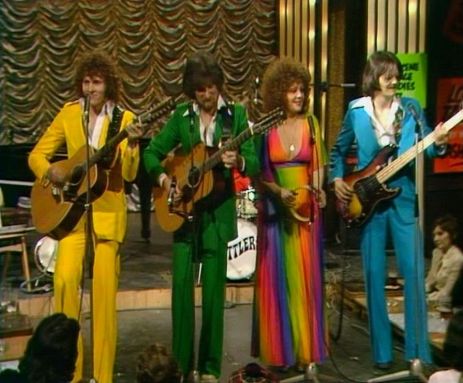 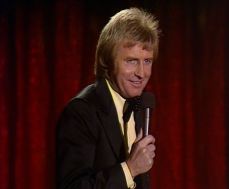 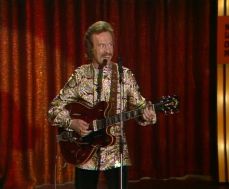