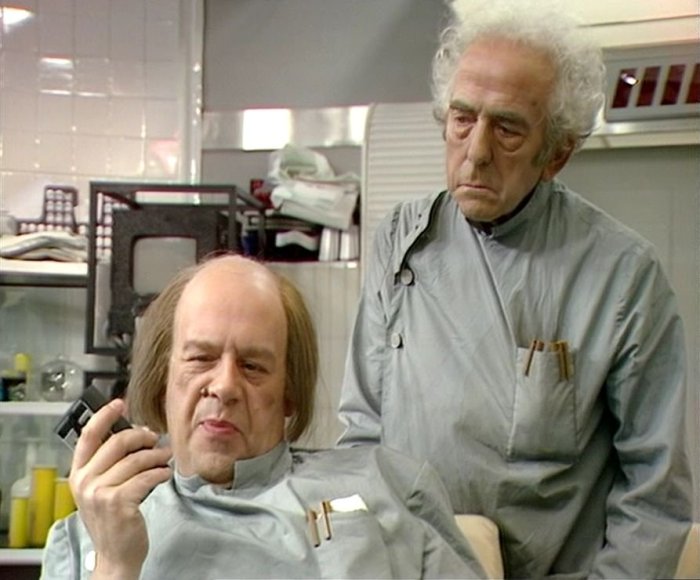 You don’t really need to see Robert Holmes’ name on the opening credits to know that Orbit is one of his. Doubtful than anybody else would have had the nerve to do a story quite like this ….

Egrorian (John Savident) is a grotesque who, despite his camp capering, still manages to come across as sinister and threatening. Savident is clearly enjoying himself, but he still reigns it in from time to time – most notably when he’s torturing the hapless Pinder (Larry Noble). “Can you feel your extensor muscle tearing? Can you feel your humerus grating against your radius? Hmm.? Just a little more… a little more… now you’re feeling it, aren’t you?”. Holmes’ dark streak is really noticeable in this story – possibly Boucher had decided that since the series had virtually run its course they might as well go for broke.

To nobody’s great surprise, Servalan is discovered to be lurking in the shadows, but on the positive side Jacqueline Pearce gets the rare opportunity to play comedy – her scenes with an amorous Egorian are wonderful (you can see a whole range of expressions flitting across her face as Egorian launches into his spiel). It seems slightly strange that Servalan has no backup at all, but if she had then the scene of her trapped with a randy Egorian wouldn’t have quite had the same impact.

The dialogue zings throughout. Egorian’s description of the qualities required by a great leader is a delight. “Natural leaders are rarely encumbered with intelligence. Greed, egotism, animal cunning, and viciousness are the important attributes. Qualities I detect in you in admirably full measure”.

But as entertaining as all the Egorian byplay is, it’s the final ten minutes or so (as Avon and Vila find themselves in dire straits) that really stands out. A pity that Paul Darrow couldn’t make his innocent, pleading voice a little more convincing (or was it supposed to be deliberately off-kilter?). The sight of a sweating and tear-stained Vila carries a real punch (the sight of Avon attempting to shift a small Perspex box, slightly less so).

Had the show ran to a fifth series it would have been interesting to see how the Avon/Vila dynamic would have developed. Unfortunately it’s only lightly touched upon during the final two episodes.

But no matter, Orbit might be uncomfortable in many ways, but it’s still one of the series’ best episodes. 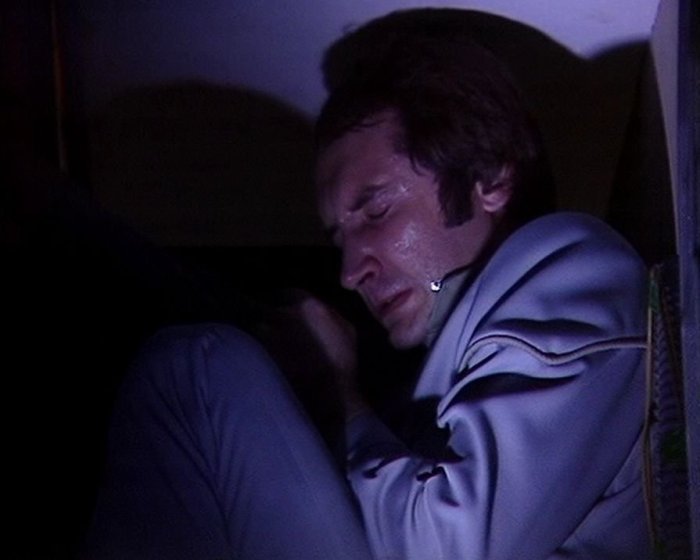