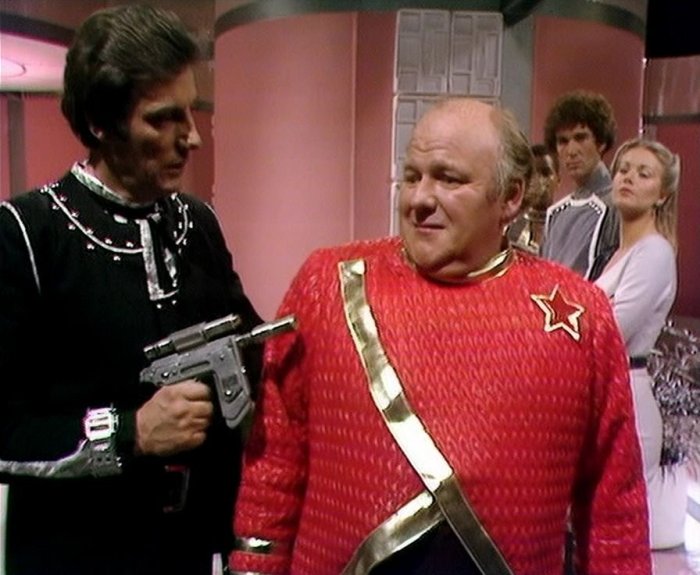 Avon’s old friend Keiller (Roy Kinnear), the purser of a pleasure liner called the Space Princess, has a foolproof plan to steal a fortune in gold. What could possibly go wrong?

Gold works as well as it does mainly because of Kinnear’s performance. He plays perfectly to type – a shifty, ingratiating sort of person – and it’s the way that Keiller interacts with his “old friend” Avon as well as his vain attempts to flatter the ice-cold Soolin which provides the episode with pretty much all of its comic highlights.

Interesting that Vila largely sits the story out, was this because it was felt that the characters of Keiller and Vila were too similar? It’s a slight pity, but the little that Michael Keating has to do is impressive – I particularly like Vila’s first meeting with Keiller (which sees Vila in a faintly sinister and threatening mood).

To be honest, the plotline of cross, double-cross and triple-cross isn’t totally engaging, so it’s the smaller moments which make the story a rewarding one. The terrible lift music which haunts the Space Princess, Tarrant’s glassy-eyed and toothsome fake drugged persona and the orgasmic sound of the doors, to name but three.

The late arrival of Servalan is one of those totally unsurprising plot-twists. This does allow her to have a little natter with Avon though (which they didn’t do often throughout S4). Avon’s hysterical guffawing after he realises that Servalan’s totally outplayed him is either a further example of his fractured mental state or it demonstrates what a good sport he is. I know which I favour ….

Not a bad yarn, but I do find my attention drifting every so often. Slightly tarnished gold then. 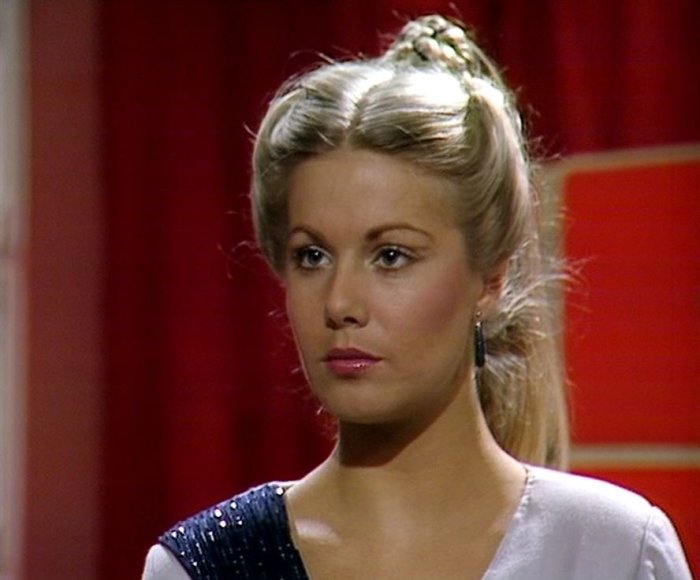