Taking a quick look at some of the programmes I’ve been watching over the last week or so.

As you might have gathered from the above screencap, this is one of the (many) episodes where the staff of Grace Brothers are required – for a very flimsy reason – to indulge in a spot of dress up.  But by the start of the next episode all of the changes we see have been completely forgotten …. 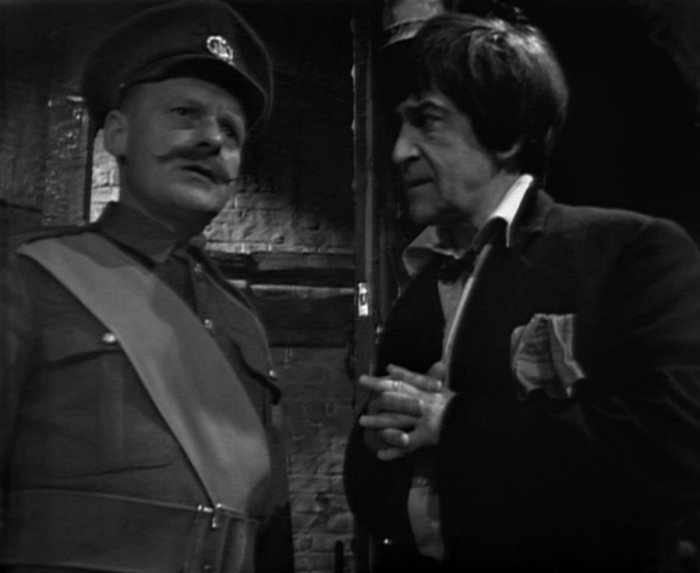 Continuing my rewatch tribute to Terrance Dicks (following Horror of Fang Rock) with this large slab of 1960’s Who. I’m taking it nice and easy (I’m sure some people have watched all four hours in one go, but that would several steps too far for me). I’m still finding that the story is as good as ever.  Yes it’s pretty leisurely, but every episode or so there’s a notable new arrival (some of whom only stick around for a short time) who ensure that the interest levels are kept up.

As always, I do slightly boggle at the performance James Bree. Possibly both he and Edward Brayshaw (who also delights in chewing the psychedelic scenery) deliberately decided to play things very broad.  Their performances certainly contrast sharply with the more naturalistic playing of most of the human soldiers (such as Graham Weston).

Some more Dawson-era Blankety Blank. This edition sees the above lucky contestant walking away with a toolkit (she puts a brave face on it).  What’s notable about the Dawson episodes I’ve seen recently is the fact that the female contestants are all young and personable (in contrast to Wogan times, when you’d also see a few oldsters).  Les doesn’t seem too disappointed though, as it’s fair to say he’s rather tactile with all the lady contestants.

Whatever Happened To The Likely Lads? – Strangers On A Train (9th January 1973)

Okay, it’s slightly contrived that the lights go out just as Bob happens to stumble into Terry’s compartment (and also that they come back on at exactly at right dramatic time) but I think we can cut Clement and La Frenais some slack on this. Especially since the dialogue and interplay between the pair is so sharp right from the off.

I love poor Terry’s lament (he’s still in his thirties at this point remember) about everything that’s passed him by during the last five years (due to his army service). “I missed it all. Swinging Britain was just heresay to me. The death of censorship, the new morality, Oh Calcutta!, topless waitresses and see-through knickers …” 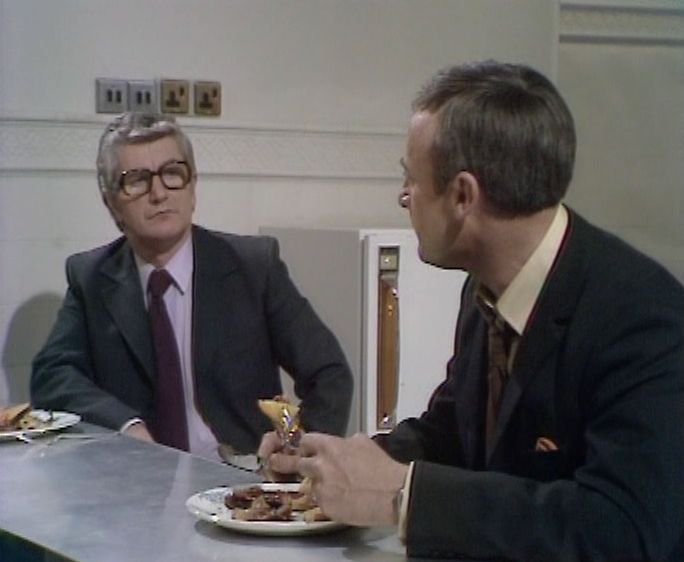 Dug this one out for another watch on the anniversary of T.P. McKenna’s birth. Every scene between Woodward and McKenna is excellent (George Markstein’s script gives them so much to work with). A pity Markstein didn’t write any other Callan episodes but some of his other work (especially Mr Palfrey of Westminster) has a very similar feel and is well worth seeking out.

You can read my previous thoughts on Call Me Enemy here.

Thanks to Forces TV, I’ve seen a few episodes of Shelley over the last week or so. Odd that they cut out the musical stings on the adcaps (and the picture quality is pretty mushy) so it does make me rather keen to dig out my DVDs for a more concerted rewatch.

Of Cabbages and Kings is an episode that’s always stuck in my memory – possibly this is down to the second half appearance of Fulton Mackay. He plays a friendly down-and-out who obviously sees two fellow souls in Shelley and Malcolm (Bruce Bould).  Shelley tends to work best when the plot is minimal – like this one. Cabbages is simply 25 minutes of three people chatting – a mini-play which works nicely as a snapshot of the depressed eighties (and sadly still seems relevant in today’s depressed times). I’m continuing to chug my way merrily through the available Superstars shows on YouTube. In this one, David Hemery and Malcolm Macdonald are the plucky Brits, hoping to uphold the honour of the nation.

It may not be as well known as Kevin Keegan’s bike incident, but Hemery’s nasty tumble in the steeplechase is an edge of the seat moment (well slightly).  Having watched a fair few of these now, because Hemery often pops up it’s easy to be invested in his fate.  As ever, the dips and squat thrusts make for compelling viewing.

One thought on “I have been watching ….”