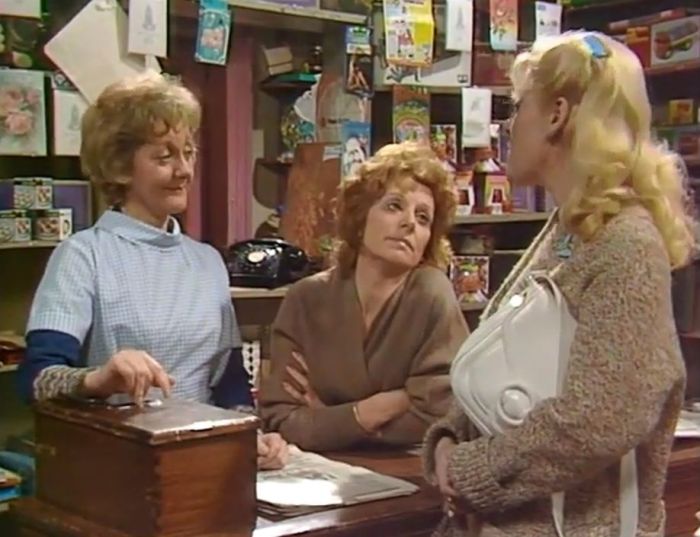 For the dedicated Coronation Street aficionado, enjoying the series as broadcast during 1960 to 1975 can only be something of an intermittent pleasure. Having recently catalogued the episodes I hold from this period (well it keeps me off the streets) I’ve established that I have a grand total of 211 (which is a fairly small sample, considering that over 1,500 episodes were broadcast).

But from April 1976 onwards we’re on much firmer ground as that was where Granada Plus started their repeat run from. Between 1996 and 2004 (when the channel was unceremoniously yanked off the air) they managed to go from April 1976 to early February 1994.  And since these episodes are circulating in various corners of the internet, with a little bit of effort it’s possible to enjoy a lengthy consecutive run of the series.

Personally, I probably won’t go too far beyond 1984, but when I get there maybe I’ll have the desire to press on a bit further. I won’t have to worry about that for a while though.

Although April 1976 seems like a rather arbitrary start point (you might have expected Granada Plus to rewind back to the start of the colour era) there looks to have been some method in their madness.  Bill Podmore had taken over as producer in early 1976 and he’d begun to refashion the series in his own image (for example, injecting more humour – which he felt had all but evaporated).

I do wonder just how dour and humourless the series had actually been before this, but until more examples of 1974 and 1975 Corrie turn up, it’s hard to know for sure.

Today’s episode – marking the return of Elsie Howard (nee Tanner) for the first time since October 1973 – is a pretty decent jumping on point. There’s a few unfamiliar characters dotted about, but many of the regulars would have been like old friends to the 1990’s audience.

The episode opens with a one-shot character, Mrs Conroy (Christine Buckley), bitterly complaining to Mavis in the Kabin about the state of her dentures. “You would think wouldn’t you, if they could build Concorde, they could make a pair of dentures that fit”. There’s no answer to that.

Good grief, Rita looks rough. Really rough. Is she feeling delicate after a night of carousing with Len? Mavis thinks so, but Rita is having none of it. We then drop in to see Ray and Deirdre getting dressed. The sight of Ray Langton with no trousers on is something that will haunt me for some time. I’m just grateful that his shirt managed to hide his underpants.

Len receives a mystery call. Who is it? Ah, you’ll have to wait until the end of the episode to find out. But if anyone can discover who it might be before then it’ll be our Hilda. She’s in full snooping mode today (her curiosity working overtime after Len asks her to clean his house). Jean Alexander is wonderful. This is something I know I’ll be repeating again and again and again ….

This era of Coronation Street has many reasons to recommend it – not least the way it’s now become a fascinating social document. Characters will often stop to bemoan the state of the country (some things never change then). Mrs Walker’s monologue today is a case in point. “I don’t trust the government. Industry is either a playground or a battleground according to the whim of the week”.

Minnie’s relaxing in the snug. Make the most of her as she’s soon to vanish, never to return.

Unlike some incoming producers, Bill Podmore didn’t swing the axe too much. But one character he did decide to write out was Tricia Hopkins (Kathy Jones). I’m not quite sure why though – after all, the Street was hardly awash with younger characters at this time and she had formed a decent partnership with Gail.  Her departure is especially odd when you look ahead to January 1977, whuch saw the introduction of Suzie Birchall – a character not too dissimilar to Tricia.

Everyone’s treating Ray and Deirdre to drinks at the Rovers because they believe Deirdre’s pregnant. Except she’s not. There then follows an embarrassed silence when the truth comes out, although I’m not sure how they were going to get away with it (would Deirdre have stuck a pillow up her jumper in a few month’s time?)

Len’s mystery visitor is …. Elsie. And although we don’t see her today, Ena’s curtains are already twitching in anticipation …. 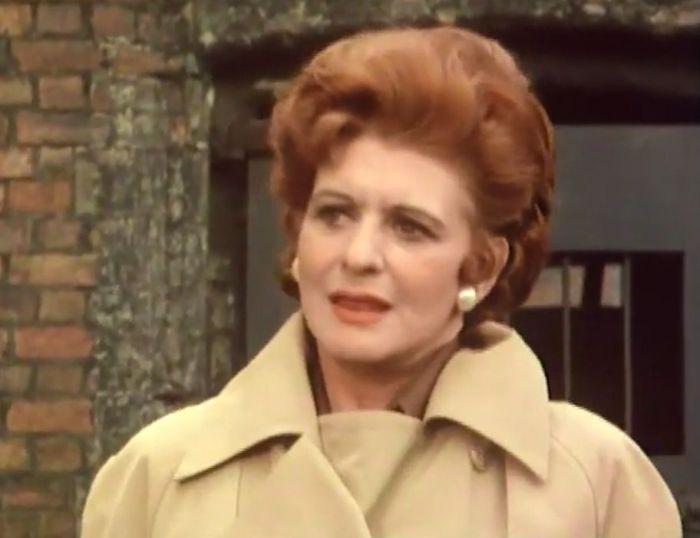