British actors browning up is an occupational hazard you encounter when watching television from the sixties and seventies. Today’s episode of Reeder has two prime examples – Michael Bates (as Ras Lal Punjabi) and Leslie Lawton (as Ram Bannerjee).

Bates, of course, would later don the brown make-up once again when he played Rangi Ram in It Ain’t Half Hot Mum. Bates’ performance in IAHHM is presumably one of the reasons why the sitcom no longer receives television screenings, which is a shame as Ram (as befits a Perry/Croft character) does have certain subtleties.

However, subtle is certainly something you couldn’t accuse Ras Lal Punjabi of being. The character is grotesquely over the top, but then – as per the episode title – that’s really the point of the story. Bates’ turn has an air of mockery, but it’s still somewhat difficult to take.

Elsewhere in the episode, a fresh-faced Ken Campbell catches the eye as Tommy Fenalow, an obviously criminal type. The suit and the moustache are both dead giveaways.

The story, such as it is, is not terribly gripping. But, as always, Hugh Burden manages to make something out of it. Reeder’s love for melodramatic theatre (he’s a devotee of the Sweeney Todd type of drama) is a nice little touch. Guy Verney’s direction is also quite noteworthy – he makes good use out of some strong production design (the high angles in the warehouse set, for example).

Having quickly skimmed through the original story, it’s interesting to note that Vincent Tisley’s adaptation was pretty faithful – especially the passage where Reeder explains to Margaret Belman exactly why he enjoys a decent melodrama. 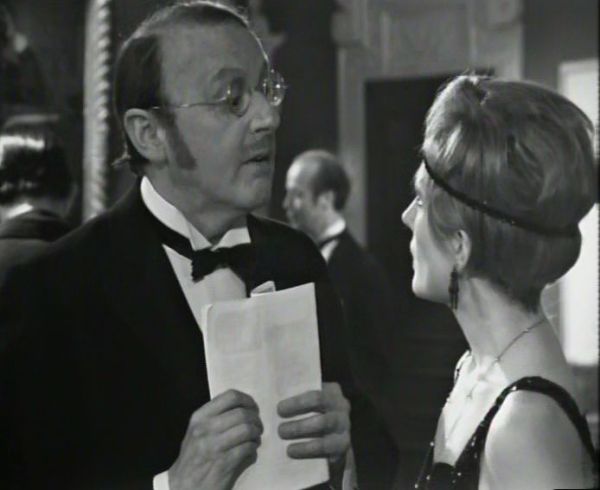