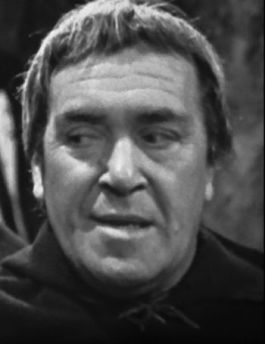 The delegates are back! And they’re giving Chen a hard time. One interesting revelation to come out of their discussion is Chen’s statement that the Daleks know the Doctor is a time-traveller. This presumably means this story carries on chronologically from The Chase, although if that’s the case why didn’t the Daleks identify the Doctor previously?

This also opens another can of worms – if these Daleks have access to time-travel technology then why don’t they simply nip ahead to Uranus fifty years in the future and collect another supply of taranium for the Time Destructor? It would have them saved ten episodes of running about ….

It doesn’t take long before the Daleks realise that the taranium core given to them by the Doctor is useless – which puts the pressure on Chen. They also continue to exterminate their former allies for no good reason, other than the fact it’s what they like to do. Spiky Trantis is the latest to bite the dust and the fact that it happens in front of Chen must be a clear signal to him that he’s on increasingly shaky ground.

The first eight minutes of the story have been pretty much business as usual, but when the TARDIS materialises in the middle of a cricket pitch (to the bemusement of the commentators) it’s obvious that the story is lurching into an off-beat mode. Eek! It’s become The Chase II …

The TARDIS then lands in an inhospitable, volcanic location. The last person you’d also expect to see there would be the Meddling Monk (Peter Butterworth) but there he is. Unexpected though the Monk’s appearance is, it’s also very welcome. Butterworth was excellent value during The Time Meddler and with Spooner now on scripting duties there promises to be more fun to come.

The Monk seems to have tracked down the Doctor purely in order to immobilise his TARDIS and strand him in one time and location (as the Doctor did to the Monk previously). But whatever the Monk did to the TARDIS’ lock, the Doctor – with his ring and the help of the sun! – still manages to get into the ship. Which makes this section of the story a little pointless really.

Never mind, as we’re soon off again – but this time the Doctor will be pursued by both the Monk and the Daleks. Once again the TARDIS heads back to present-day Britain (which is odd, since it’s the one place and time that the Doctor was rarely able to find for Ian and Barbara).