Drake is in an unspecified Asian country, attempting to discover why refugees fleeing to freedom disappear somewhere along the escape route. The easiest way to find out the truth is to pose as a refugee, but that’s also the most dangerous ….

Given that we’re in Chinese territory, I have to confess to suffering a twinge of anxiety. Which Caucasian actors would be adopting the “me velly solly” roles today? But actually we get off fairly lightly with only Willoughby Goddard forced to look faintly ridiculous.

Elsewhere, there’s the usual crop of British based actors (Anthony Chinn, Ric Young and of course the sainted Burt Kwouk) who could always be guaranteed to pop up in a story of this kind and add a touch of authenticity. Kwouk, as the easily bribed hotel receptionist, gives an entertaining turn as does Anna May Wong as Miss Lee, today’s damsel in distress.

Miss Lee is one of many seeking to escape the oppressive regime of the unnamed government. She doesn’t feature greatly, but at least her presence gives Drake something to fight for.

One interesting thing to note about the episode is that Drake isn’t called upon to move the plot along via voice overs. This device has been used fairly regularly in the previous episodes and can sometimes be a little irritating, although it wasn’t uncommon during half hour series of this era, where movement from scene to scene had to be rapid (see also Dial 999, which regularly used the VO method).

There’s not a great deal of mystery in the story as the pre-credits sequence reveals what happens to the unfortunate refugees – half way across the river they’re murdered and robbed of their valuables.

This is where the finer aspects of the plot start to niggle away at me. McFadden (Willoughby Goddard) tells Drake that he believes there’s a traitor in the organisation, but it becomes plain that there’s problems at both ends of the escape route.

Dr. Bakalter (Paul Daneman) looks to be one of the white hats – arranging Drake’s escape but asking for no payment – but it’s not terribly shocking to learn later that he’s one of the baddies. This revelation causes me to ponder over more plot niggles. If the refugees don’t pay Bakalter, then how does he know whether they’re carrying anything of value? Given that we’re clearly in a Communist state, surely most of those wishing to flee wouldn’t have a great deal of money anyway (plus if you murder all of your clients it can’t be long before someone starts to notice).

Let’s be generous and assume that only certain wealthy refugees were given the machine gun treatment and the poorer ones reached the other side of the lake.

When not worrying about the plot, there’s always Patrick McGoohan’s performance to enjoy. Posing as an engineer, he adopts a very interesting accent although he doesn’t keep it going for long. I also enjoyed Drake’s interlude in the steam baths, where he luckily came up with the right answers (had he not, he might have been fried to a crisp!). His bamboozling of the local police also entertains, allowing McGoohan a chance to play broad (something which so far in the series he hasn’t been able to do very often)

Ian Stuart Black’s script is competent enough and it’s always a pleasure to see Paul Daneman, but I have to confess that The Journey Ends Halfway doesn’t really catch fire for me. 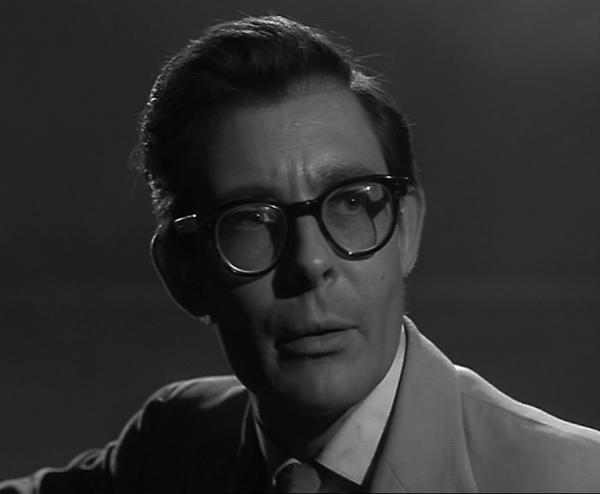