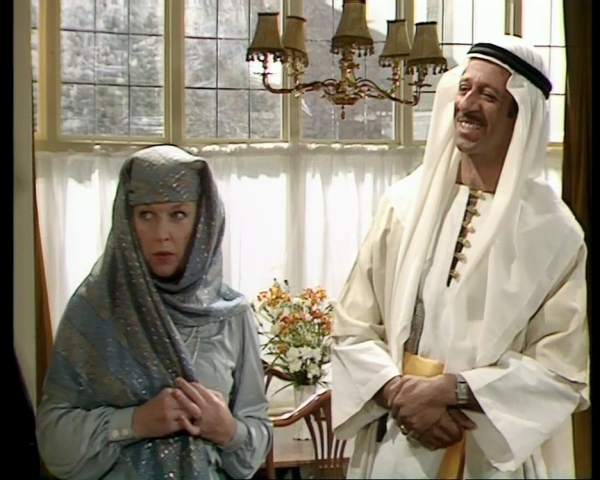 Once again, the number of prime time repeats rather surprises me. My recollection of this era tended to confine re-runs mostly to July and August (a dead couple of months,  which saw the impatient viewer counting down the days before the exciting new season launched in September).

One Arabian Night is the Terry and June episode on offer. Written by Colin Bostock-Smith, it’s a politically incorrect half hour – Derek Griffiths guests as an Arab Prince who takes a shine to June and offers to buy her for fifty camels.

We’re on firmer ground with Juliet Bravo (The Day The Circus Left Town). The Kenny Everett Show is also worth a look – it’s a re-run from the third series, so the strike rate is still pretty high (the show tended to tail off somewhat during the next few years).

Over on ITV there’s Duty Free – a series that was incredibly popular at the time (even displacing Coronation Street at the top of the ratings) although didn’t seem to generate an equal amount of love. Even today, it’s seen as a lesser part of the Eric Chappell canon – but I’ve always loved it. Very studio-bound, it has the feel of a stage farce which is one of the reasons why I’ve always found it appealing. When the Christmas Special went to Spain for location filming it seemed to kill the comedy stone dead, which suggests that the artificiality of studio VT work can sometimes be a positive.

And if there’s time I’ll catch a bit more of Edward and Mrs Simpson. 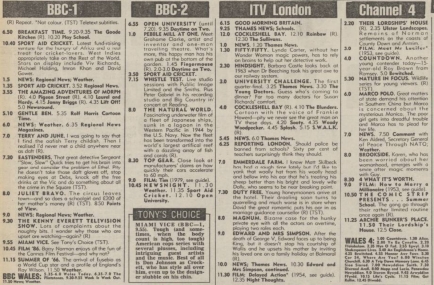