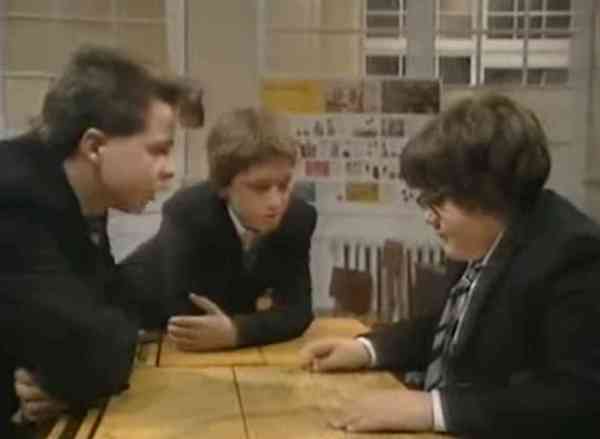 Up first this evening is Angels, and an episode from the series’ penultimate run. I’ve yet to find Angels‘ reformat into the ‘soap’ format (2 x 25 minute episodes each week) that engrossing, although maybe I’ve yet to give it a fair chance. It’s another of those series that I need to really find the time to watch consistently in sequence. Maybe it’ll be another one to attempt next year. I’ll add it to the list ….

BBC2 offers a Grange Hill repeat from series five, originally broadcast earlier in the year. It’s this one, which continues the harsher tone that’s quite noticeable this year. I’ve no doubt touched upon this before, but it’s interesting to wonder just how much input GH‘s producer (this year was Susi Hush’s sole year in charge) had in the direction of the series. Possibly the scripts had already been locked down before she arrived, but the emergence of Gripper as Roland’s nemesis throughout series five was something new for the series (previously, bullies had tended to restrict their reign of terror for only a few episodes).

The Further Adventures of Lucky Jim is on at 9.00 pm. Given that it was written by Clement and Le Frenais it’s a curiously forgotten sitcom, although it’s true that the pair do have a number of equally obscure entries in their back catalogue. It’s certainly worth checking out, even if it’s easy to initially miss that the series was set in the late sixties. Today’s episode can be found here.

Over on ITV, it’ll just be Coronation Street for me. 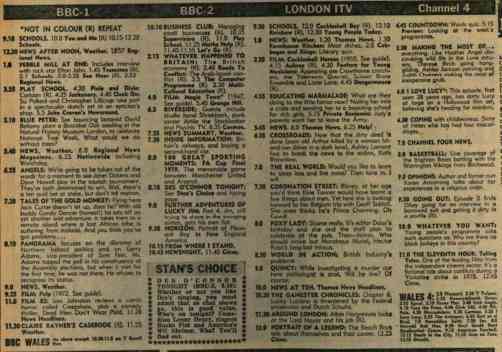