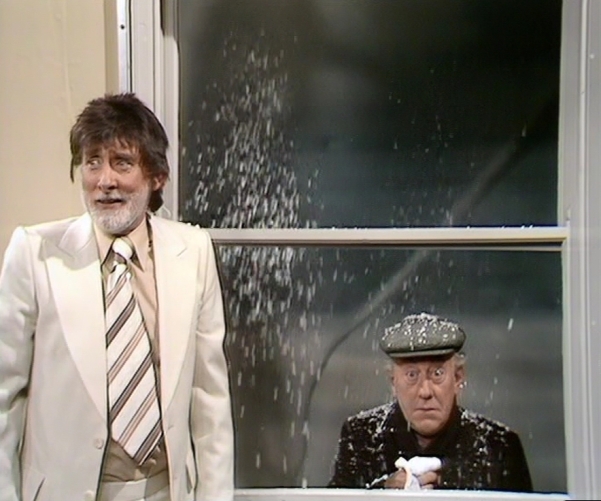 During the next seven days I’ll be sampling April’s schedules between 1979 and 1985. As before, I’m only going to choose programmes that I can actually source from my archive, so anything which looks intriguing but I don’t have will have to be sadly passed over. Let’s dive in ….

BBC1 offers a repeat of Happy Ever After which is followed by a repeat of Accident (no doubt the high preponderance of repeats was irritating certain viewers).

Accident has reached episode two, Take Your Partners. It’s an interesting series, which focuses on the ramifications of the same event (a multi vehicle accident) from different perspectives. This gives it a similar feel to Villains (LWT, 1972). There’s no shortage of good actors across the series’ eight episodes and this was one of three directed by the always reliable Douglas Camfield.

Over on ITV, there’s chicken issues in Coronation Street (a short-lived but nevertheless amusing plotline which sees an initially reluctant Hilda transformed into a doting fowl lover). Later I’ll be crossing over to BBC2 for the start of a new series – Q8. By this point, Spike Milligan’s idiosyncratic sketch show defies any sort of description – but, if you’re in the right mood, there’s usually some nuggets of gold still to be found.