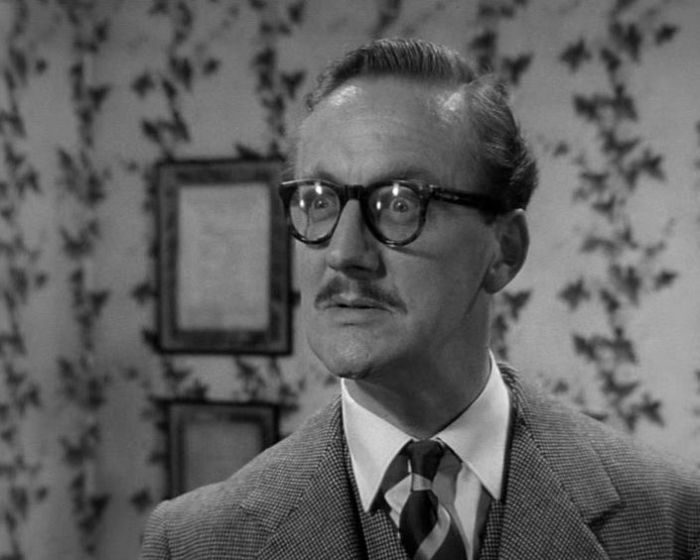 A successful actress called Barbara Crane (Helen Cherry) accidentally knocks down and kills a tramp.  Another car, driven by a man known only as the Colonel (Colin Gordon), was passing at the time and he suggests that in order to prevent a scandal, they get rid him – after all, there’s a cliff nearby and it’s easy enough for him to tip the body over.  But if Barbara thinks the nightmare is over then she has to think again as shortly afterwards she starts to receive threatening blackmail calls ….

Play to Kill is quite a neat story, although it’s one where Brady is very much surplus to requirements.  When Barbara receives the blackmail messages we don’t see the face of the man making the call, so it’s easy to incorrectly assume that it’s the Colonel.  As so often throughout the series, the quality of the guest cast is a source of joy and the very recognisable Colin Gordon is no exception to this rule. That ITC were targeting American sales seems obvious when the Colonel refers to the dead man as a hobo. It’s such an odd word for an Englishman to use (although possibly it was intended as a signifier that the urbane Colonel wasn’t all he appeared to be).

And in a story with a strong theatrical atmosphere it shouldn’t come as any surprise to learn that not everything we’ve seen so far should be taken at face value. When the Colonel – who admits to Barbara that he is involved in the blackmail plot – is killed, it spins the story off in another direction. If the Colonel wasn’t the blackmailer (he was just a hired hand) who is?

Suspicion falls on the theatre where Barbara is rehearsing her new play. There’s quite a few possibilities such as the harassed director Simon Wallace (Garry Thorne) as well as Barbara’s disgruntled co-star Tom (Hugh Latimer), infuriated that she keeps fluffing her lines. Then there’s the photographer to the stars, Arthur Arthurson (Vincent Holman) or maybe it could be the charming Walter Manton (Ballard Berkeley).

Berkeley, forever to be known as the befuddled Major in Fawlty Towers, was an actor with a considerable pedigree before his late brush with fame at a Torquay hotel occurred. Here, he’s charm personified whilst Holman, another actor who appeared in many major British films (albeit in small roles), has a nice cameo as the eccentric photographer.

And what, you may ask, has Peter Brady been doing all this time? Not a great deal, it has to be said. He does get involved with the original blackmail payoff and is on hand to deal with the blackmailer at the end, but it’s Barbara who unmasks him – so with a little spot of rewriting this story could have dispensed with the Invisible Man altogether.

But it’s still entertaining and even if the plot twists shouldn’t take you by surprise, Play to Kill is another solid episode which coasts along thanks to the experienced hands in front of the camera.