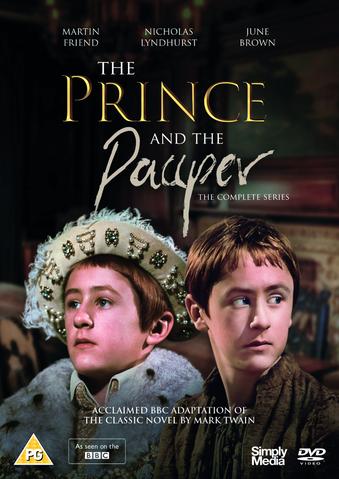 Tom Canty, a street urchin, and Prince Edward, heir to the throne, bear an uncanny resemblance to each other. After they meet by chance, the Prince hatches a scheme in which the pair swop clothes and identities temporarily.  This will allow Edward to move incognito through the streets for an hour or so and get to learn a little about the ordinary folk he will soon be ruling.

But disaster strikes when Edward is captured by Tom’s cruel father, John Canty (Ronald Herdman). Unsurprisingly, no one believes he’s really the Prince of Wales whilst Tom, trapped in the palace, is equally unhappy.  The nobles take his protestations about being a commoner as a sign of madness, with Tom ending up as a pawn in a power game – the control of England being the prize ….

Published in 1881, Mark Twain’s evergreen nove! has spawned numerous big and small screen adaptations.  This BBC Classic Serial from 1976, adapted by Richard Harris and directed by Barry Letts, has many plusses in its favour – not least Nicholas Lyndhurt’s deftly played dual role as Tom and Edward.

The fourteen-year old Lyndhurst already had television experience (most notably in two previous classic serial adaptations – Heidi and Anne of Avonlea) but it still must have been a daunting prospect for him to have shared the screen with so many heavyweight actors.  He acquits himself with assurance though – creating two very separate personas for Tom and Edward (deferential and brow-beaten for Tom, autocratic and outspoken for Edward).

A quick glance down the cast-list makes it obvious that Barry Letts was in the directors chair. The first episode alone sees brief appearances from the likes of Dave Carter, Stuart Fell (as a juggler and fire-eater) and Max Faulkner.  Several other faces familiar from the Jon Pertwee era of Doctor Who enjoy decent roles, most notably Bernard Kay as Lord Hertford.

Kay, like many of the nobles at court, might be afflicted with a false beard, but as a very classy actor he’s easily able to rise above this handicap.  Nina Thomas is delightful as the sweetly concerned Princess Elizabeth whilst Martin Friend and Ronald Lacey, as Lords Sudbroke and Rushden, are both good value as a pair of devious plotters (Lacey was one of those actors who should have appeared in a Doctor Who, but sadly never did).

Ronald Radd is someone else who surprisingly never got the Doctor Who call.  As the ailing King Henry his understated playing bolsters the already strong cast. Henry’s death-bed imaginings is one highlight amongst many throughout the six episodes. Sadly this was one of Radd’s final roles – broadcast shortly before his death at the age of just forty seven.

June Brown does well with the fairly thankless role of Mother Canty (having little to do but act concerned) whilst Ronald Herdman might be a little ripe as John Canty but is still effective.  The early evening slot these serials enjoyed meant that violence tended to be implicit (so whilst we often see Canty raising his hand to Tom/Edward, blows are rarely struck).

But there is one jolting moment. Canty strikes down the inoffensive and bookish Father Andrew (Donald Eccles) leaving the old man dying the street, a trickle of blood on his face.  This sudden outburst of rage from Canty does help to illustrate that he’s an unstable powder keg, liable to explode at any moment, and therefore a constant danger to the outspoken Edward.

As the story progresses, both boys are drawn deeper into their new lives. Edward, despite making a new friend – Miles Hendon (Barry Stokes) – finds himself lurching from one dangerous situation to another, eventually ending up in prison. Meanwhile the increasingly confident Tom, following the death of the King, has to face the possibility that shortly he’ll be the focus point of a coronation ….

If the cast are first-rate, then there’s plenty to enjoy on the production side as well.  Kenneth Sharp’s sets are impressive, with several palace rooms possessing an imposing sense of scale.  James Acheson was an extremely safe pair of hands to have as the costume designer (later he would pick up three Oscars) so there’s no complaints there either.

The exterior film sequences gives the serial a glossy feel, although – as was the norm – most of the action takes place in the studio (and on videotape).  I’ve no doubt that Barry Letts relished the challenge of depicting the brief meeting between Tom and Edward.  There’s a very effective split-screen shot, but I was also impressed with a CSO mirror shot (Barry loved his CSO, sometimes to extremes, but this sequence works well).

Running for six episodes, each around 27 minutes duration, The Prince And The Pauper is a good example of the BBC Classic Serial output from the 1970’s.  It may lack the production gloss of later adaptations, but the excellent cast and fidelity shown to the source material means that it’s a very enjoyable watch.  There are many different versions of The Prince And The Pauper out there, but I have no hesitation in warmly recommending this one. 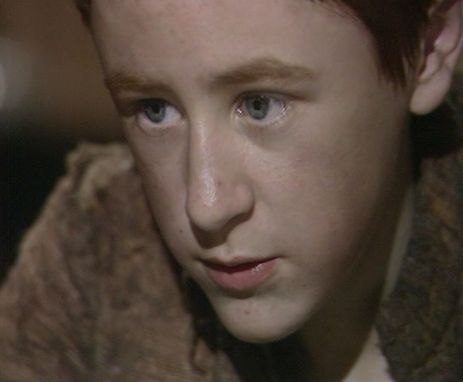 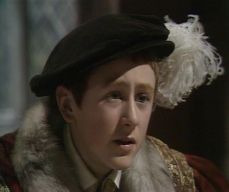 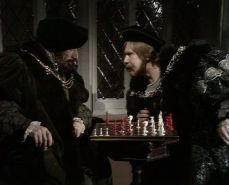 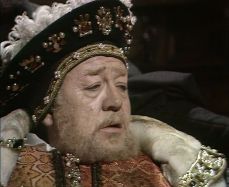 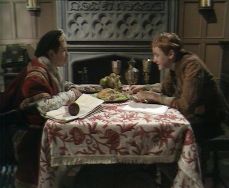 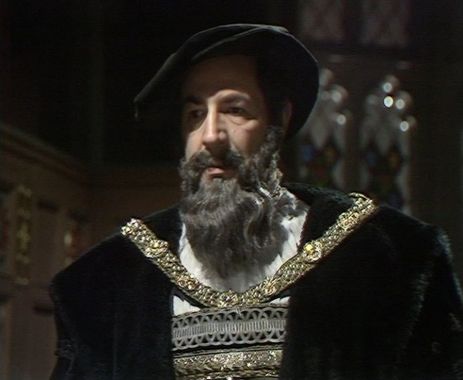 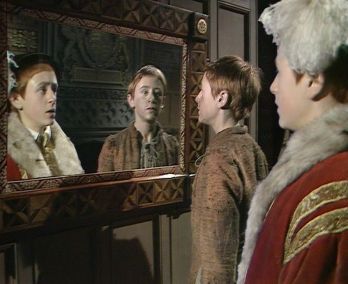 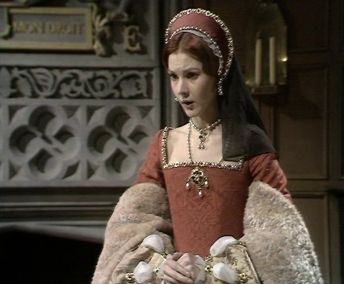 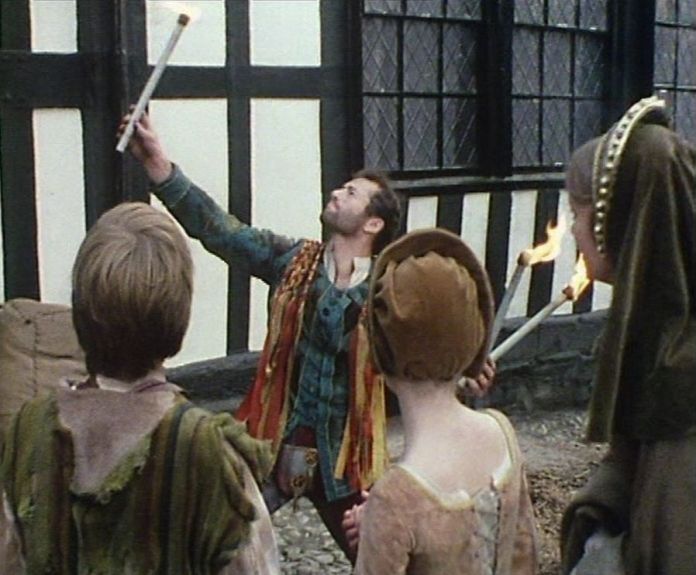